A vaccine for coronavirus could be ready to test on patients in four months amid a global push by scientists backed by £20million from the British Government.

An ‘unprecedented’ target has been set to find a vaccine and start clinical trials by June, it is announced today.

The Government made its cash pledge to an international team of experts who specialise in speeding up the development of vaccines in response to major outbreaks around the world. 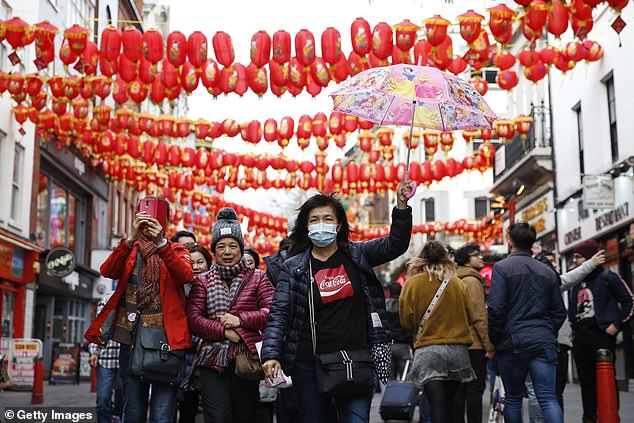 A vaccine for coronavirus could be ready to test on patients in four months amid a global push by scientists backed by £20million from the British Government. Pictured: Tourists in Chinatown, London, yesterday

Scientists admit the timescale set by the Coalition for Epidemic Preparedness Innovations (CEPI) is ‘extremely ambitious’ but say the global spread of coronavirus means the urgency is crucial.

The death toll within China’s borders has risen to more than 360 and the virus has claimed its first victim outside the country as it was reported a 44-year-old man from Wuhan had died in the Philippines.

The only two confirmed cases in the UK remain a student from York University and their relative, who fell ill at the Staycity apartment in the city and are now being treated at a specialist unit in Newcastle. 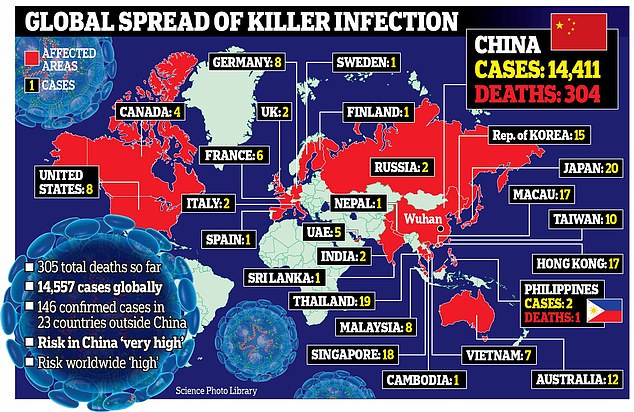 An ‘unprecedented’ target has been set to find a vaccine and start clinical trials by June, it is announced today

Another 264 people have tested negative, while officials from Public Health England are still trying to trace 385 people who flew to the UK on direct flights from Wuhan in China between January 10 and January 24.

Yesterday 11 more Britons were evacuated from China to spend a fortnight in quarantine at Arrowe Park Hospital in the Wirral before returning home. They will be quarantined at the facility for 14 days along with the 83 people who were taken there last week.

As the funding for a vaccine was announced, Dr Richard Hatchett, chief executive of the Norway-based CEPI, said: ‘We welcome the UK’s continued support and funding for our vital work, which comes at a crucial moment as the world races to respond to the emergence of a novel coronavirus.

‘The rapid global spread and unique epidemiological characteristics of the virus are deeply concerning. Our hope is that, with our partners, we can get an investigational vaccine from gene sequencing of the pathogen through to clinical testing in 16 weeks.’

Currently there is no protection against coronavirus, which has now infected more worldwide than the 2002 Sars epidemic. 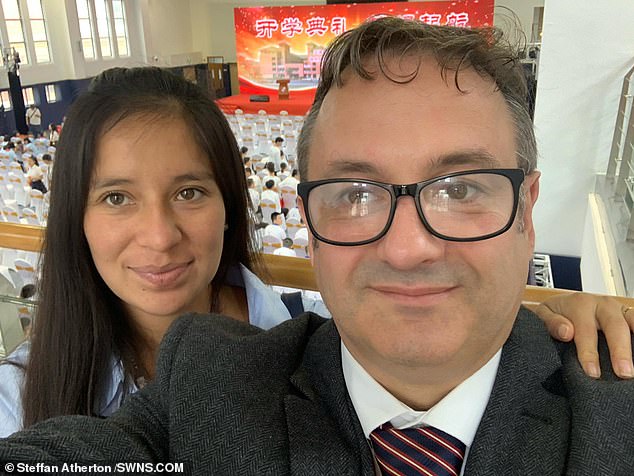 At the weekend Steffan Atherton (pictured with his Peruvian wife Diana), a British art teacher in the Chinese city of Fuzhou, posted a video of himself fighting tears during a phone call with the British Embassy in which he was told he could not be evacuated

PREV 'I wasn't worried!' says evacuee driver who was pictured without a protective ...
NEXT Former Belgian-Nicaraguan political prisoner calls for probe into Ortega government