What a light-mare! Family in bitter legal stand-off with home building firm Crest Nicholson after TWO lampposts were erected in their garden Steve and Louise Price moved into four-bedroom house in Maldon, Essex in 2016 The couple were told by builders that a lamppost had been put up in wrong place Row over where lamppost should have been left them with two in their garden

By Izzy Ferris For The Daily Mail

And to make matters worse, Steve and Louise Price have also discovered the garden of their newbuild home is 3ft shorter than it should have been.

The trouble began when the couple were told by builders that a lamppost had been put up in the wrong place.

When they checked the plans for their property it revealed the 35-inch shortfall. 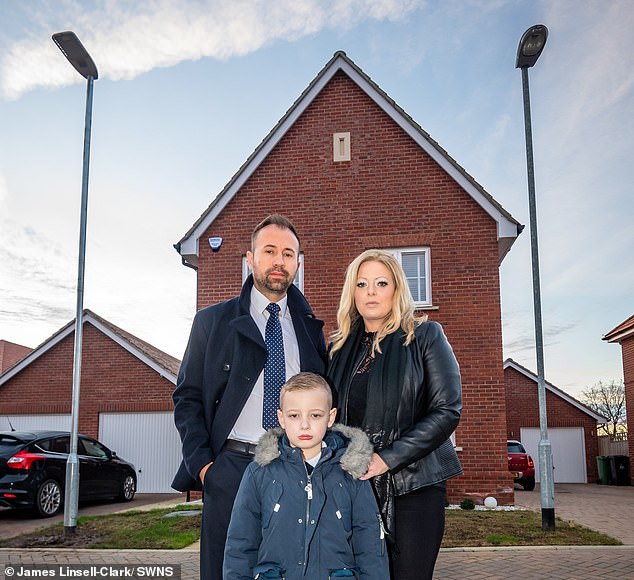 A row over where a lamppost should have been sited has left Steve and Louise Price with two in their front garden. The public service worker and his banker wife, 40, moved into the four-bedroom house in Maldon, Essex, with their son Charlie, now six, in 2016

Developers Crest Nicholson then offered Mr and Mrs Price £15,000 compensation for the lost land – and a further strip of 19 inches the council would need for maintenance of the lamppost.

A legal battle ensued, during which Mr Price claims the payout