These are the faces of ten extremists who are set to be back on Britain's streets within months under existing laws which allow them to be released midway through their prison sentences.

Yesterday, Boris Johnson vowed to overhaul this current system and stop 220 terrorists from being freed early.

Yet lawyers are already warning the Prime Minister's snap proposal could backfire because it does not guarantee the extremists are placed under the same supervision which they get in the transition period when they are released early.

And last night it emerged that around 20 suspected Jihadists are being 'rigorously tracked' on the streets of Britain.

Understaffed operations mean most struggling resources are being sent to new alerts, The Mirror.

Terrorists are currently freed after serving half or two-thirds of a sentence, depending on when they were jailed and the type of punishment imposed.

Some may have had to serve longer if their behaviour behind bars was disruptive.

However, they may have spent time on remand before conviction – which is effectively deducted from the sentence.

The Prison Service refuses to discuss individuals, but the Daily Mail's Home Affairs Correspondent David Barrett has named names some of the convicted terrorists thought to be due to be eligible for release this year - yet are among the extremists now in jail likely to be affected by the Prime Minister's plan. 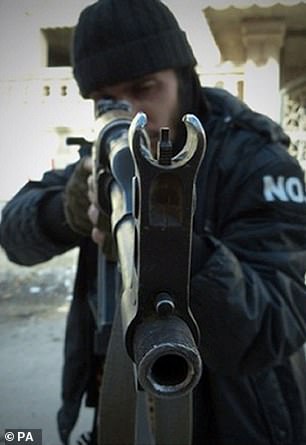 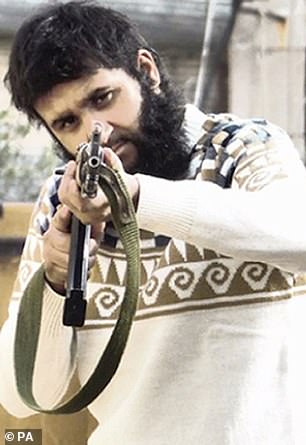 Mohammed Ahmed (left) and Yusuf Sarwar (right) were jailed 15 years and three months in 2015 for preparation of terrorist acts. Their earliest release date is November 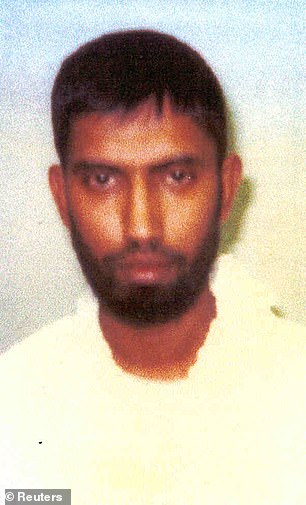 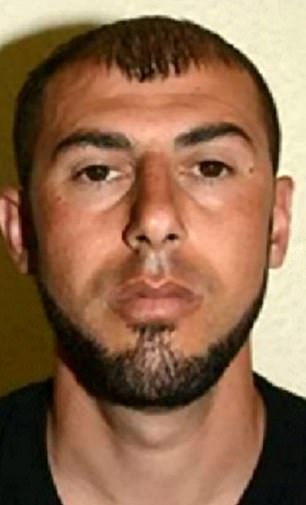 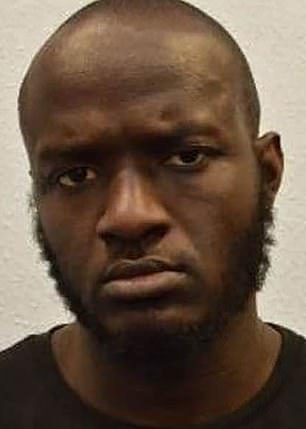 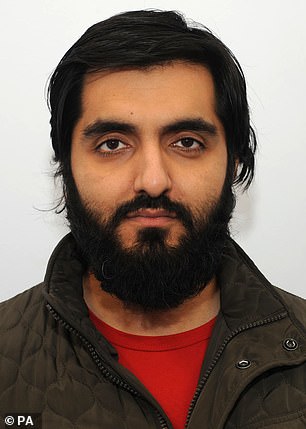 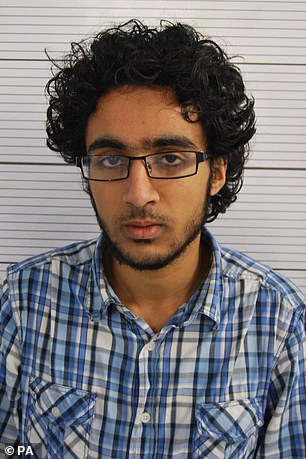 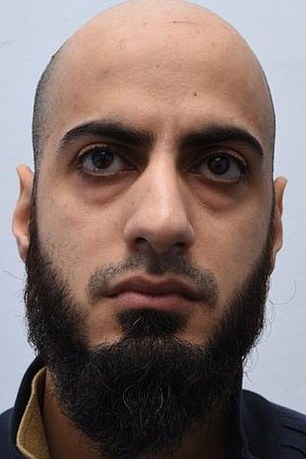 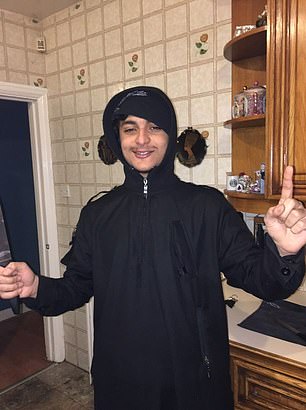 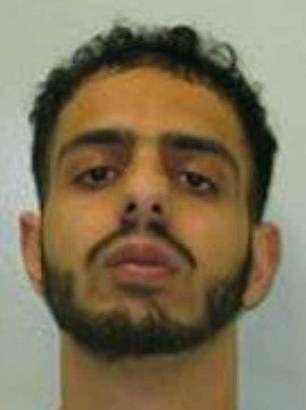 As the PM scrambled to appease a national outcry over early released terrorists:

Sources said Streatham terrorist Sudesh Amman failed to attend deradicalisation courses in prison and was associating with extremists, telling them he approved of the London Bridge terror attack last year;He was described by school friends as a dope-smoking weirdo who vowed: 'When I grow up I am going to be a terrorist';His ex-girlfriend described their relationship as 'one of the worst experiences of my life';One of the two people he stabbed was revealed to be a nursery teacher who had been out for coffee with her friends;Police raided the home of Amman's associate, a drug dealer who is understood to have met the terrorist while playing video games online.

Some senior lawyers have poured cold water on Mr Johnson's overhaul of the system, and said it risks offenders walking free with no surveillance while simultaneously causing a huge backlog in the courts.

Law Society of England and Wales president Simon Davis said: 'Time on licence is intended as a transition from prison to full release.

'If the licence period is instead spent in custody, we risk releasing inmates without any supervision, without any transition and without any opportunity for the probation service to recall them to prison if there are concerns about their post-release behaviour.

'If the rules for some prisoners are now changed mid-sentence so that time on licence is actually spent in prison, there is greater chance those prisoners will want to appeal their sentences - further clogging up an already overloaded system.' 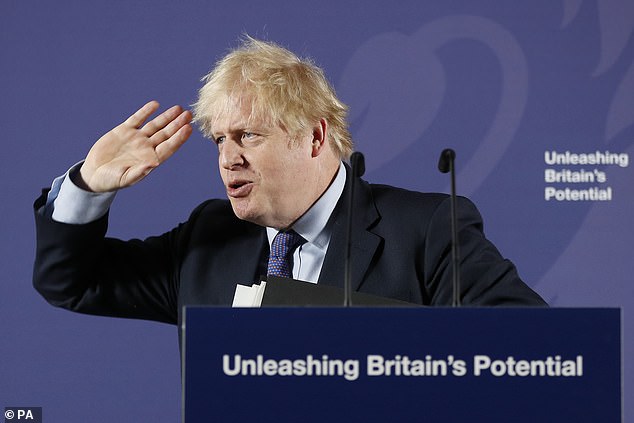 In the wake of yet another jihadist attack by a recently freed prisoner, Boris Johnson (pictured in Greenwich, London, today) is planning sweeping laws to prevent the early release of terrorists 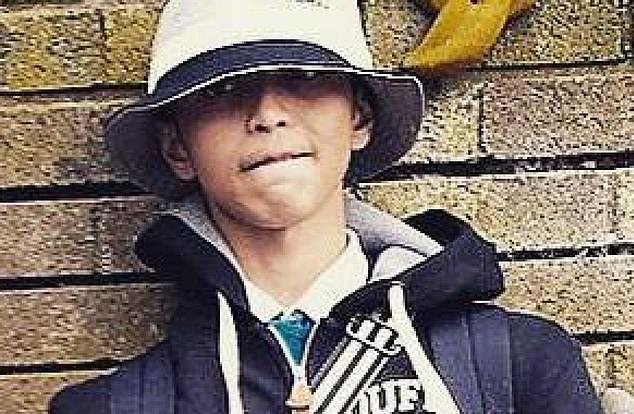 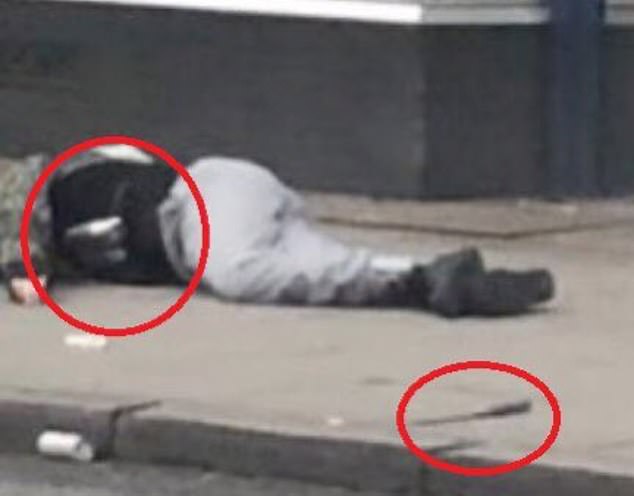 Amanda Pinto QC, chair of the Bar Council, said: 'In light of this announcement, we would urge the Government to take care in considering any sentencing changes that may apply retrospectively.

'Sentencing is a complex exercise, requiring consideration of a range of factors, including the need to express clearly and publicly the nature of the penalty which is being imposed, which we note was done in this case.

'It is important that any proposed reform which could retrospectively alter the punishment for an offence, should be the subject of careful consideration, to ensure that it complies with the rule of law.'

A spokesperson for the Parole Board said: 'Given the recent events at London Bridge and Streatham, the Parole Board understands and welcomes the Government's plans to ensure that terrorist offenders are not released automatically, as occurred in these incidents but are instead considered by an independent panel of the Parole Board. Our over-riding priority is the protection of the public.'

Robert Buckland, the Lord Chancellor and Justice Secretary, says he wants all terrorist inmates to undergo a parole review rather than being entitled to automatic release part-way through their sentences. 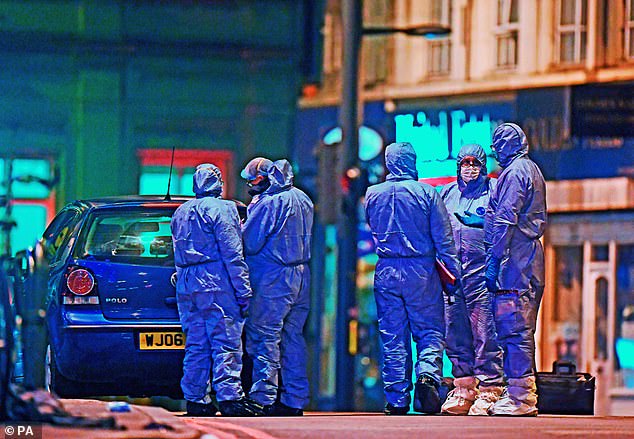 Police forensic officers work at the scene in Streatham High Road, south London after a man was shot dead by armed officers

This will apply to serving prisoners – thought to be around 220 – as well as those jailed in the future, he said, because of the 'unprecedented situation of severe gravity' facing this country.

Terrorists will only be eligible for release at two-thirds of the way through their sentence and only when the Parole Board agrees, he said.

Government sources said a review will look at whether some terrorists 'should ever be released'.

They hinted at an entirely new sentencing structure which would hand offenders a set number of years in prison, but they would not be released at all if they continued to pose a threat.

In other words, ministers may re-introduce controversial 'indeterminate' sentences.

Separately, last month Home Secretary Priti Patel announced offences such as 'preparing acts of terrorism' would have sentences significantly boosted in a new Bill. The minimum term would increase from three years to 14.

There will be emergency legislation this week to introduce restrictions on automatic release. Other measures will require an Act of Parliament.

The Parole Board will be bolstered with a new independent body, possibly named the 'terrorist public protection panel'.

It will comprise judges and former judges familiar with terrorism cases to decide when extremists should be freed.

The Lord Chancellor will have been warned he risks breaching terrorists' human rights.

Retrospective legislation potentially presents problems. Under the European Convention on Human Rights – enshrined in UK law under Labour's Human Rights Act 1998 – criminals are entitled to be dealt with by the law as it stands at the time.

We HAVE to get tougher or more may die: Former head of Counter Terrorism at the Met RICHARD WALTON says all terrorists should serve their full term

Commentary by Richard Walton, Former head of counter terrorism at the Met

The covert operation of the kind deployed by the Met's Counter Terrorism Command (SO15) against the Streatham attacker Sudesh Amman, a terrorist released recently from prison, was a major and complex undertaking. 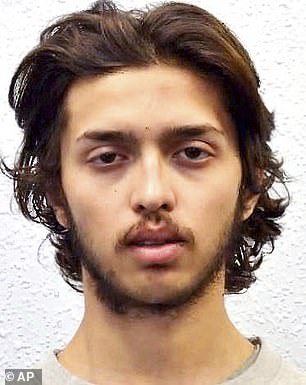 Sudesh Amman (pictured), was shot dead by police after he stabbed people in Streatham, south London, on Sunday

As I know from my time leading the Counter Terrorism Command, such operations are extremely costly and can be used only against a small number of targets, due to the finite number of specialist officers available nationally to carry them out.

That up to 25 officers were being used to watch Amman's every movement once he was released means that he was likely to have been considered a top ten terrorist threat in the UK. But why was he free in the first place?

To follow him – and reportedly stop his attack within seconds – would have required highly trained, dedicated surveillance officers, working alongside a covert specialist firearms team in support.

EXPLAINER-What the Federal Reserve has done in the coronavirus crisis