Filling up her car on the school run, this is the US mother refusing to return to the UK to face charges over Harry Dunn's death.

The Daily Mail tracked down Anne Sacoolas in Virginia six months after she fled Britain following the fatal crash.

Harry's family said the pictures were 'sickening' and it was 'galling' to see Mrs Sacoolas, 42, back in her old routines – and behind the wheel.

She is facing a charge of causing death by dangerous driving – but has refused to return to Britain and Washington has rejected an extradition request.

The Dunn family yesterday teamed up with a lawyer for victims of paedophile financier Jeffrey Epstein to demand justice. 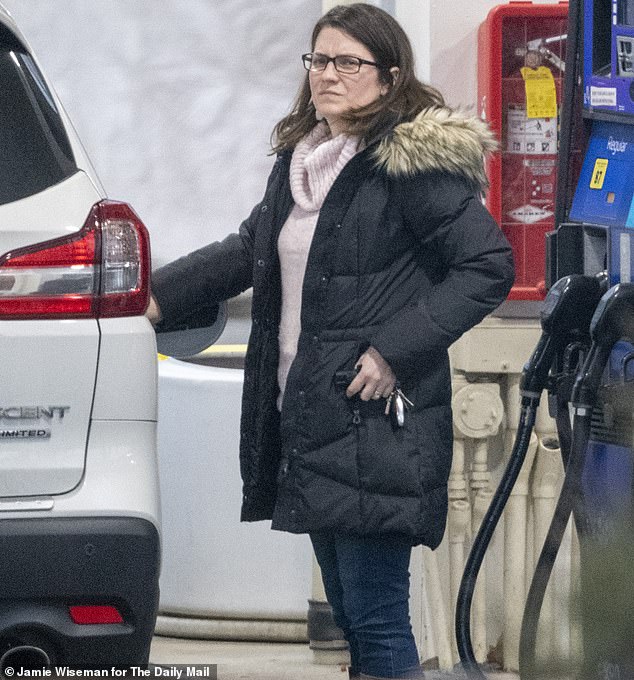 Anne Sacoolas, pictured in Virginia on January 31 where she and her family returned after she killed British teenager Harry Dunn 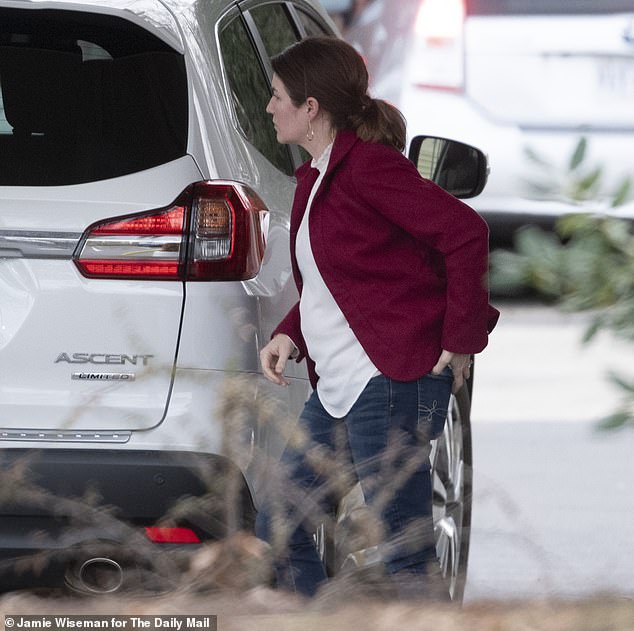 Dressed smartly in a red jacket and a white blouse, the mother-of-three appeared to have settled back into her life in Virginia 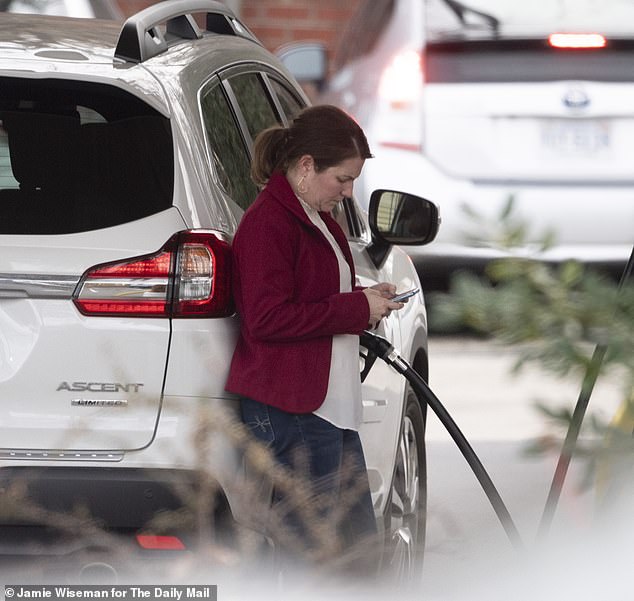 Filling up her car on the school run, this is the US mother refusing to return to the UK to face charges over Harry Dunn's death 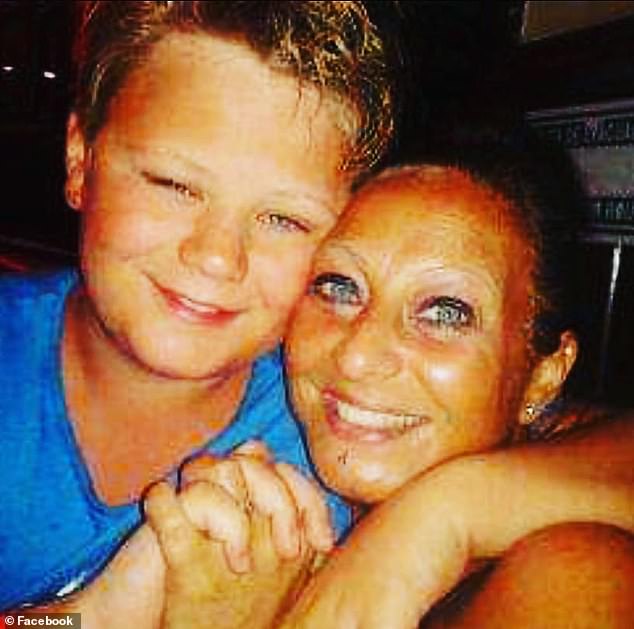 Linking the two cases, they called for Mrs Sacoolas to be extradited to Britain and for Prince Andrew to cooperate with an FBI investigation into Epstein.

She fled the UK citing diplomatic immunity due to her husband Jonathan's role as an intelligence officer at the base.

The Daily Mail found Mrs Sacoolas in a leafy suburb in Virginia on the outskirts of Washington DC.

She was pictured driving to pick up her children from their school and filling up her car.

If she had appeared in court in Britain, prosecutors would have had the option of applying for her to be banned from driving while she awaited trial for causing death by dangerous driving.

Mrs Sacoolas, her husband, and their three children, rented a sprawling four-bedroom detached home in Herndon, Virginia, for £2,100 per month after fleeing the UK within days of the crash.

She was spotted heading to a retail park which boasts a Starbucks, a series of restaurants and a supermarket, after the school run last Friday. She was later observed refuelling her limited edition Subaru Ascent SUV, which retails for around £35,000.

Mrs Sacoolas was photographed at the same petrol station on Monday and appeared relaxed as she texted on an iPhone while her children sat in the car.

Laura Dern wears thick padded coat and shades as she visits a friend across ...