Earlier this year, I was dining at a nationwide chain where I'm sure they served me beef in a dish that was billed as lamb on the menu.

I have investigated the food industry for more than 30 years, and reviewed restaurants weekly over that period, so I'm sure my hunch was correct.

Lamb has a different grain from beef, and a distinctive aroma; it also commands a higher price.

When I asked the manageress to check if there had been a mix-up in the kitchen, she came back saying the chef was adamant that the meat on my plate was lamb. 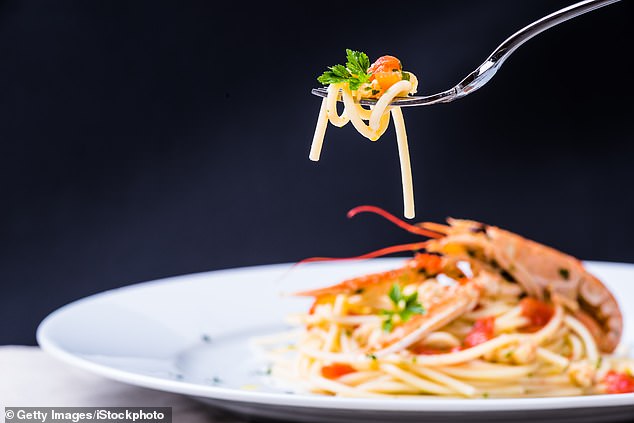 Fish and seafood are the easiest for restaurants to misrepresent, writes Joanna Blythman. (Stock image)

Because I was visiting the restaurant as an anonymous reviewer, I didn't want to blow my cover and reveal my credentials for recognising ingredients. And, besides, I couldn't prove it.

After all, I do not carry a DNA testing kit — the only way to have confirmed the truth about the meat in question.

There is no way of knowing how commonly restaurants mislead customers, but if the recent court case involving the Ask Italian chain is anything to go by, it could be happening more often than we think.

The judge fined Ask £40,000 for the misleading description, which to my mind, is a light penalty.

But the truth is that, in the catering business, opportunities for misrepresentation and downright dishonesty are endless, and the chances of being caught are slim.

As Professor Chris Elliott, the leading UK authority on food fraud warns: 'There's probably quite a lot of this type of thing going on in food service because of a lack of inspections and lack of testing due to budget constraints.'

There are now just three local authority food law enforcement staff in post for every 1,000 food establishments in England, Wales and Northern Ireland.

Fish and seafood — particularly expensive scampi, prawns, crab and scallops — are the easiest for restaurants to misrepresent.

If your fish is filleted or served as breaded goujons, would you be able to tell the difference between prime sole and a cheaper species such as catfish?

In 2016, when scientists used DNA testing to screen samples of white-fleshed fish used for ready-made sushi in England, they found that ten per cent of it was not correctly described on the menu.

Lamb, as I discovered first-hand, seems to represent a perpetual invitation to defraud.

In 2018, the owner of Concord Pizza in Sheffield was fined more than £1,000 after being found guilty of selling 'lamb' kebabs actually made from less expensive beef.

It is only one of several takeaways to have been prosecuted for selling beef instead of lamb. 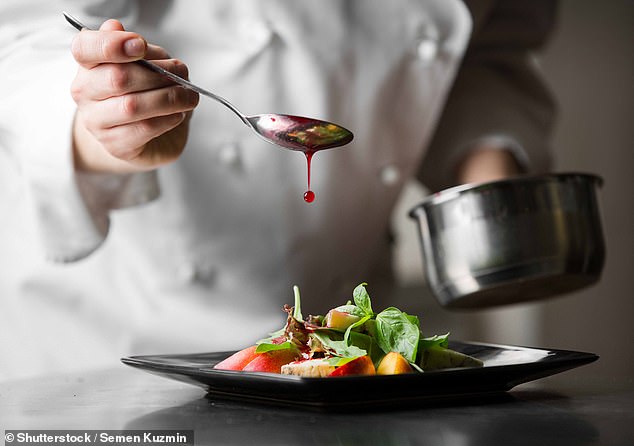 In the catering business, opportunities for misrepresentation and downright dishonesty are endless, and the chances of being caught are slim, writes Joanna Blythman. (Stock image)

The 2017 Food Fraud Report from insurer NFU Mutual found that 42 per cent of people felt that takeaways were the least trustworthy catering outlets. But similar cons take place in swanky restaurants, too.

The most extensive investigation into restaurant fraud in modern British history was carried out by Lancashire Trading Standards officers in 2010. Of the 41 randomly chosen premises they visited, 32 were making misleading claims on their menus.

The team identified 14 restaurant lies, including 'free-range' eggs that were nothing of the sort, 'fresh' mussels that came from the freezer, 'Goosnargh duck' that wasn't the prestigious bird, 'Bowland beef' from suppliers in Merseyside rather than the premium product from the family-run farm in Lancashire, 'local' samphire imported from Israel, and 'wild' mush- rooms that were actually farmed.

Of course, menus are prone to flowery exaggeration. Usually descriptions are left vague to allow for different interpretations.

PREV Trump's Venezuela plan calls for rivals to stand down, new elections mogaznewsen
NEXT Half-mile tunnel filled with over 4,000 pounds of drugs found near San Diego

Meet Daniel. He's one of over 600 Australians who've recovered from COVID-19