You've gate to be kidding: Simon the French Bulldog is determined to get HUGE branch into a field The pooch - named Simon, from Yorkshire - struggles with the large, heavy stick Simon runs towards the gate but both ends then get caught against the fencing  But the plucky pup eventually figures it out by ducking under an adjacent fence

This is the hilarious moment an adorable French Bulldog is determined to get a huge branch through a gate.

The pooch - named Simon, from Yorkshire - has gone viral after his owner Jane posted videos of him struggling to carry sticks that are three times as big as he is.

In the clip, Simon runs towards a gate with a huge branch in his mouth.

However, having no spatial awareness, he bangs both ends of the stick against the wooden fence, causing him to rethink. 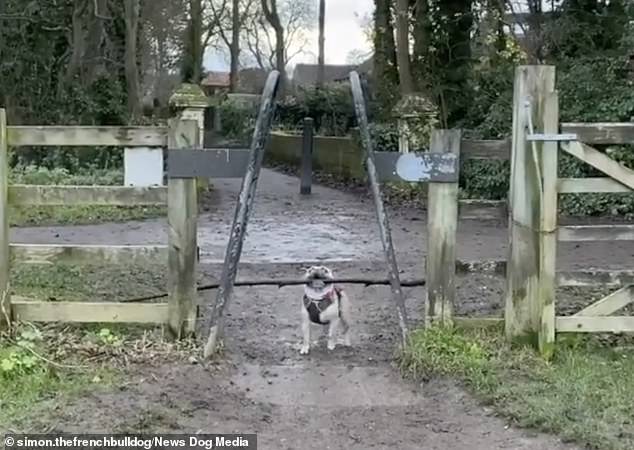 The pooch - named Simon, from Yorkshire - runs towards a gate with a huge branch in his mouth

He then drops the stick and tries to pull it through from the other side, but

Here's how governments have agreed to help households pay bills during the ...

Australia is closing its beaches from Bondi to the Gold Coast because of the ...