Cheesed off? Photographer captures two mice fighting on a Tube platform to become the Natural History Museum's Wildlife Photographer of the Year

From mice having a tiny tussle on a Tube platform to an Orangutan resting at ringside, these are the highlights of the Natural History Museum's Wildlife Photographer of the Year competition.

Raging rodents on the London Underground won the annual contest, as Sam Rowley's 'Station Squabble' captured a split-second spat over scraps of food.

It came out on top after 48,000 photographs of animals were this year submitted to the competition, with only 25 making the final shortlist of commended images.

The panel of judges said: 'Sam discovered the best way to photograph the mice inhabiting London's Underground was to lie on the platform and wait.

'He only saw them fight over scraps of food dropped by passengers a few times, possibly because it is so abundant. This fight lasted a split second, before one grabbed a crumb and they went their separate ways.'

Another entry entitled 'Losing the Fight' was among the most highly commended, as Aaron Gekowksi showed an Orangutan in boxing attire at Bangkok's Safari World.

Other stunning images show snow white Arctic reindeer camouflaged against the snow and a jaguar carrying an anaconda with her cub. 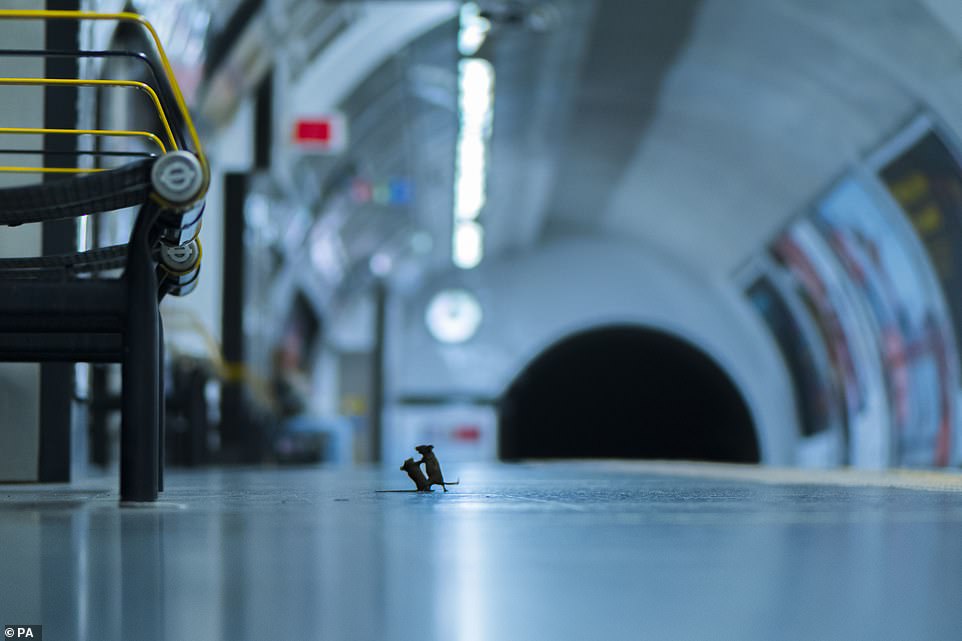 Pictured: 'Station Squabble' by Sam Rowley which shows mice fighting inside a London Underground station and has been crowned the

PREV An auction with a twist: Mona Lisa made of Rubik's Cubes goes on sale in Paris
NEXT us news Analysis of how badly the coronavirus could hit Apple