Horrific details of Anthony Sampieri's heinous sex attack on a seven-year-old girl moved a courtroom to tears on Wednesday as they were heard for the first time.

Sampieri was on parole when he bound and raped the child at knife point in the toilets of a dance school at Kogarah, in south-west Sydney, in November 2018.

During the horrific attack, Sampieri told the little girl: 'When you are bigger, you are going to like it.'

Gasps could be heard through the gallery and experienced reporters were reduced to tears as Judge Conlon described the attack during sentencing on Wednesday.

Much of what he told the court was too graphic to publish. 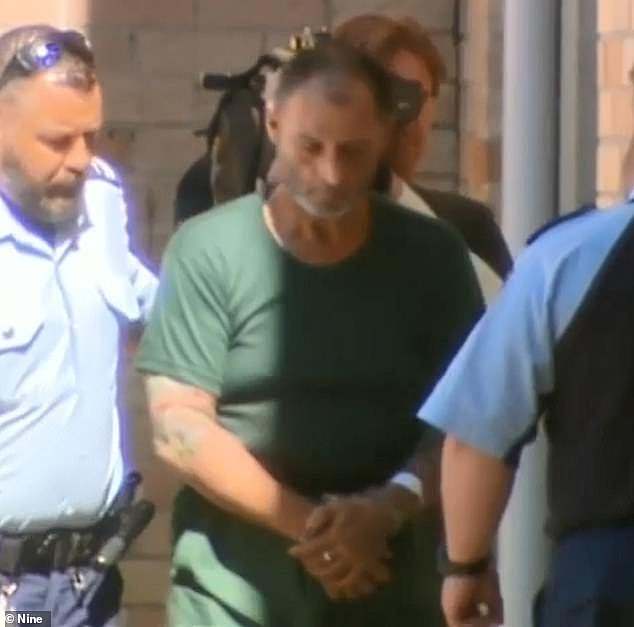 The 55-year-old was sentenced to life in prison for sexually assaulting the girl and stabbing a man who rushed to her aid.

Just hours after sentencing, Sampieri's son Daniel told Daily Mail Australia he was glad to hear his father - who he last spoke to months before the horror attack - would rot in jail.

'You can't fix someone like that, he was too far gone,' Daniel Sampieri said.

'They say if a dog gets blooded it's really hard to bring them back, and that's the way I see him.'

The 26-year-old had been estranged from his father for a number of years before the rapist attempted to reconnect with his son in mid-2018.

Daniel said he was 'devastated' to be related to such a vile criminal and on behalf of his family issued an apology to the young girl and her parents.

'I have something to say to all of them: I feel completely devastated that I am related to this person and I am so sorry for what he did to that young kid,' Daniel said.

'There is nothing I can do to make it better but I just want them to know that I’m thinking of them.'

Daniel also praised the efforts of Nick Gilio, an innocent bystander who was stabbed in the neck by Sampieri after rushing to the aid of the young girl.

The trauma of the incident forced Mr Gilio to quit his job as a diesel mechanic, but he received praise from his attacker's son.

'He put his life on the line for a girl he didn't know,' Daniel said.

'I don’t know what people are going to think coming for me, but I say good on him. I believe that he still has nightmares every night and he doesn't deserve that, so I am thinking of him too.' 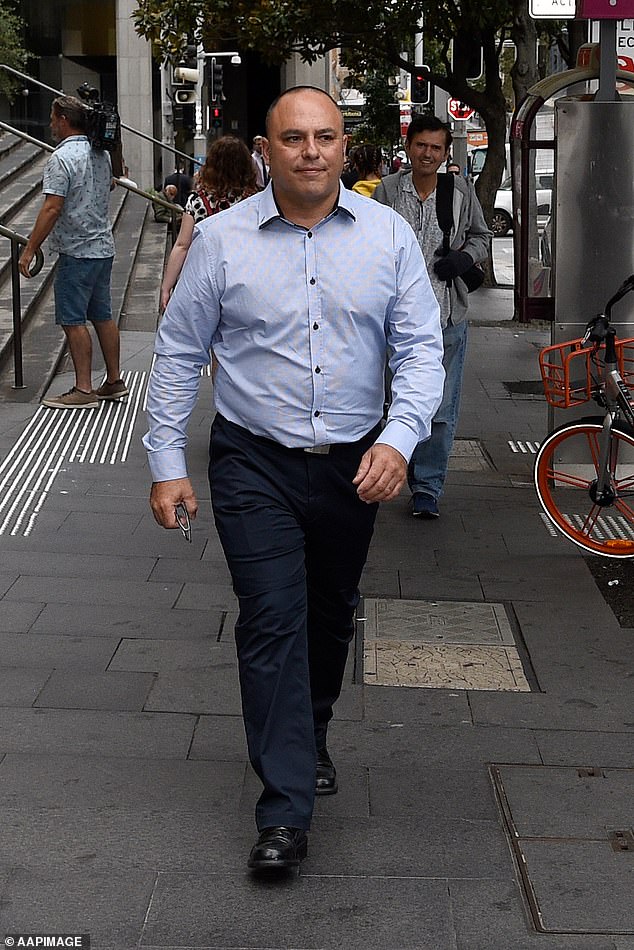 Mr Gilio was in court on Wednesday to see Sampieri sentenced, and outside broke down in tears as he shared a powerful message to the young victim he saved.

'To our little dancer and to her family; it was an absolute, my honour to have served you and freed you from the hands of evil. I don't regret a single second,' he said.

'Today is your day for justice. You day towards light and healing.

'My wish for you is that you grow to be a healthy, confident, strong grounded young woman who is caring and compassionate towards others.

'As for me there is not a day that goes by that I don't think you – you are there for eternity. Although I will not be there in presence, I will always send my love to you in spirit.

'You are now forever locked in my heart, you are my hero and you always will be and if we are to cross paths again please know it was only yesterday that I thought of you.'

Mr Gilio said Sampieri's life sentence had provided a 'bit of closure for everyone'.

'Life is life, let's get him away from innocent victims and good people in general,' he said.

'This is a society we want to be living in, void of these cowards.'

I'd like to start off by extending a huge thank you to the citizens and community of Kogarah, St George area of Sydney and Sydney as our city.

You have all shown this case compassion, respect integrity and honour with particular attention to the privacy of all parties involved.

A huge thank you to Jeffrey Stack for his assistance and strength in arresting this coward and also for his courage.

Members and employees of the press, thank you for treating this case in the same manner protecting the privacy of all involved especially the family of our little girl, the innocent victim of this heinous and despicable crime.

Crown Prosecutor Sally Stuart and her team at the Department of Public Prosecutions for their continued hard work and dedication also giving this matter the respect and integrity it deserves.

Same is to be said to the Sex Crimes Squad of Parramatta Area Command their dedication and compassion to us all has been consistent and endless. Continuing their support over the last 15 months working together with the DPP to ensure that we received our justice today.

This morning we were granted our justice not only for this case but for the many sexual assault cases that have gone before us.