A former British Airways chief steward has given a fascinating insight into what cabin crew are really thinking during service.

In Journey Of A Reluctant Air Steward, Simon J Marton produces a Jumbo-sized volume of revelations from his time in the skies.

He describes how he would analyse passengers as they boarded for potential trouble-makers, why he found business and first-class passengers the biggest headaches and the subtle psychological techniques he would deploy to calm people down. 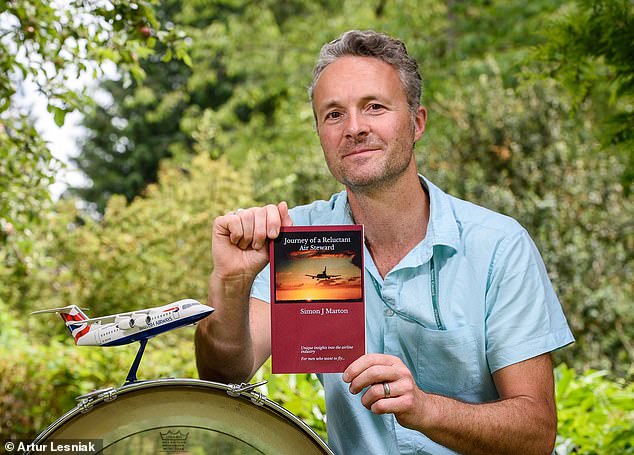 In Journey Of A Reluctant Air Steward , Simon J Marton produces a Jumbo-sized volume of revelations from his time in the skies

These insights come in the chapter titled ‘Passenger Psychology’.

Here married father-of-four Mr Marton, who joined the airline industry in 1996, describes how the greeting on the aircraft is ‘both a welcome and an analysis of several things… your boarding pass, your physique… could we use you as an able-bodied person in case of evacuation… but also your character and anything that might suggest trouble’.

He adds: ‘Rudeness is picked up on immediately, and any signs of a bad attitude, aggression or even danger are flagged mentally at that point. The commander is informed in the flight deck pre-departure of anything – no matter how slight – that could threaten the safety of the flight.’

Mr Marton, who now works for Wiltshire Council as an asset strategy officer, goes on to reveal that issues spotted by passengers, for example a potential defect in the airframe, are taken extremely seriously.

The 49-year-old can recall several occasions when a first officer has ‘come into the cabin to take a look for himself’ following an alert from a passenger. 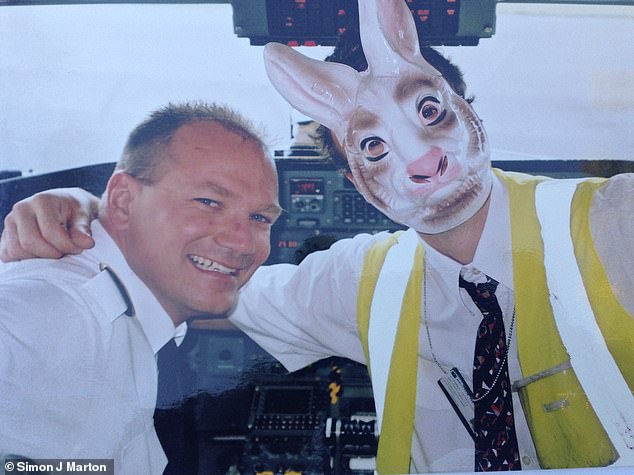 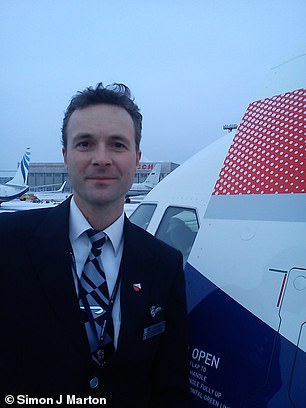 Mr Marton, who led cabin teams on 747s and 777s out of Heathrow, writes in his book that the ‘most demanding – and sometimes repulsive – type of