This is the moment a black student sparked fury for yelling 'there are too many white people' in a campus multicultural center.

The University of Virginia (UVA) scrambled to defuse a brewing race row after the as yet unidentified woman was filmed on social media berating her white peers for occupying the zone and making her feel uneasy.

After grabbing everyone's attention, she said: 'If you all didn't know, this is an MSC (multicultural student center) and frankly there are just too many white people in here.

'This is a space for people of color, so just be really cognizant of the space you're taking up because it does make some of us POCs feel uncomfortable when we see too many white people in here.'

Her inflammatory comments sparked a furious online row which forced the university to confirm the space is for everyone. 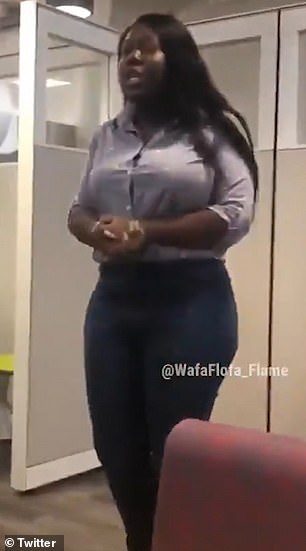 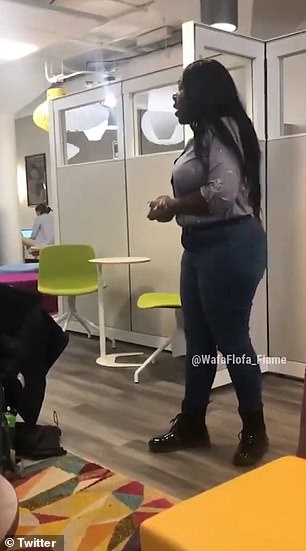 After grabbing everyone's attention, the student said: 'If you all didn't know, this is an MSC and frankly there's are just too many white people in here' 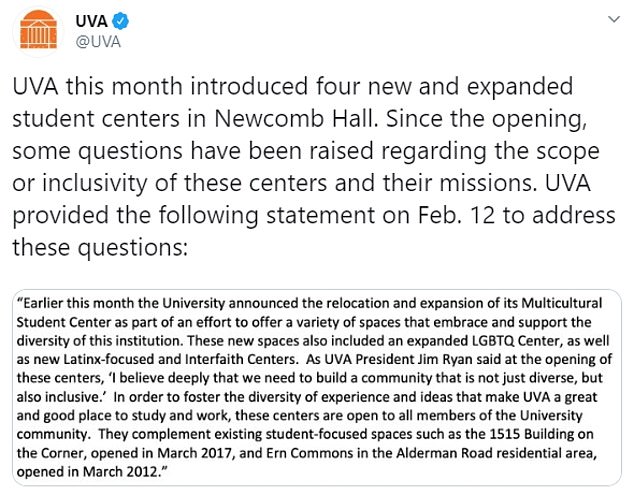 The clip, which was first posted by the conservative Young Americas Foundation, quickly became viral on social media, with many tweeting the student's attempts to turf white people out of the space were racist.

It prompted the university's president, Jim Ryan, to clarify that the new multicultural areas can be enjoyed by all students regardless of ethnicity.

A statement said: 'In order to foster the diversity of experience and ideas that make UVA a great and good place to study and work, these centers are open to all members of the university community.'

UVA's campus is based in Charlottesville, which has become a byword for racial tensions following the 2017 Unite The Right white-supremacist rally where nine black people were killed.

The black student's rant has racked up millions of views online and triggered a massive backlash. 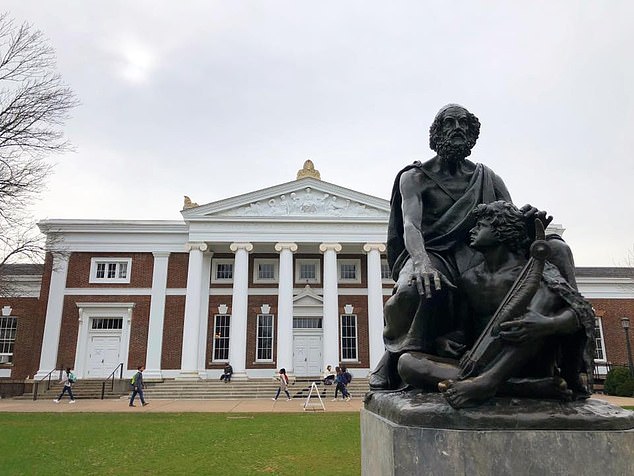 In May, UVA (campus pictured) approved student proposals to

PREV Prince William and Kate Middleton are 'set to stay away from Prince Harry's ...
NEXT Former Belgian-Nicaraguan political prisoner calls for probe into Ortega government