A major fraud scam involving claims to be from Amazon Prime was exposed by detectives today who warned the public that the conmen were operating country-wide with one victim losing all their life savings.

Police believe that the telephone scam has already netted the unknown gang more than £1 million.

Several of the latest victims to be contacted claiming that they have been duped into paying an Amazon Prime subscription live in Bedfordshire and today police in the county issued an urgent warning to the public. 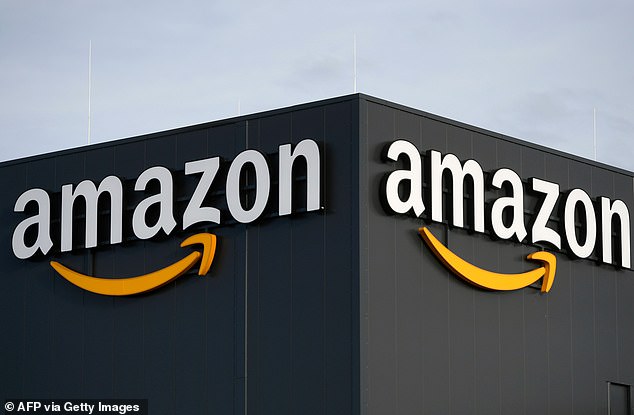 A 2019 file photo shows a picture of one of Amazon's German distribution centres. According to police, Bedfordshire residents are being duped by a scam which masks itself behind cancelling a subscription to Amazon Prime

The method behind the Amazon Prime scam
The unsuspecting victim receives an automated phone message, claiming that they've been charged for taking out a subscription for Amazon's Prime service.  The message tells the victim to press '1' on their phone, which they say will cancel the transaction.  On pressing '1', the victim is redirected to a fraudster posing as a Amazon customer service representative.  After schmoozing the victim, the criminals tell the victim to download software, which provides remote computer access, including personal and financial details.   Fraudsters have also tried to offer a refund for an unauthorised transaction on Amazon to gain access to the sensitive information.

A spokesman for Bedfordshire Police said: 'We are issuing a fraud warning after a number of Bedfordshire residents fell victim to a scam, with one losing their entire life savings.

'Action Fraud has reported that the scam was first reported in October 2019 and since has cost the victims more than £1 million.

'The scam is carried out by phone call, with the victim receiving an automated phone message that they have been charged for an Amazon Prime subscription. They are subsequently instructed to 'press 1' to cancel the transaction. When they do this, they