Hyperventilating in panic: Woman is wrongly sent a $45,000 Centrelink bill and told she can't contest it - before DHS finds it was a case of mistaken identity A Sydney woman has been slapped with a $45,000 Centrelink debt The woman was told she had been overpaid her parenting allowance  But she doesn't have any children and has never received government welfare

A case of mistaken identity saw a Sydney woman told she had to pay back $45,000 to Centrelink for benefits she never received.

When Tracey Donaldson*, 43, received the bill last month telling her she owed the government the huge amount she had supposedly received in parental allowance she began to hyperventilate and panic.

She was told she had to pay up immediately or she would be banned from travelling overseas and the government would draw money out of her bank accounts to cover the debt.

The threats persisted despite the fact Ms Donaldson was not a Centrelink user and does not have any children, reports ABC news.

When she told them this, she was informed they could not give her details on the matter because she could not prove her identity.

Ms Donaldson describes the overwhelming despair which took over when she got the letter. 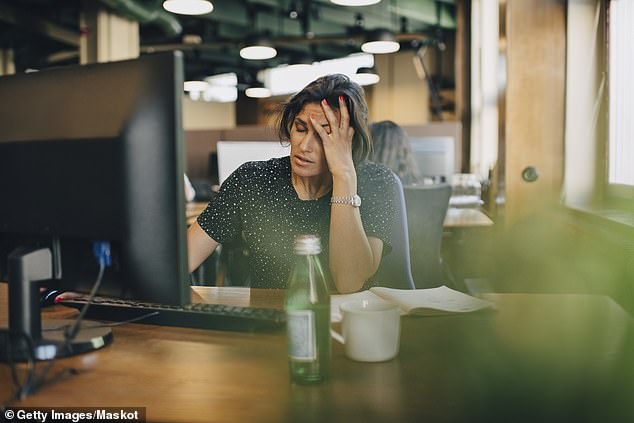 A case of mistaken identity has landed a Sydney woman with a $45,000 debt from Centrelink (stock image)

'I don't have panic attacks very often, but I actually started hyperventilating,' she said.

'I was so frustrated and no-one was giving me information.'

To make matters worse she was only ten days away from an overseas holiday and she was being told she could not leave the country.

The Centrelink debt was intended for a woman with the same name, who lived in the same suburb with almost exactly the same birthday.