Pictures of Canadian fashion mogul Peter Nygard partying with women in the Bahamas have emerged just days after he was accused of luring at least 10 teenage girls to the compound and sexually assaulting them.

Millionaire Nygard, who has links to Prince Andrew, is seen grinning and soaked with sweat as he watches three women dressed in tiny bikinis gyrate against each other inside his private nightclub on the property dubbed Nygard Cay.

Andrew visited Nygard at his lavish estate in 2000, after the fashion designer had agreed out-of-court settlements with three employees who accused him of sexual harassment.

The prince and his ex-wife Sarah Ferguson stayed at Nygard Cay, near Nassau, with daughters Beatrice and Eugenie.

The pictures emerged days after Nygard, 78, was accused of plying teenage girls with drugs and alcohol at the property before sexually assaulting them.

The images, obtained exclusively by DailyMail.com, were taken in the summer of 2007. There is no suggestion that any of the women in the pictures were sexually assaulted by Nygard, or that they have made such complaints.

In one frame he is seen holding onto a woman's bare bottom as she leans over, while others show him playing poker with a table of at least six female guests. 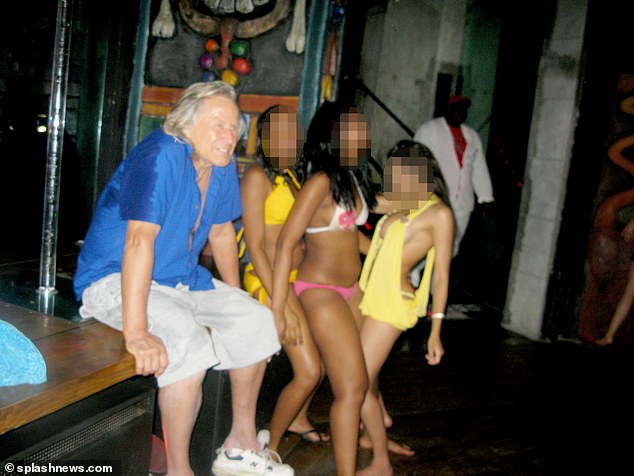 Canadian fashion mogul Peter Nygard, 78, is seen partying with scantily-clad young women at his mansion in the Bahamas in 2007 in photos obtained exclusively by DailyMail.com 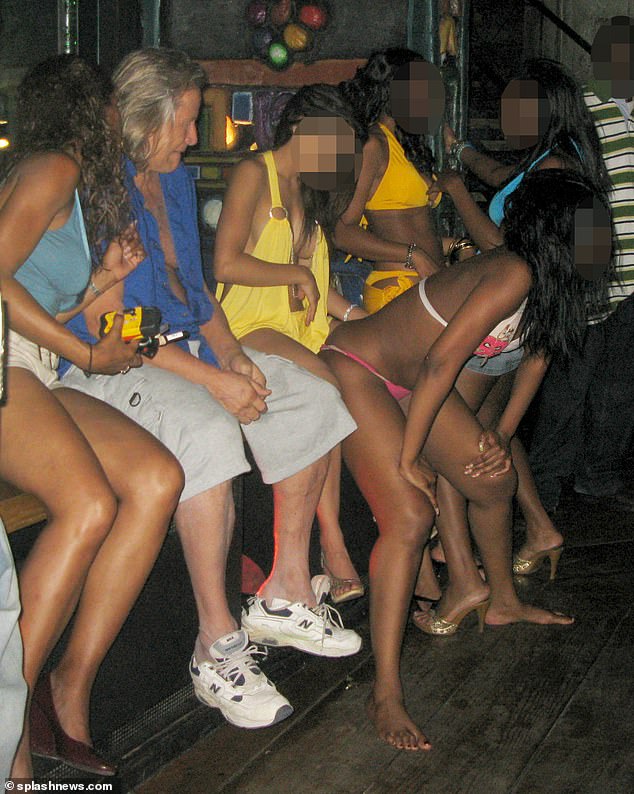 The photos, which were taken in the summer of 2007, emerged days after Nygard was accused of luring at least 10 teenage girls to the island compound, where he allegedly plied them with drugs and alcohol before sexually assaulting them 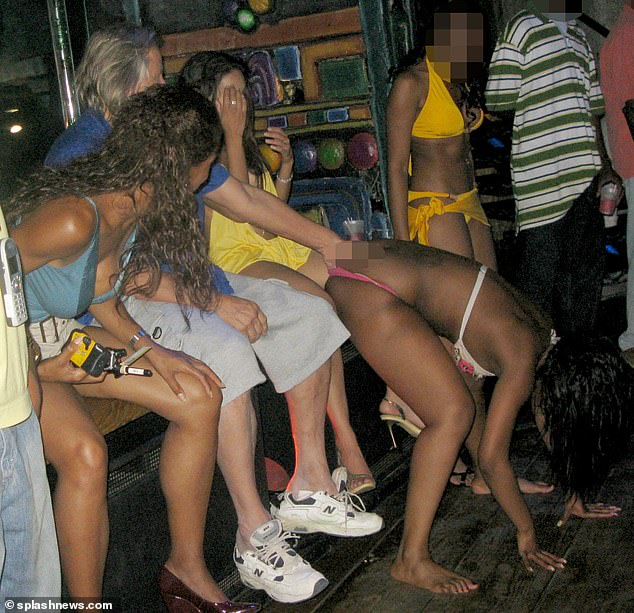 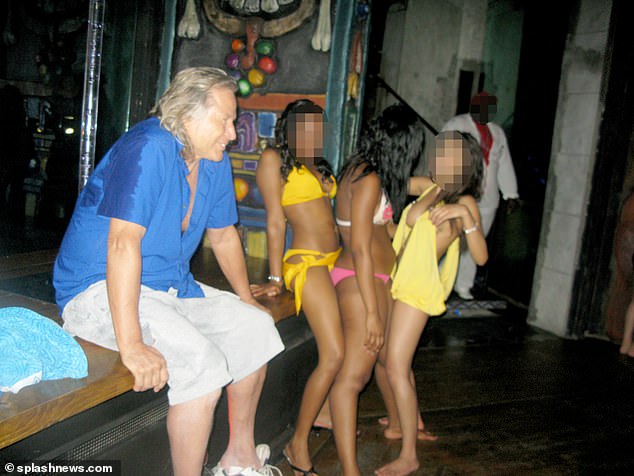 Nygard, the owner of fashion empire Nygard International who has an estimated net worth just shy of $1billion, is said to have previously hosted several A-listers at the compound, including Prince Andrew, Oprah Winfrey and former president George H.W. Bush.

Ten women say they were raped by the mogul at the compound.

The women filed a class-action lawsuit against Nygard in the Southern District of New York last Thursday, which claims that he ran a 'sex-trafficking ring' at the island home.

The suit alleges that Nygard lured 'young, impressionable, and often impoverished children and women' to his Mayan-themed vacation home in the Bahamas with cash payments and promises to launch their modelling careers.

Once the arrived, the girls were entertained at so-called 'pamper parties' where Nygard would have bartenders spike their drinks with the date-rape drug Rohypnol.

Nygard allegedly kept a database with details about each guest, which he would consult before picking a 'victim' to target at the weekly parties. 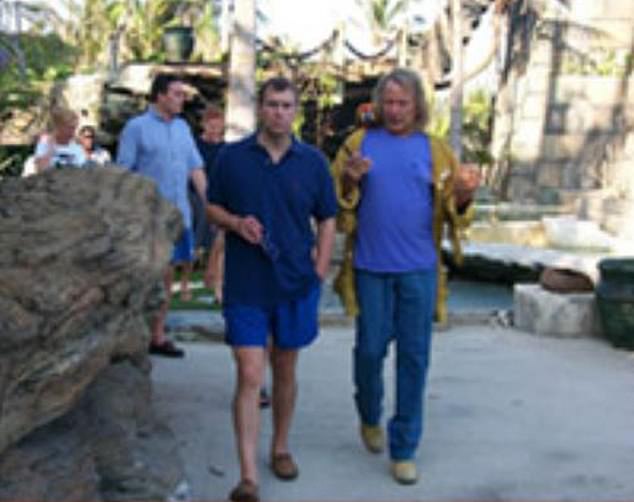 Prince Andrew and his ex-wife Sarah Ferguson reportedly visited Nygard's island getaway around June 2000. There is no evidence to suggest Andrew knew anything about Nygård's alleged activities, but the connection could prove embarrassing for the Prince, who has already faced intense scrutiny for his relationship with pedophile Jeffrey Epstein 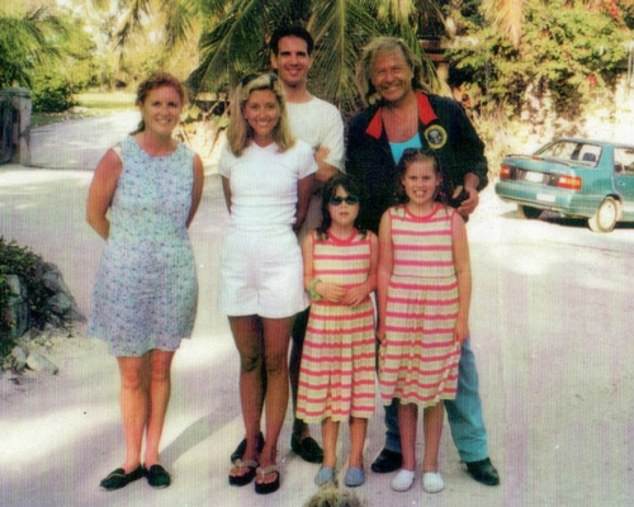 Sarah Ferguson (left) is seen with Nygard, her daughters, Princess Eugenie and Princess Beatrice, and Princess Marie-Chantal and Prince Pavious of Greece, in this photo from 1997 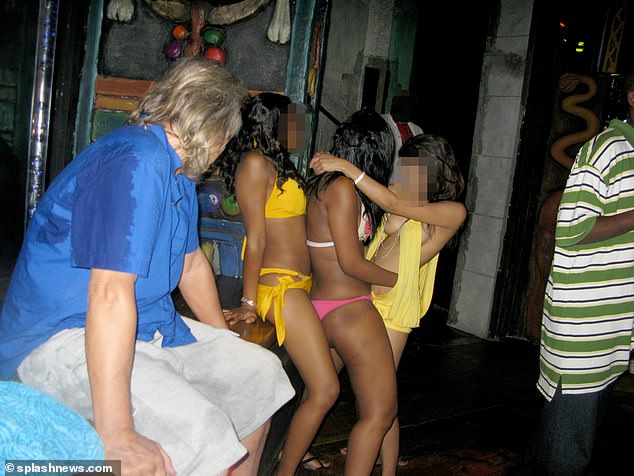 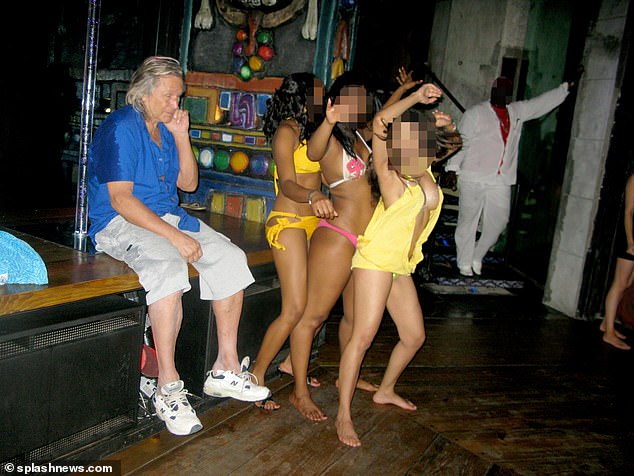 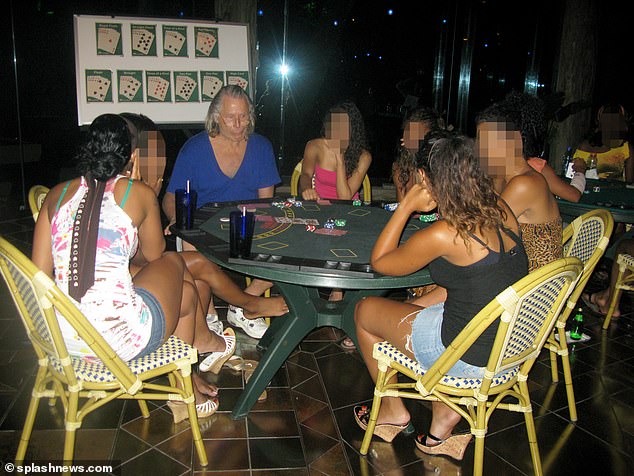 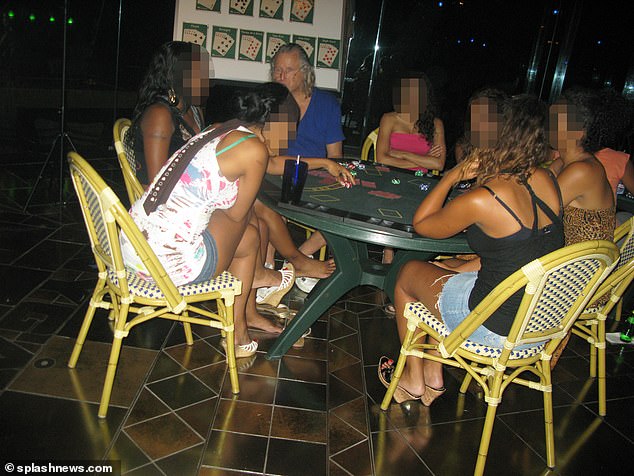 None of the women in the photos have been identified 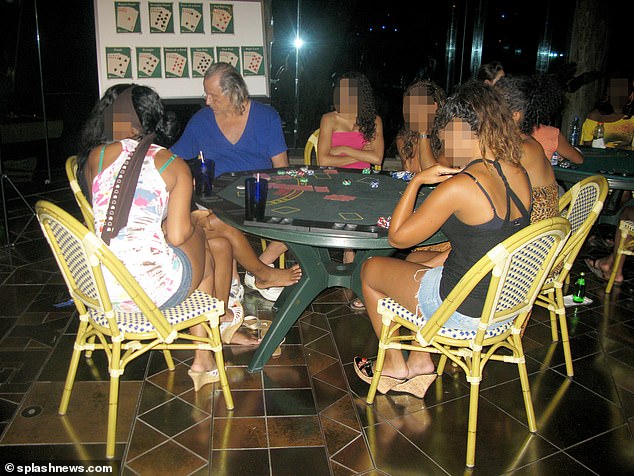 There is no suggestion that any of the women in the pictures were sexually assaulted by Nygard, or that they have made such complaints

The suit claims he would approach the targets and invite them to join him in the hot tub or his bedroom, where a rape would then occur.

The accusers, who were not named but are now between the ages of 18 and 36, detailed their alleged encounters with Nygard in the chilling suit.

Nine of the women are from the Bahamas while one is from the United States. 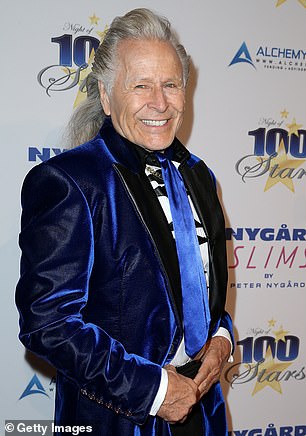 Ten women filed a class-action lawsuit against Nygard (pictured in 2016) last Thursday, which claims that he ran a 'sex-trafficking ring' at the island home

Three of the women were 14-years-old at the time of the alleged rapes, which took place between 2008 and 2015, while three others were 15.

The suit says Nygard offered that victim $5,000 before the rape and later offered an additional $10,000 if she defecated in his mouth.

Another plaintiff said her encounter with Nygard began with