A man, 42, who was wrongfully convicted of murder in 1995 and spent 15 years in prison after the real murderer confessed, is suing New York State for $100 million.

Christian Pacheco was 19 years old when he was convicted in 1996 with slashing the throat of Lemuel Cruz in a bar fight in Brooklyn involving members of the Latin Kings Gang.

Despite fellow gang member Melvin Garcia admitting to the murder and being convicted for the same crime in 2004, Pacheco would spend 15 more years in jail before his conviction was overturned on February 12.

A free man for the first time in almost 25 years, Pacheco filed a lawsuit on Wednesday seeking $100 million compensation from New York State for the time he spent behind bars. 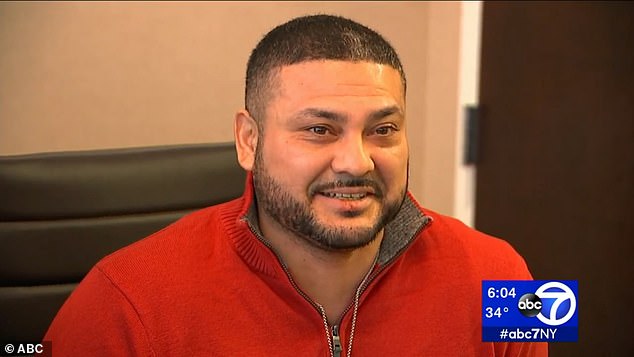 Christian Pacheco, 42, spent almost 25 years behind bars for a 1995 murder when the real killer admitted his guilt 16 years ago in 2004 and told prosecutors Pacheco was innocent 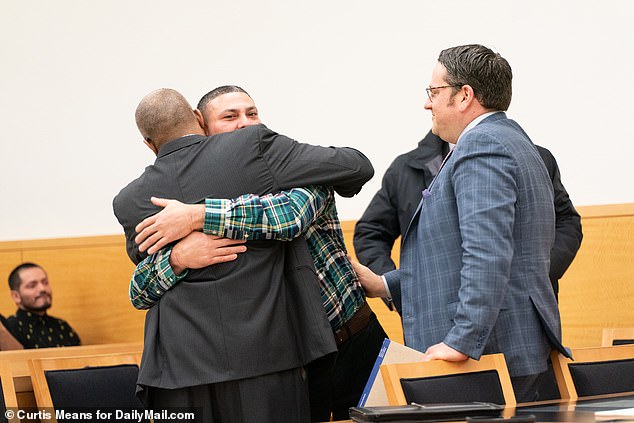 Christian Pacheco was arrested, aged 18, after being found bleeding outside the Con Sabor Latino Lounge in Sunset Park, Brooklyn, on December 2, 1995.

Police were responding to a bar fight that had broken out inside the bar involving members of the Latin Kings gangs after victim Lemuel Cruz bumped into one of the gang members while he was dancing.

Cruz' throat was fatally cut in the fight which was believed to be racially motivated. According to a report by the Brooklyn District Attorney Office's Conviction Review Unit (CRU), 'Get the black guy, get the black guy' was heard before Cruz was set upon by the gang members.

Pacheco was also stabbed, although he maintains that he did not start the brawl and was rushing to help Cruz. He had collapsed outside of the property when police arrived.

He was arrested, indicted, convicted and sentenced in less than a year for Cruz' murder based solely on the testimony of the bar's bouncer, also a gang member, who identified him as the 'throat slasher' but whose statements were later found to be false.

Cruz' blood was also found on his shirt.

Pacheco has always insisted that he was wrongfully arrested by police and despite being offered a plea deal twice, he maintained his innocence.

Two others were convicted with murder but their conviction was overturned in 2003 and 2005, respectively. 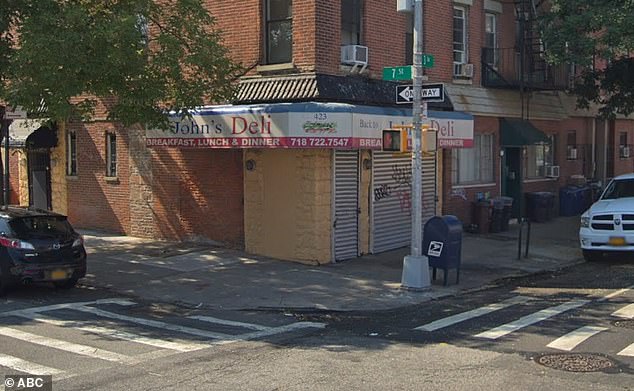 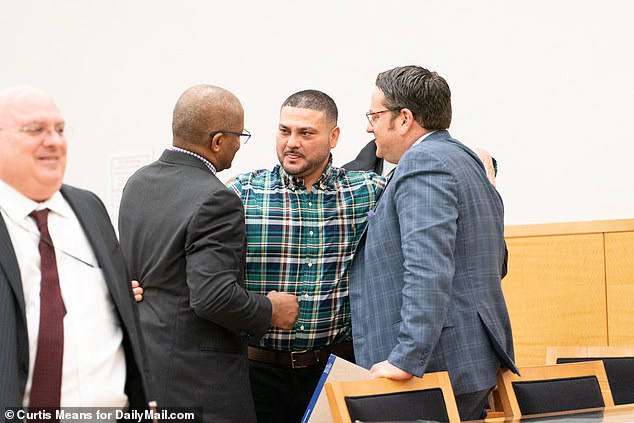 Further evidence pointing to Pacheco's innocence emerged as early as 1998, two years after his conviction, when two gang members named Melvin Garcia as the murderer as part of an ongoing investigation by the Eastern District of the U.S. into the Latin Kings narcotics trafficking activities.

As part of the federal probe into the gang, Garcia confessed to the murder in 2004, stating that 'he caused the deceased's death by "cutting him up, slicing him up"', according to the CRU report.

Four other participants pointed to Garcia as the murderer and became cooperating witnesses in the federal case. He was convicted in 2004, 16 years ago, of the same crime as Pacheco.

'I knew that they had gotten arrested for some charges in the feds and somehow my case had to do with those charges,' Pacheco told CBS News.

As the investigation continued, Garcia told federal prosecutors in 2005 that 'Christian Pacheco did not participate in the murder' and again in 2013, he wrote a letter to prosecutors saying that Pacheco was innocent.