Brave translator who helped British troops take on the Taliban AND Islamic State begins a new life in the UK after risking his life in Afghanistan for nine years where jihadists vowed to kill him Just weeks ago, Mohammed Nazir was hiding from the Taliban and ISIS fighters Now he and his family are out of harms way in a home in Oldham, Manchester    The father said: 'We are safe at last. In Afghanistan this could only be a dream'

By David Williams And Larisa Brown For The Daily Mail

Just weeks ago, Mohammad Nazir was hiding from Taliban and Islamic State fighters who had vowed to kill him for working with British troops.

Now, thanks to the Daily Mail's campaign to secure sanctuary for brave translators, Mr Nazir and his family are out of harm's way – in a semi-detached home in Oldham.

The father of five said: 'We are safe at last. In Afghanistan this could only be a dream but now it is real.'

His arrival represents yet another victory for the Mail's award-winning Betrayal of the Brave campaign, which has called on Britain to look after translators who risked their lives for our troops. 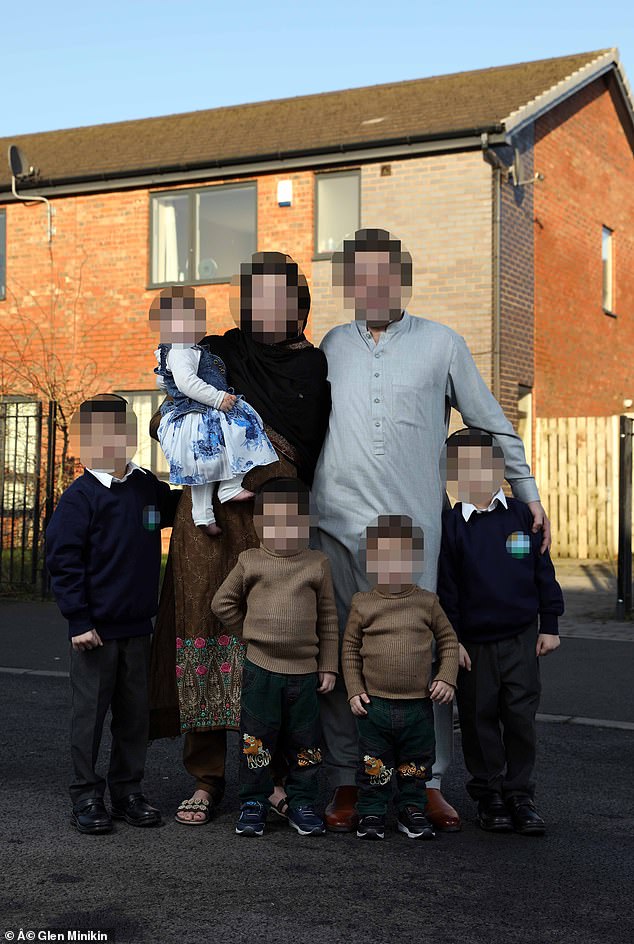 The family: Arif, Hasanat, Safia, Kashif, Nazir, Asif and Waqif. Mohammad Nazir Shahamath is the second translator to be successfully brought with his family to the UK from Afghanistan all because of the Daily Mail campaign Betrayal of the Brave

Mr Nazir, 34, worked with UK officials for nine years. As a result he lived in daily fear that the Taliban would hunt down and kill him, his wife Safia, 27, and his children. He is just the second translator to begin a new life in Britain under rules brought in by former defence secretary Gavin Williamson in 2018, following sustained pressure from the Mail. The newspaper highlighted the stories of dozens of interpreters and their relatives who were threatened, attacked and even executed.

Mr Nazir said: 'I would like to thank the Daily Mail as I would not be here without your hard work and caring. You have never given up on translators. I thank you with all my heart. Please never give up on those still in Afghanistan.'

He added: 'My two oldest boys are

RT @bondnickbond: "I nearly left the game right then and there" - why David ...