Micheal J. Fox brings some star power to Pete Buttigieg's final Las Vegas rally - asking crowd why Bernie's always yelling and comparing the young mayor to Barack Obama Actor Michael J. Fox was back on the campaign on behalf of Pete Buttigieg on the eve of the Nevada caucuses in Las Vegas Friday  Fox warmed up Buttigieg's crowd of 1,172 people comparing how he felt about Buttigieg to Barack Obama, knowing he had met the next president in 2006  'Read my lips. This guy's going to be the next president of the United States,' the 'Back to the Future' star said of Buttigieg, a 38-year-old ex-mayor  Fox called Buttigieg 'magical,' contrasting his calm and thoughtful demeanor with that of Bernie Sanders: 'Bernie, why are you yelling at me?' Fox said

Actor Michael J. Fox warmed up a crowd of Pete Buttigieg supporters at a middle school in Las Vegas Friday night, saying that when he met the 38-year-old gay war veteran he felt the same way he did when he met Barack Obama in 2006.

'Read my lips,' the 'Back to the Future' star said. 'This guy's going to be the next president of the United States.'

Fox described Buttigieg as 'magical,' contrasting his calm, thoughtful demeanor to that of Bernie Sanders, currently the Democrat to beat. 'Bernie why are you yelling at me?' Fox asked, earning laughs from the crowd. 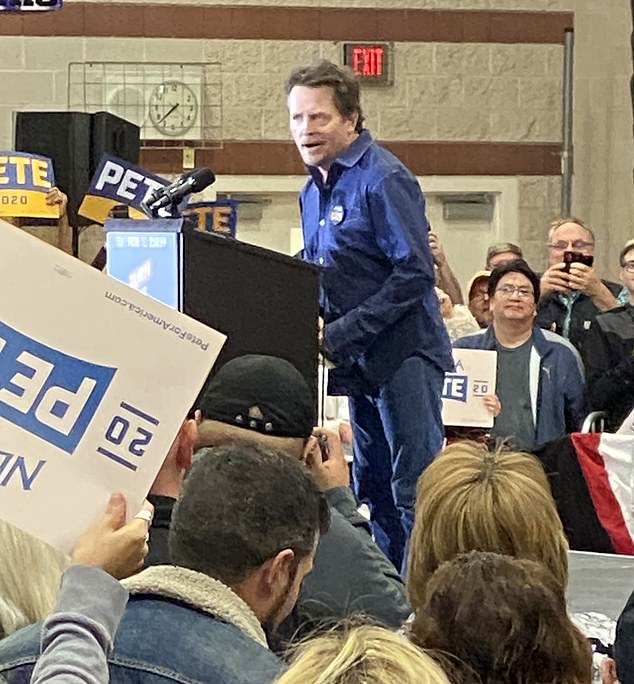 Actor Michael J. Fox returned to the campaign trail Friday night to introduce Pete Buttigieg who he also had stumped for in New Hampshire 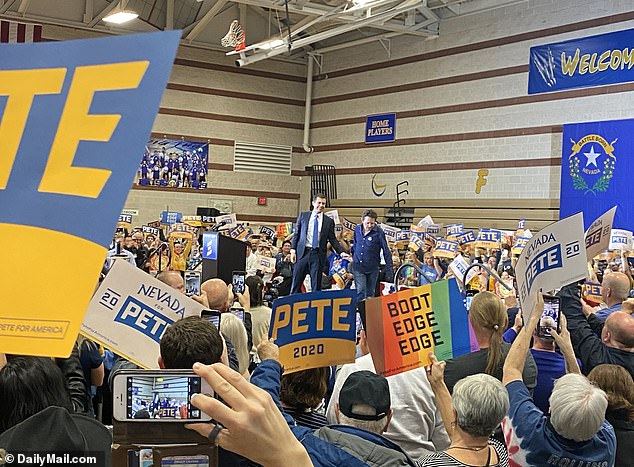 Michael J. Fox (right) played opener for Pete Buttigieg (left) on the eve of the Nevada caucuses, where the 38-year-old ex-mayor will be tested to see if he can win in a more diverse state after strong showings in Iowa and New Hampshire

The actor recalled being in Chicago for

Khloe Kardashian reveals she hasn't dated anybody since her split from Tristan ...