The Australian Indigenous and New Zealand Maori All-Stars teams have performed traditional war dances before their NRL match on the Gold Coast on Saturday.

Both Advance Australia Fair and God Defend New Zealand were conspicuously absent from the lead-up to the game after protests from players.

A didgeridoo was played by Preston Campbell, founder of the All-Stars game, and a minute of silence held in honour of the stolen generation.

The Maori team then performed the traditional haka - which was followed by an Indigenous Australian war dance. 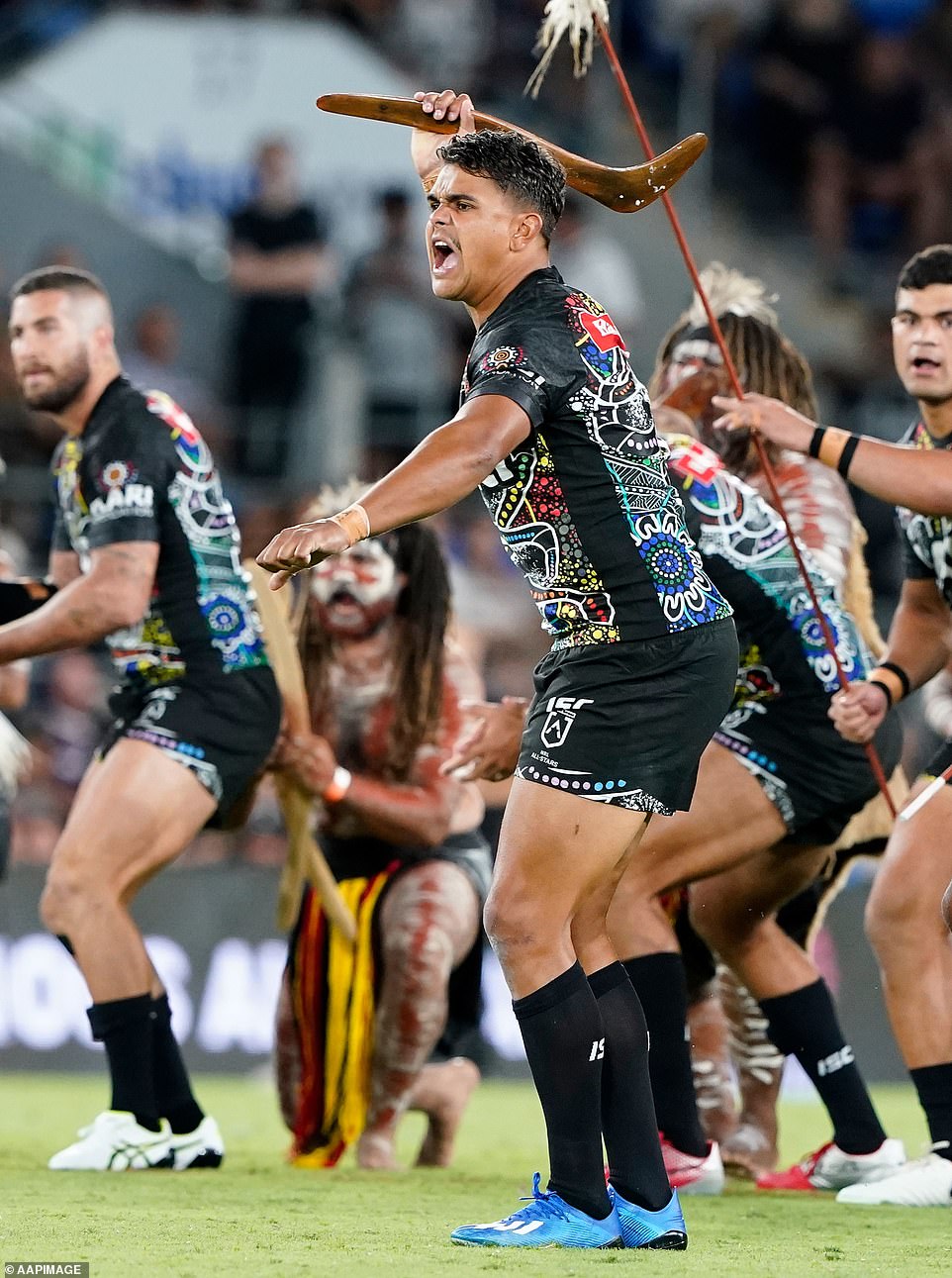 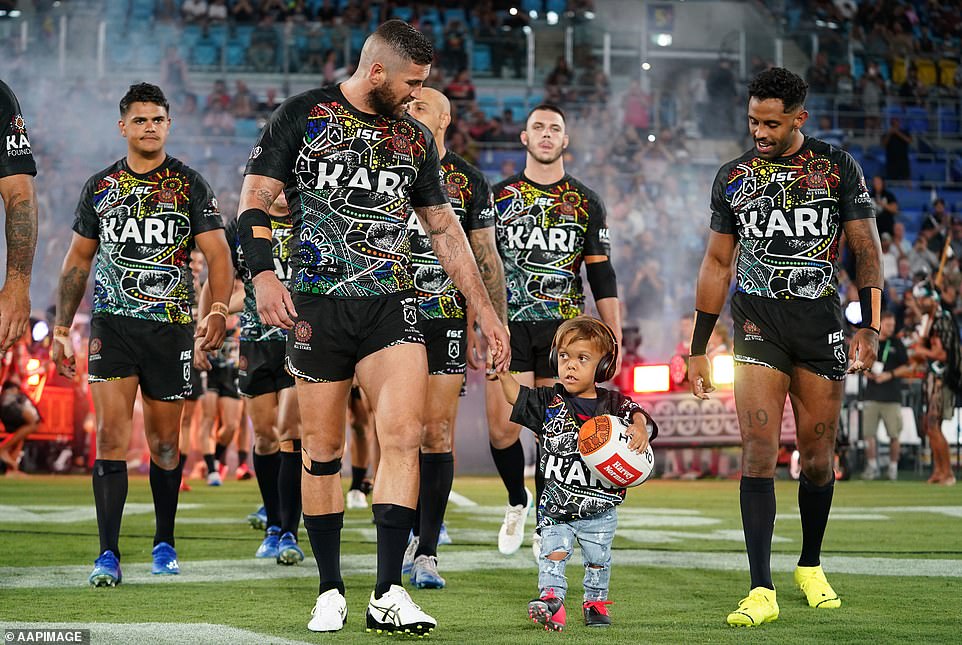 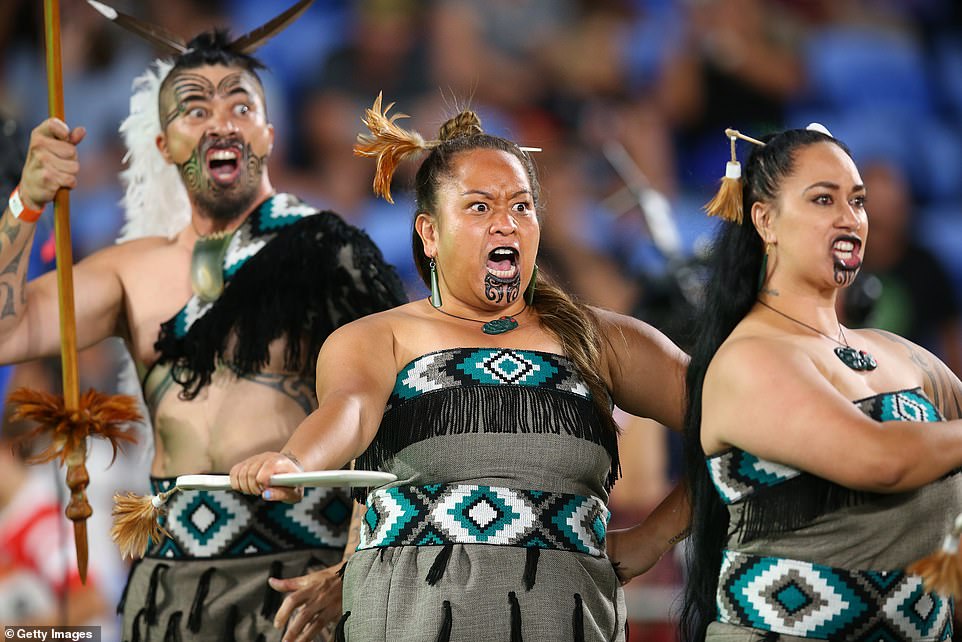 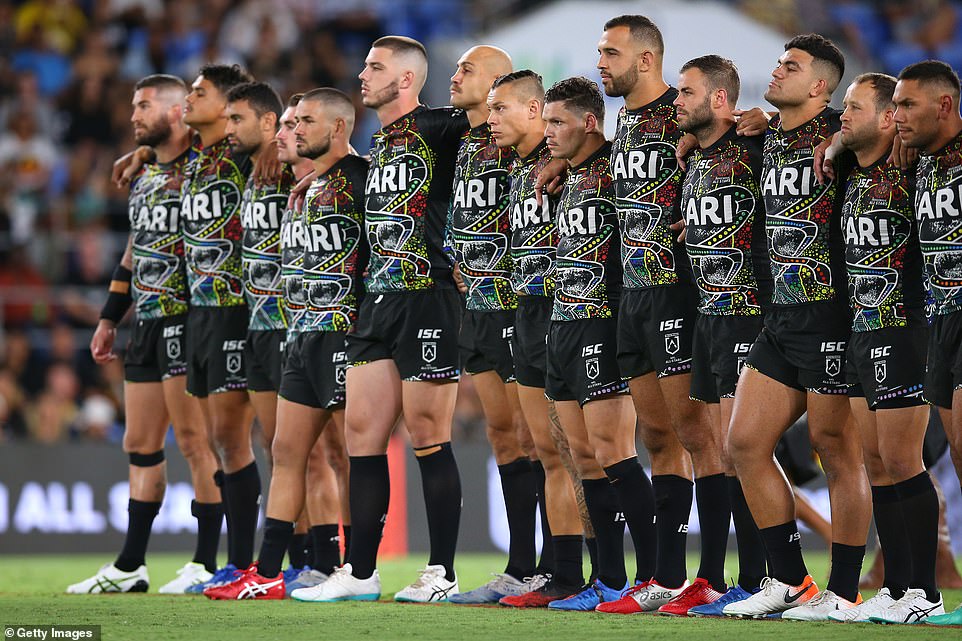 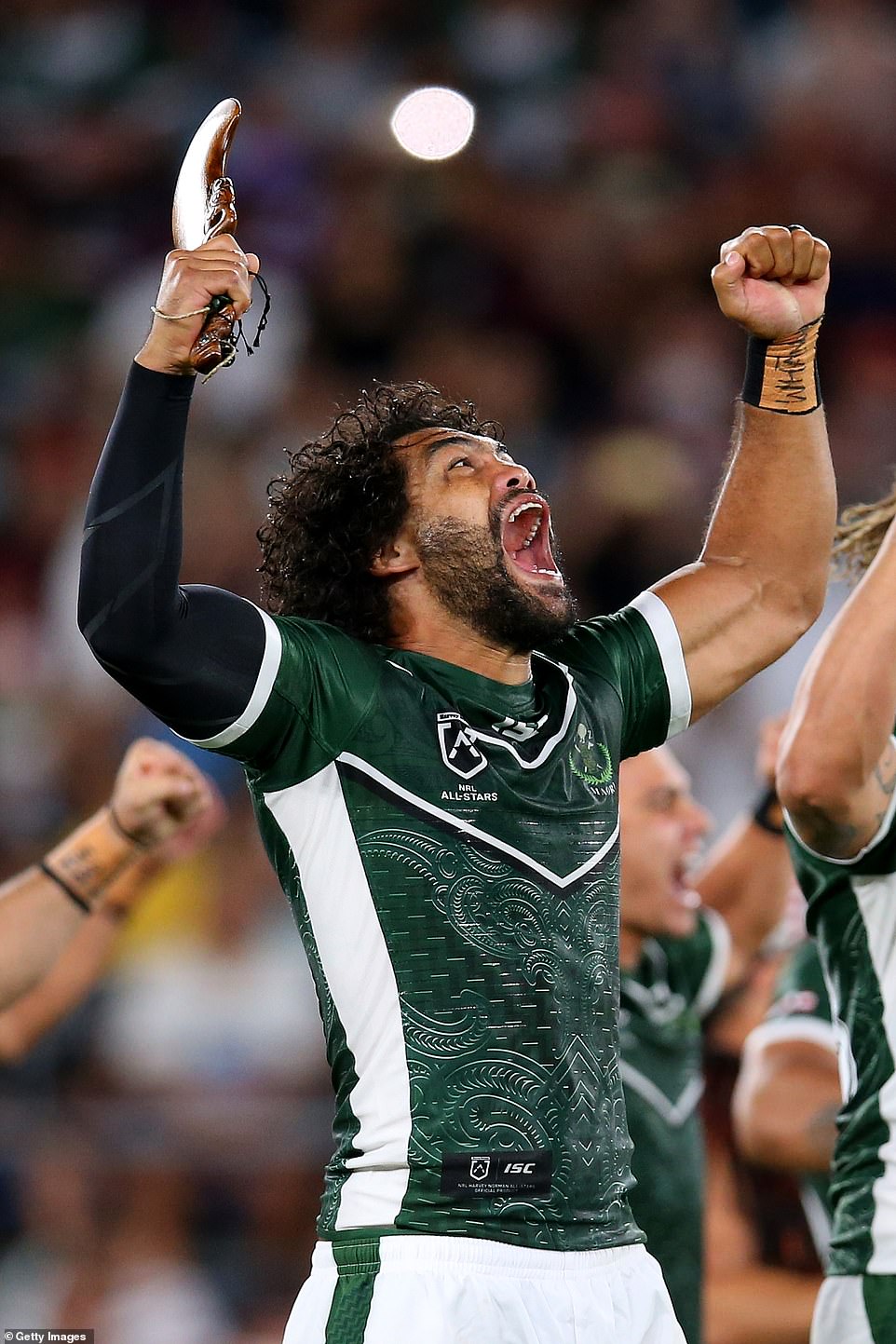 The pair of impressive ceremonial dances lit up social media with many commenting on the performances.

'The emotion was absolutely spectacular,' another said.

'This beats any anthems hands down,' a third added.

NRL star Latrell Mitchell is among a group of players to have reportedly forced the national anthem to be scrapped from the game.

Mitchell has become one of the main driving forces behind the push to stop Advance Australia Fair being played and refused to sing it at last year's event.

The 22-year-old's South Sydney Rabbitohs teammate Cody Walker said at the time the anthem 'doesn't represent me and my family'.

The ARL Commission scrapped the anthem under advice from the indigenous advisory council ahead of the annual celebration of the league's Aboriginal and Maori players on the Gold Coast.

Mitchell himself is hoping to be in peak fitness for the game, having started his NRL pre-season late