'That was a great fight' Trump said, responding to a reporter's question on the White House lawn on Sunday morning.

The president, who was about to leave with First Lady Melania Trump for an official trip to India, appeared thrilled he was asked and stopped himself to comment just before making his departure. 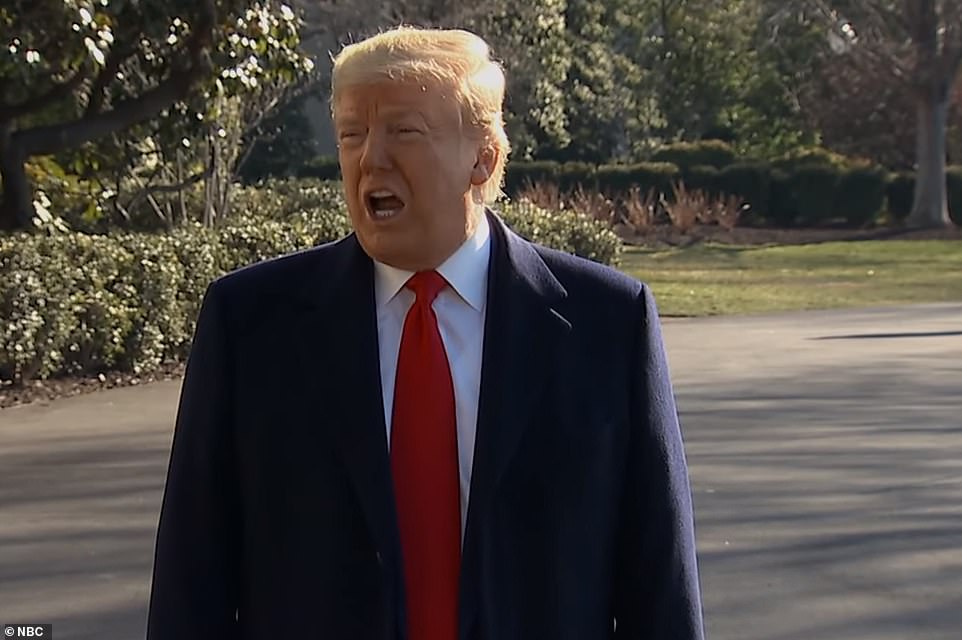 US president Donald J. Trump speaking to reporters on Sunday said he wants Tyson Fury and Deontay Wilder to visit the White House after Britain's 'Gypsy King' reclaimed the heavy championship title during a thrilling bout in Las Vegas on Saturday 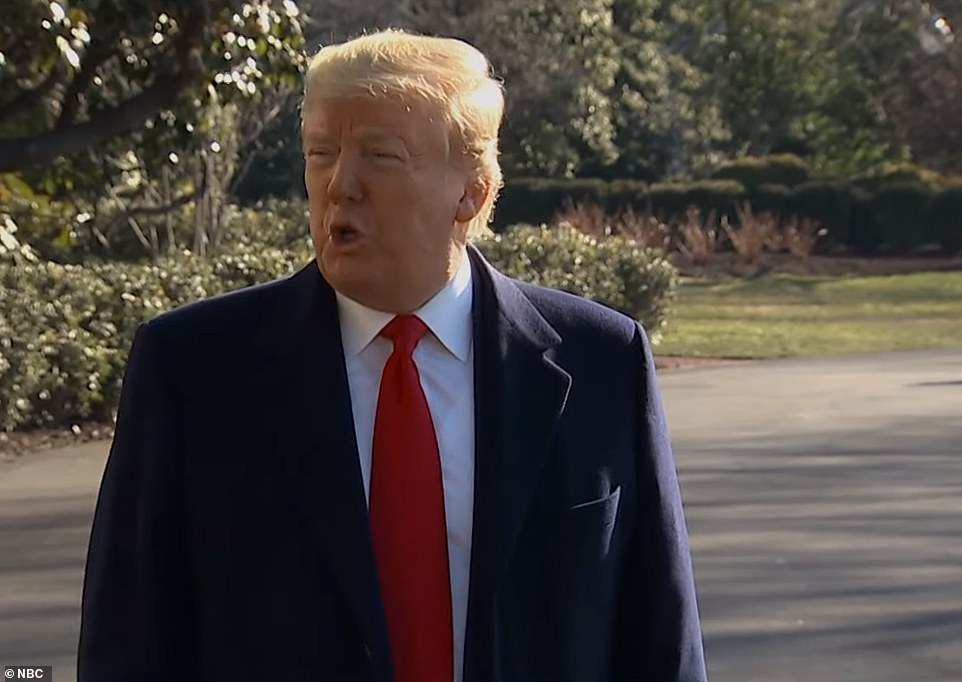 Trump called Tyson Fury's defeat of Deontay Wilder, 'a great fight,' and that both boxers were 'two great fighters', while speaking to reporters on the White House lawn before departing with First Lady Melania Trump on an official trip to India 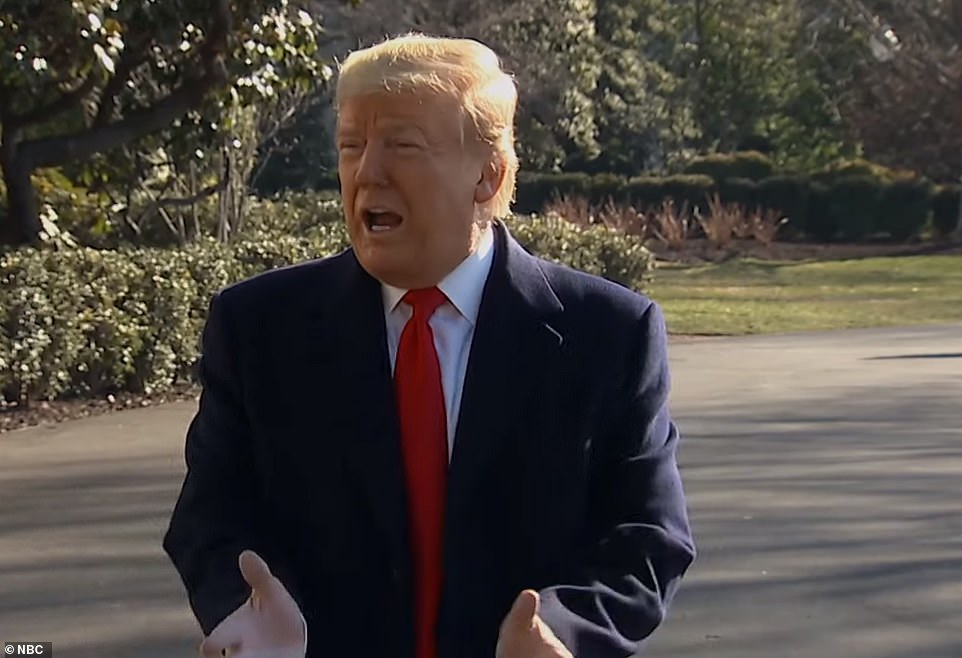 Trump appeared thrilled to be asked about the thrilling Las Vegas title match, which he admitted he stayed up to watch on Saturday night before his trip to India the next day 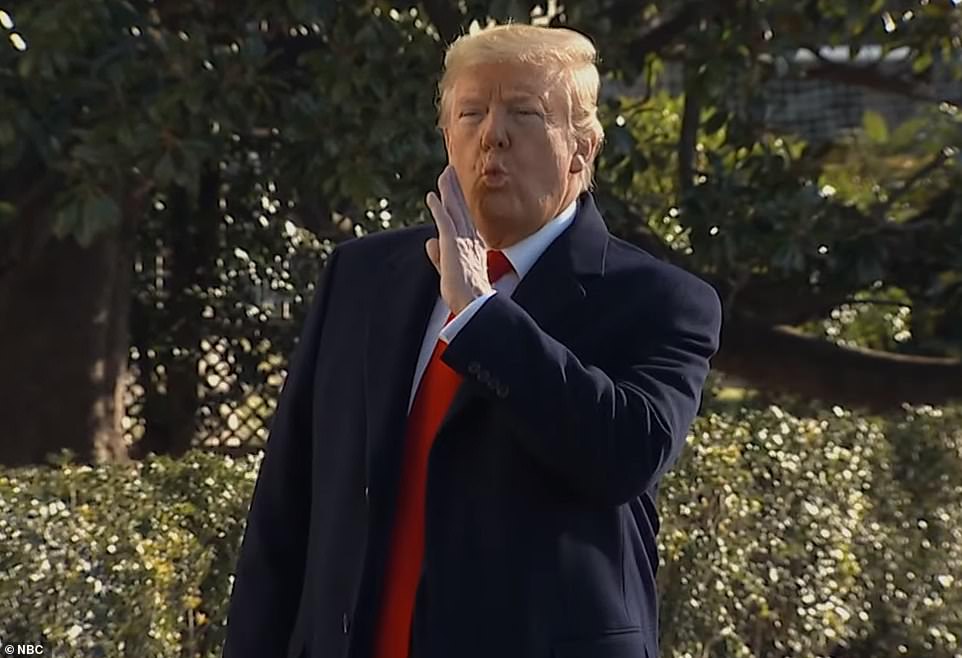 After thinking aloud about having both boxers come to visit the White House, the president made up his mind and proclaimed, 'I think we'll do that,' and was off to make his trip to India

Trump began to think aloud about having not just the champion Fury, but also Wilder, as his White House guests.

'May be we have to bring them both to the White House - I don't know - because that was really a good one,' he said in a moment of indecision.

Then he made up his mind about inviting Fury and Wilder, 'I think we'll do that,' and stepped away to leave for his trip to India.

Fury pulled off the greatest victory for any English boxer abroad as he stopped America's KO king Wilder with an utterly dominant, devastating performance.

The Gypsy King arrived in the ring carried on a golden throne and ascended into the pantheon of all-time heavyweight greats on the wings of genius.

Fury has now completed a full set of the world heavyweight belts by adding Wilder's WBC title and the Ring Magazine accolade to the WBA, WBO, IBF and IBO prizes he held previously after defeating Wladimir Klitschko. 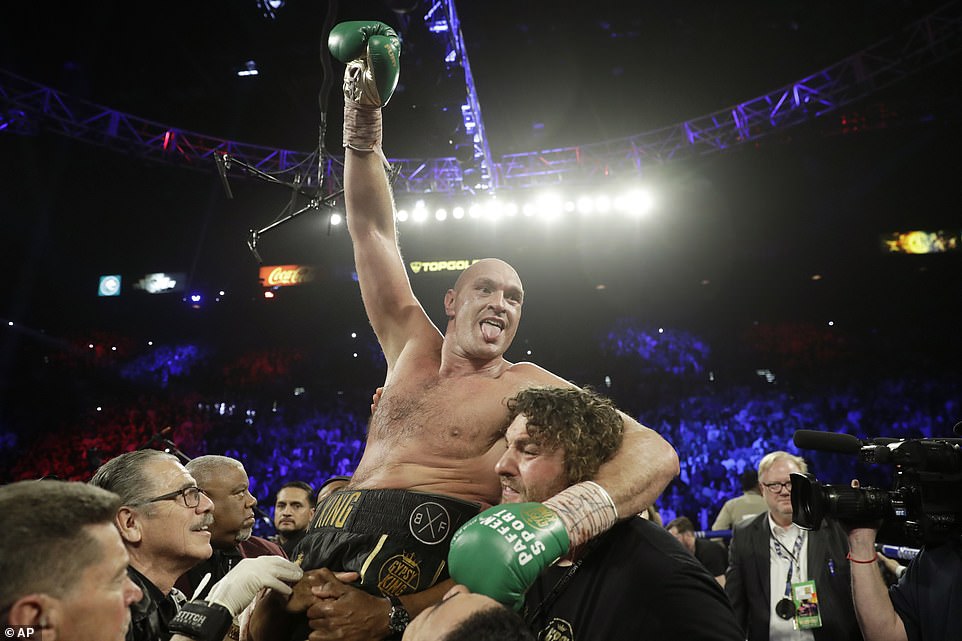 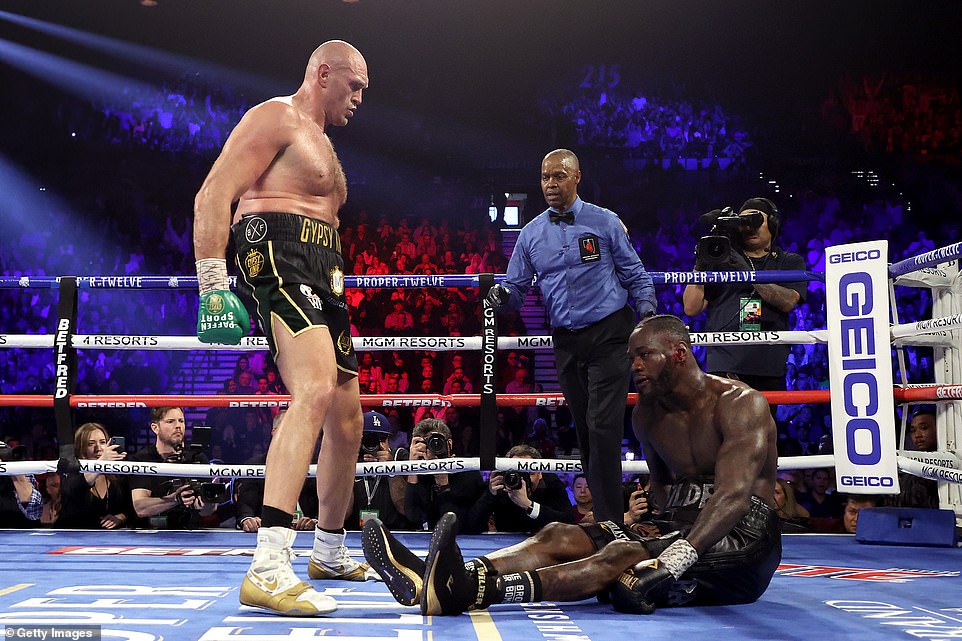 The Gypsy King put in a performance for the ages, knocking Wilder down twice before his corner threw in the towel 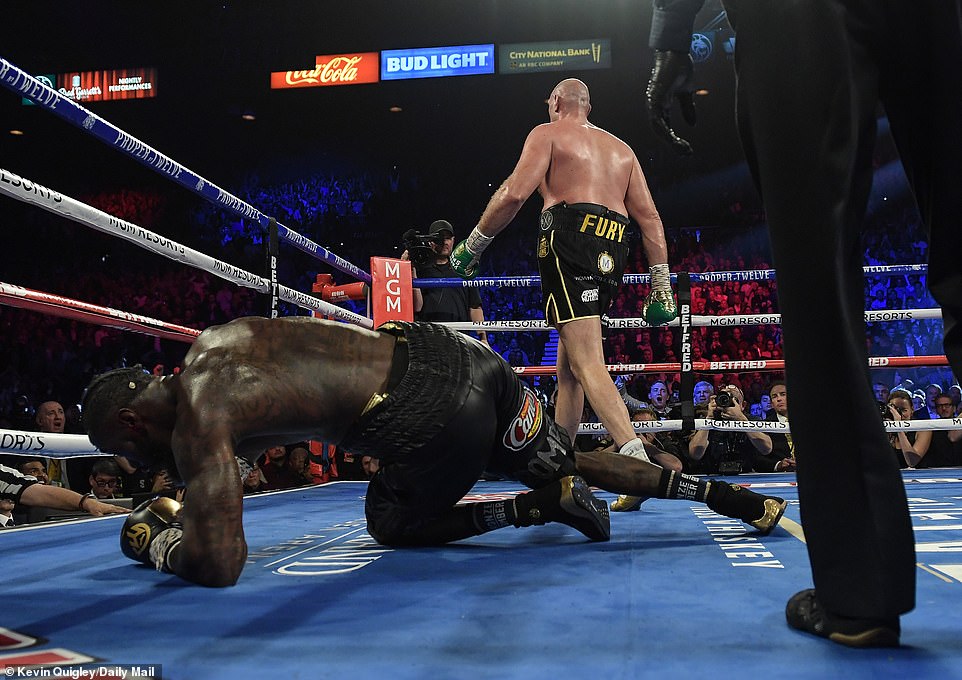 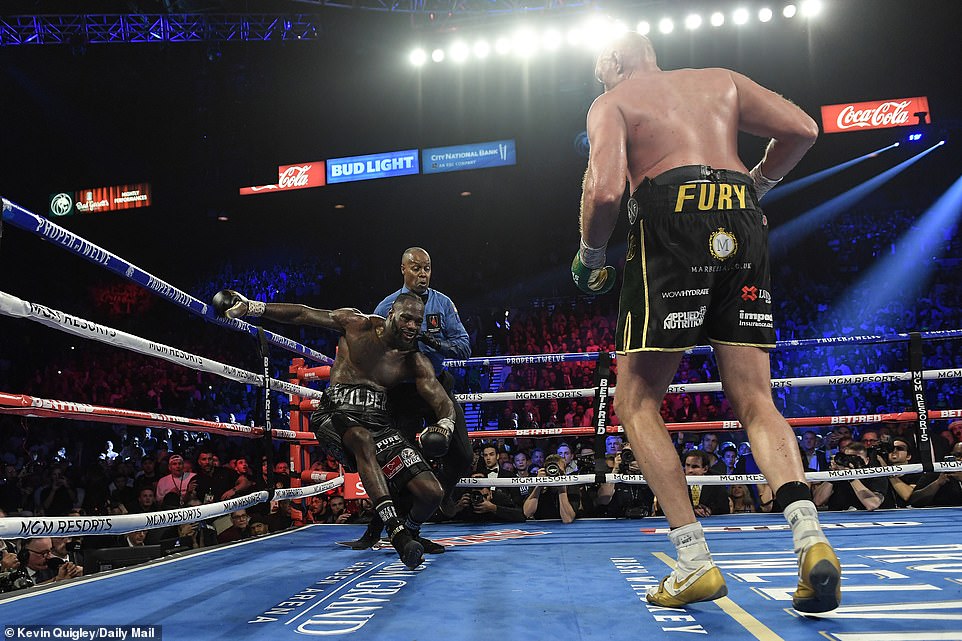 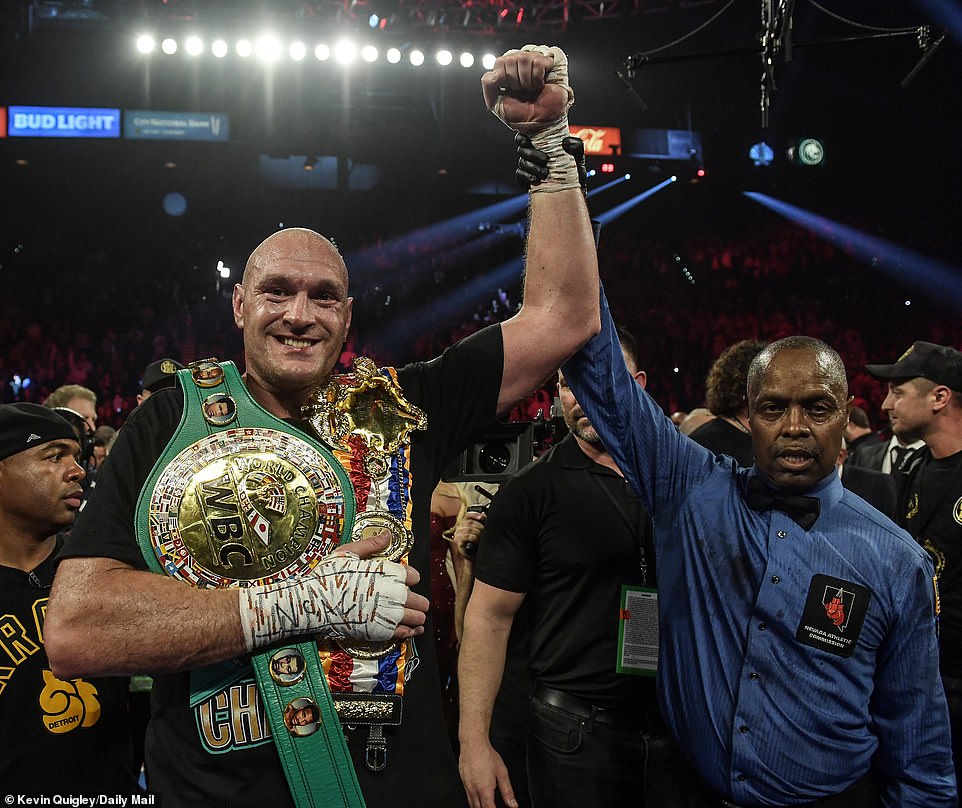 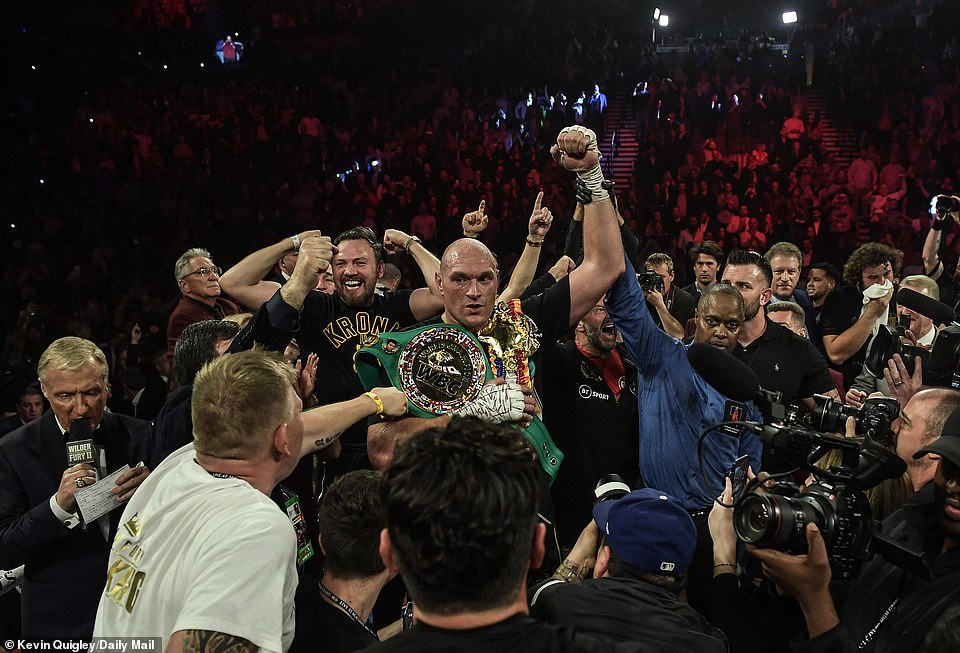 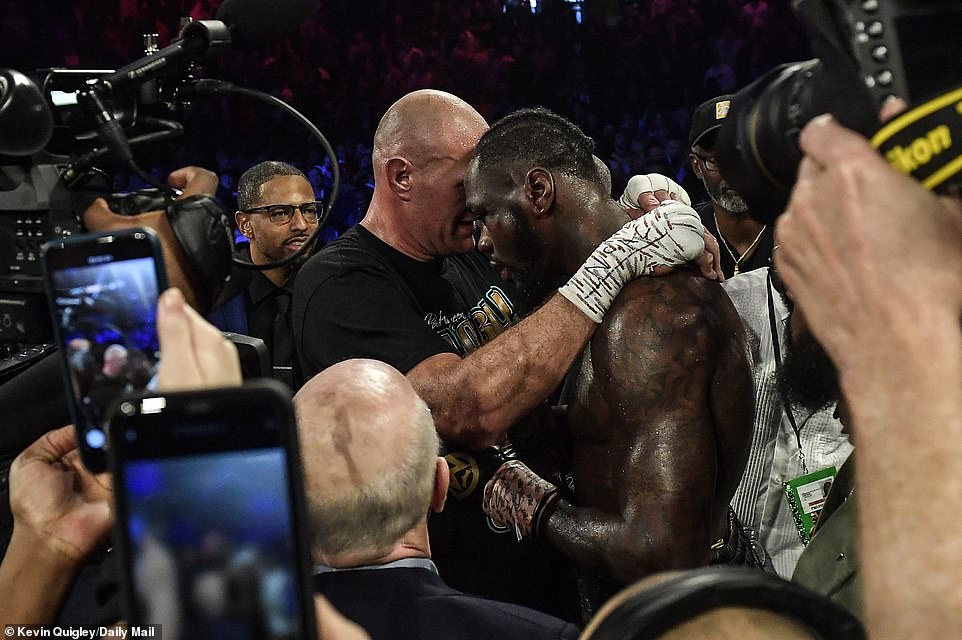 But the manner of it enhanced the accomplishment.

This was simply phenomenal. Fury not only battered around the most feared puncher in the ring but his aggressive tactics took away Wilder's space in which to throw his Bronze Bombs.

Fury floored twice the man who had done the same to him twice in their epic draw 14 months.

This was the rematch but, astonishingly, it was hardly a match at all.

Fury praised Wilder's courage for getting up just as he had before fulfilling his customary promise to sing in the ring if he won. The choice of song was a little less complimentary: American Pie.

'I told you I would do this,' Fury roared. Yes, he did. I am one of many who wish I had listened.

Wilder's corner threw in the towel in the seventh just as referee Kenny Bayless intervened to save him from further punishment. He said: 'I wish my team had let me go out on my shield.'

After this it will require a lot of thought before he decides to implement the contracted loser's right to demand a third fight. 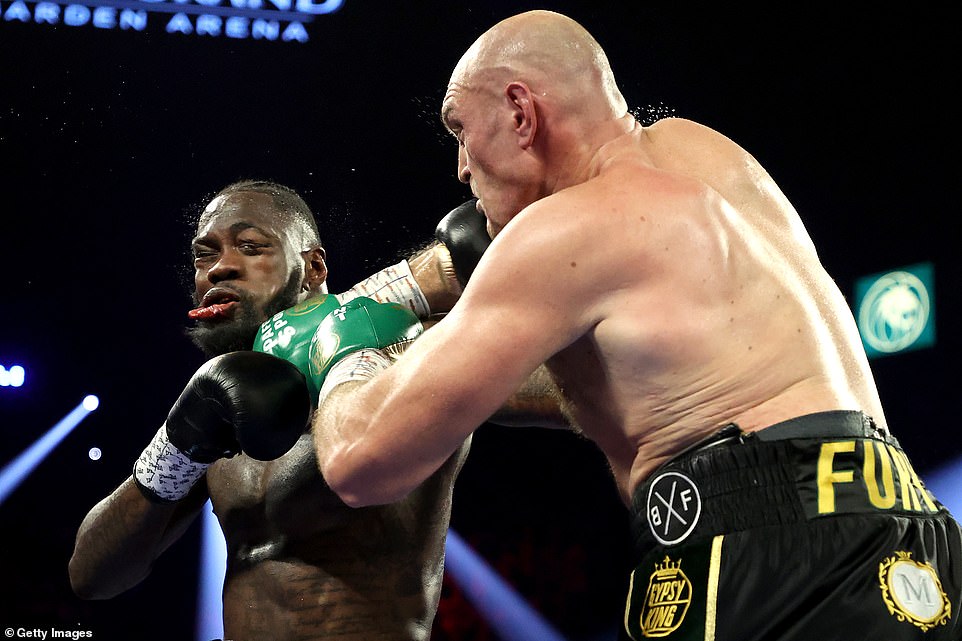 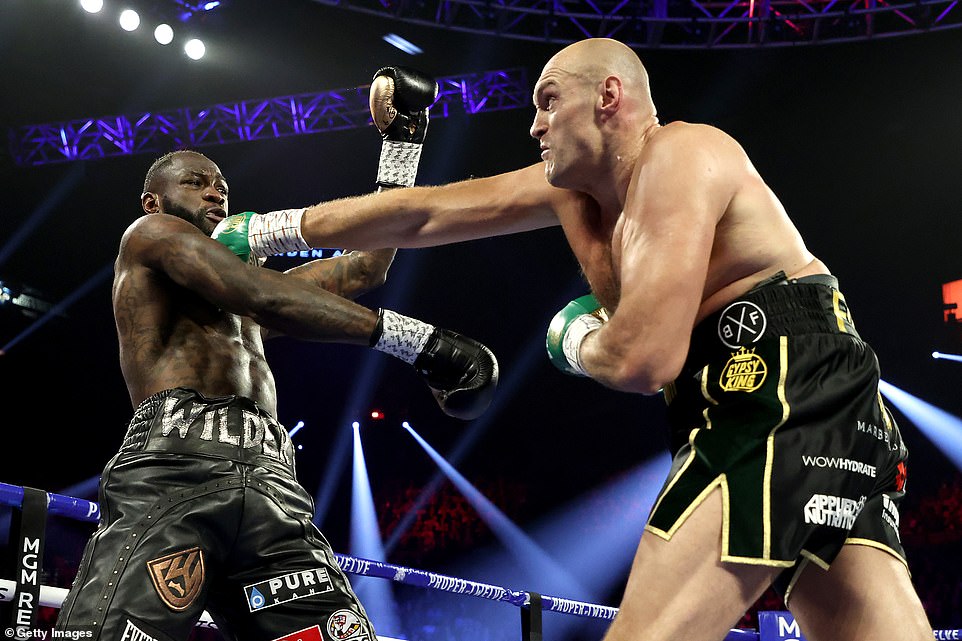 As promised, Fury came out the aggressor in the first round as he looked to set a frenetic pace on the 35-year-old American 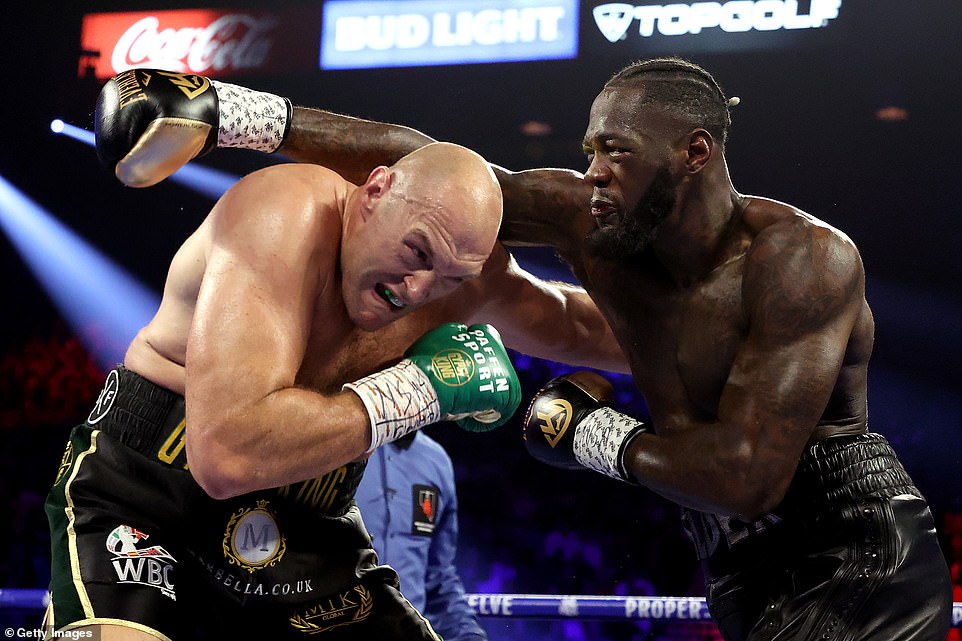 Wilder was unable to evade Fury's crisp one-two combinations and despite his heavy frame, the Brit dodged the American's right hands 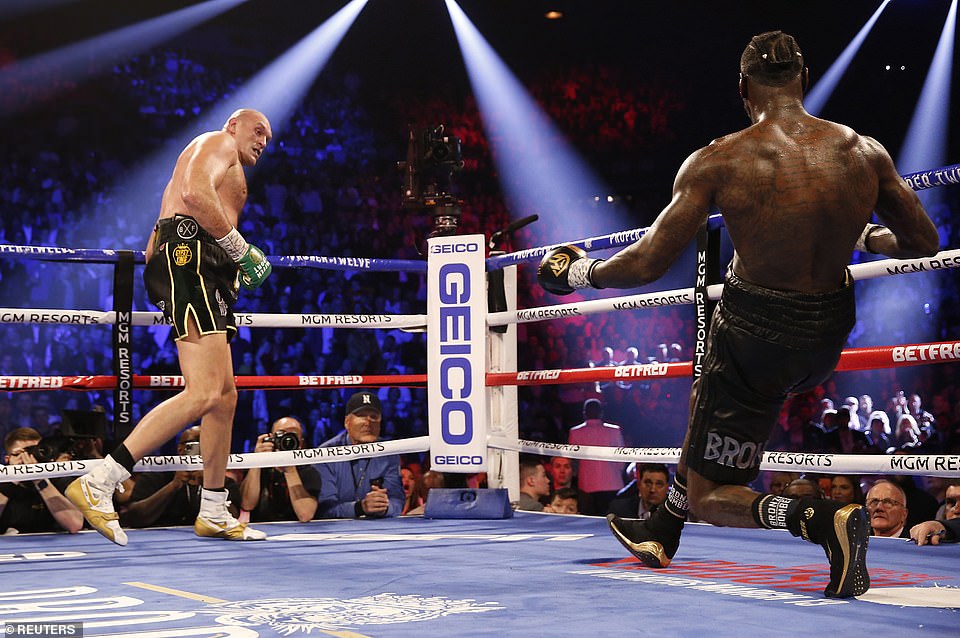 The Gypsy King made the breakthrough in the third round, landing a huge knockdown to stun the MGM Grand in Las Vegas 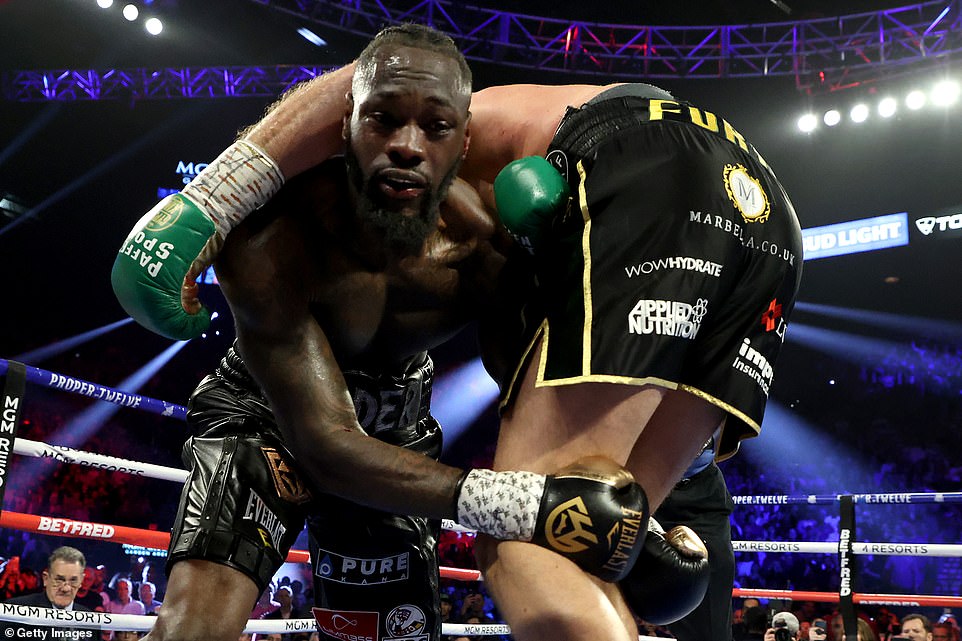 Wilder somehow survived a second knockdown and was battered from pillar to post, with his lip busted open and a bloody ear 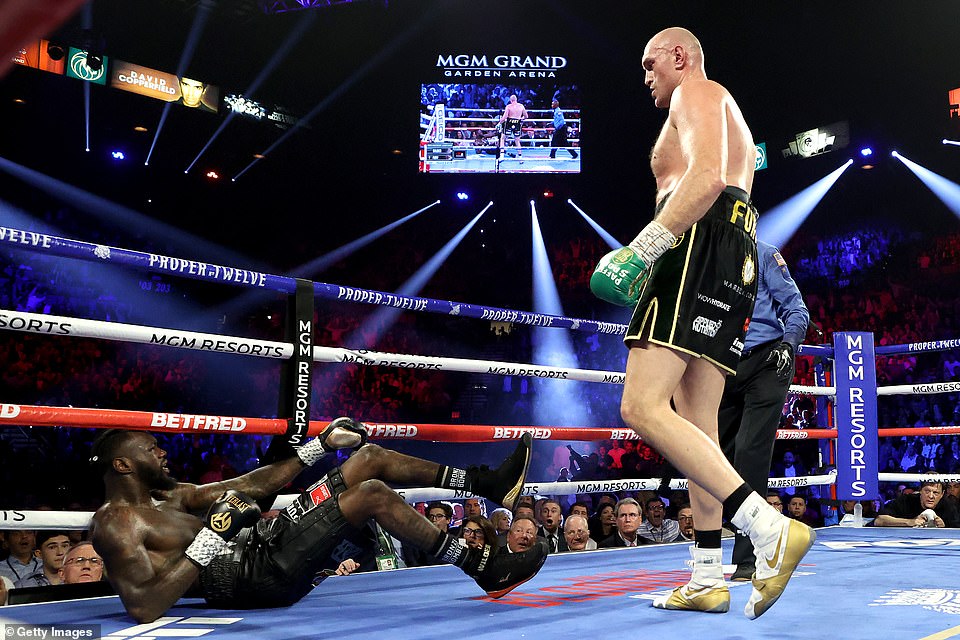 The Prime Minister and Chief Medical Officer spoke after the National Cabinet ...