Former Vice President Joe Biden's lead over Sen. Bernie Sanders is just 5 percentage points in South Carolina, as senior Democrats raised concerns about the dangers of having a self-described democratic socialist at the top of the ticket.

Biden was leading Sanders by 28 to 23 in a new CBS / YouGov poll released Sunday, a day after Sanders trounced rivals in the Nevada caucuses.

It was unclear whether Sanders' run of successes in Iowa, New Hampshire, and Nevada would continue to give him a lift, in a state where Biden has campaigned heavily and has strong support among the state's African American voters. 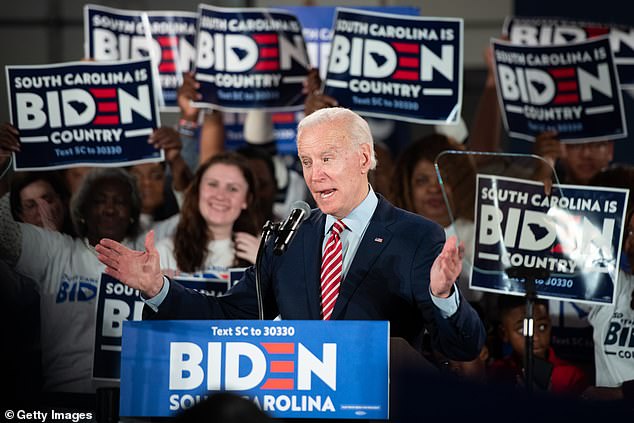 'I think we're gonna do well, and I think we're going to go on to Super Tuesday and do very well,' former Vice President Joe Biden said of his chances in South Carolina. Here Biden addresses the crowd during a South Carolina campaign launch party on February 11, 2020 in Columbia

Victoria's Secret model Alexina Graham, 30, reveals she was hospitalised with ...