The family of a young boy who died after being left on a childcare centre bus in 36C heat say they have been left 'distressed' by the tragic incident.

A day after the two childcare centre workers charged over the boy's death fronted a Queensland court, the three-year-old's family spoke out about their heartbreak.

The young boy's uncle Nick declined to name the child for cultural reasons, but said his family were 'trying to come to terms' with the huge hole he has left in their lives. 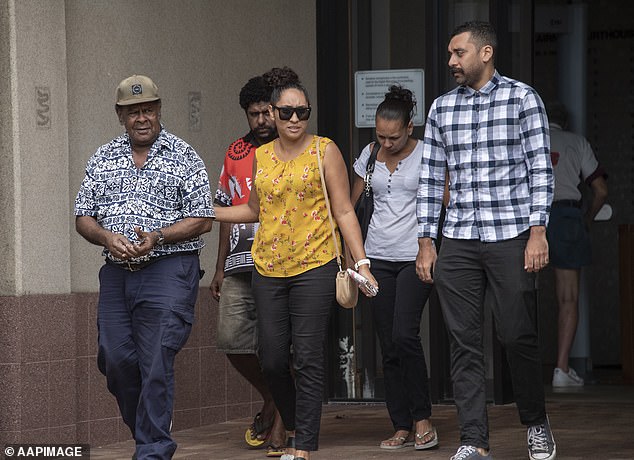 The shattered family (pictured) of the young boy who died after being left in a daycare bus last Tuesday say they are 'distressed' by the shocking incident. They attended Cairns Magistrates Court this week in their bid to find 'answers'

'As you can imagine the sudden loss of our little boy has been distressing for the family,' his uncle said.

'It has left many of us with the difficult task of trying to come to terms with his loss.

'He was a three-year-old boy who was deeply connected to his siblings, his peers and older children and he played a big part in a really close-knitted family.'

On Tuesday, Cairns Magistrate Court heard how the three-year-old was left strapped in a babyseat inside the bus for six hours last Tuesday, February 18.

It was only when Edmonton Goodstart Early Learning Centre director Michael Glenn Lewis, 44, returned to the bus that afternoon that the boy's body was discovered.

The court heard that in the moments that followed Lewis made a distressing call to triple-0 and told an operator: ''I've left a child on the bus... this kid is dead.'

Lewis, 44, and his colleague Dionne Batrice Grills, 35, have both been charged with one count of manslaughter over the child's death.

The boy's family were in court for the emotional hearing on Tuesday, saying they are in desperate need for 'answers' about the tragedy. 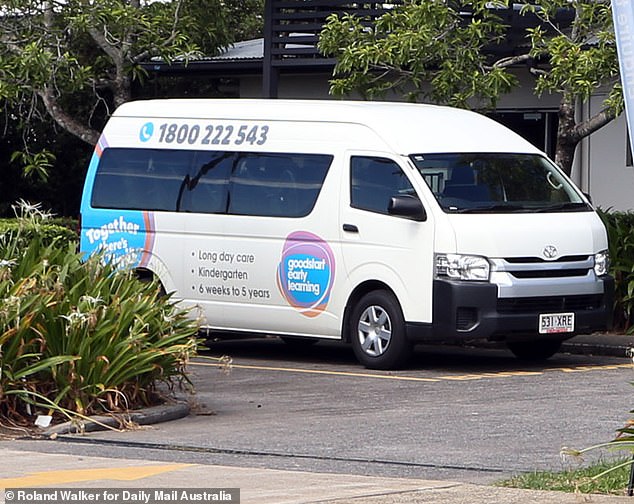 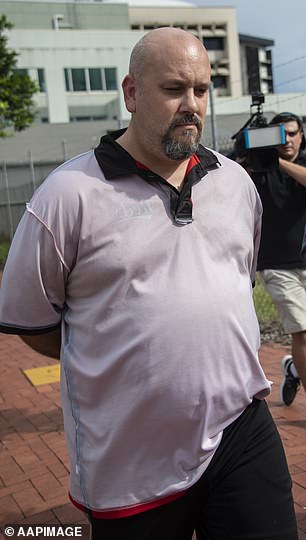 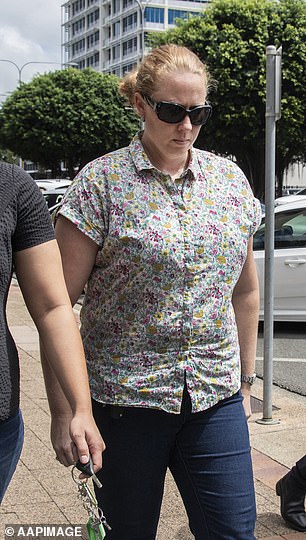 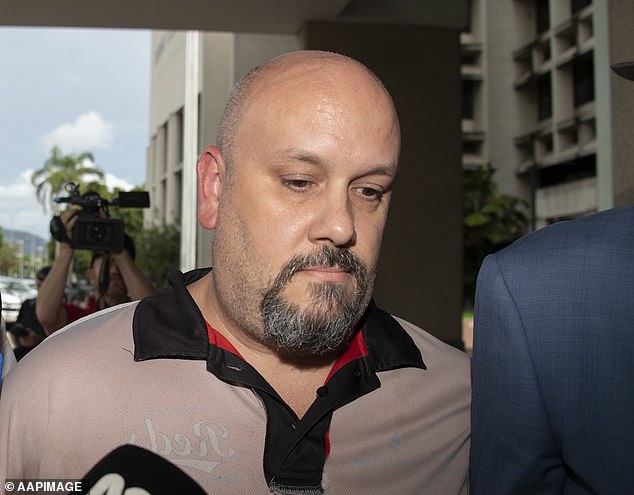 Moments after finding the young boy dead in the bus, Lewis (pictured) called triple-0 and told the operator: 'I've left a child on the bus... my life is over'

'At present, our families are working through a very difficult time in our lives by supporting and encouraging and looking out for each other,' the boy's uncle Nick said.

'For us as a family this is an unprecedented incident and consequently it's affected the lives of the community.

'That's been demonstrated by the support our families have received and we would like to thank everyone for their help, their love and their prayers so from our family we thank you.'

I'm going to jail, this is all my fault... my life is over

During Tuesday's hearing, Police prosecutor Senior Sergeant Maynard Marcum told harrowing details of how the boy had allegedly been put in a child restraint just two seats away from the driver and front door.

Yet when the minibus being driven by Lewis arrived at the daycare centre, he and his colleague Grills allegedly left the vehicle - but did not take the boy with them.

He allegedly spent the next six hours sweltering inside the bus as the mercury rose to 36C.

At 2.45pm, Lewis returned to the bus to begin the afternoon drop off run, but the court heard it wasn't until 3pm that he discovered the lifeless boy. 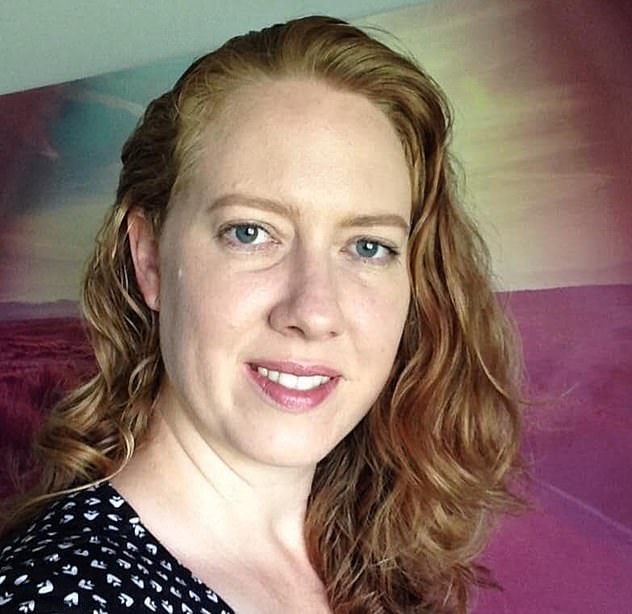 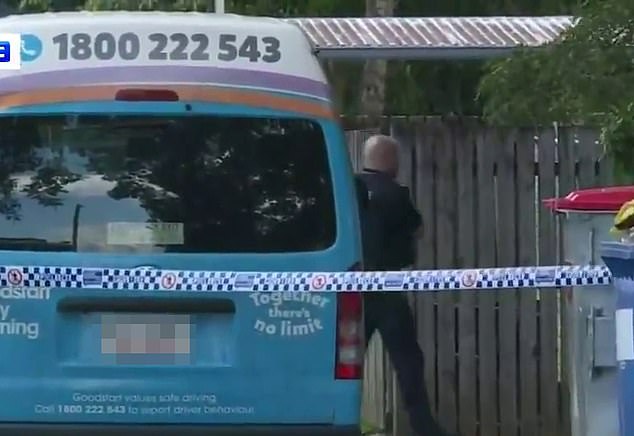 The grim discovery was made on Stokes Street, Edmonton, in Far North Queensland, at 3.15pm on Tuesday. Police allege the boy had been in the bus since about 9.15am (Pictured: The scene of the daycare as police investigate last week)

'Oh my God, this kid is dead,' Mr Lewis could be heard saying on the recording.

'Oh my God, I'm the director of the childcare centre... the child was left on the bus all day.

THE TRAGIC TIMELINE OF THE BOY'S DEATH: