Awkward! Nine's Today show falls for a satirical fake news story about an Ed Sheeran lookalike robbing churches - but he's actually a drug dealer Today Show has fallen for fake news story about a conman posing as Ed Sheeran The 'news story' about the case of mistaken identity came from satirical site  Man in the picture is in fact a convicted drug dealer from the United Kingdom

Channel Nine's Today Show has fallen for a fake news story about a conman posing as Ed Sheeran.

Newsreader Tracy Vo introduced the 'news story' by claiming a major manhunt was underway in Ohio for a man accused of robbing three churches.

'This man has convinced three churches in his town that he is Ed Sheeran and he has performed 'The Shape of You' in front of congregations last weekend,' she said.

'When the pastor was asked why he believed that the real Ed Sheeran would perform for $35 and a sandwich he thought that Ed Sheeran had fell on tough times.'

Karl Stefanovic burst into laughter and said 'he looks like he needs more than a sandwich.' 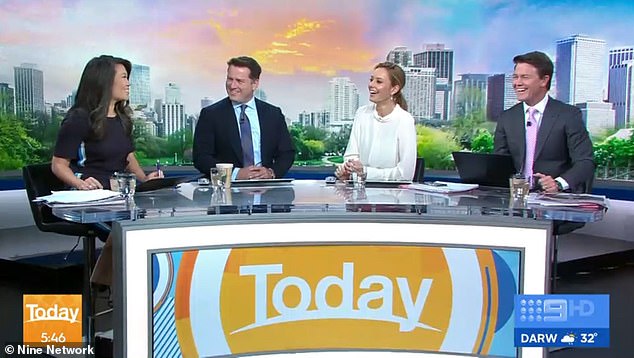 However, they seem to have been unaware the story has come from a

PREV Olive branches handed out on Palm Sunday in near-deserted Jerusalem
NEXT Half-mile tunnel filled with over 4,000 pounds of drugs found near San Diego