Australian man who calls himself 'Wombats' is arrested in the US after allegedly molesting a NEWBORN baby - as his alleged 'sick sex spree' across three continents is revealed An Australian fugitive has been arrested in the American state of Oklahoma  Trevor 'Wombats' Rombouts is accused of being a prolific child sex offender He is accused of assaulting young children across Australia, the US and Europe  His youngest victim, from Victoria, is thought to have been just two weeks old 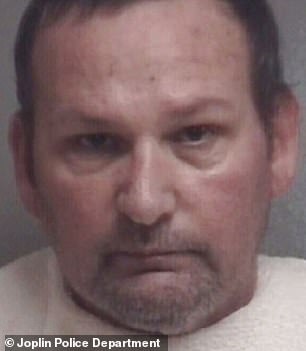 An accused Australian child predator has been arrested in the United States, with his youngest alleged victim said to be just two weeks old.

Detectives in Oklahama believe Trevor 'Wombats' Rombouts would follow the same predatory pattern of moving in with a woman and then assaulting her children.

He is accused of sexually assaulting children in Australia, the US and possibly Europe.

The 52-year-old has been on the run since Victorian police issued warrants for his arrest in the late 1990s.

'This clearly is a predator,' Detective Lieutenant Jillian Phippen, of the Tulsa Police Department's special victims unit in Oklahoma, told AAP on Wednesday.