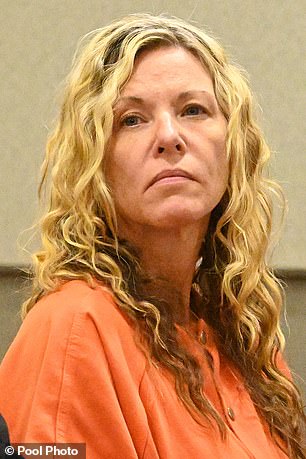 'Cult' mom Lori Vallow appeared in a Hawaii court Wednesday in a failed bid to get her bail reduced to $10,000 following her arrest over the disappearance of her two Idaho children.

Wearing an orange jumpsuit Vallow was told by a judge on the island of Kauai that her bail will remain at $5 million. She will now be extradited back to Idaho after waiving a March hearing.

Kauai police arrested Vallow last week on an Idaho warrant. She has been charged with two felony counts of child abandonment.

Seven-year-old Joshua 'JJ' Vallow and 17-year-old Tylee Ryan have not been seen since September.  Police in the city of Rexburg, Idaho, have said they 'strongly believe that Joshua and Tylee's lives are in danger.'

Vallow's new husband Chad Daybell made a surprise visit to the jail where she is being held, DailyMailTV's exclusive photos revealed Wednesday.

His unscheduled jail visit comes as DailyMail.com discovered that Daybell and his former wife Tammy, who died under mysterious circumstances, were over $350,000 in debt and filed for bankruptcy in 2008,

After the judge denied the request, Vallow's defense attorney, Craig De Costa, said Vallow is waiving an extradition hearing, which had been scheduled for March 2.

She wants to expedite her return to Idaho, De Costa said. 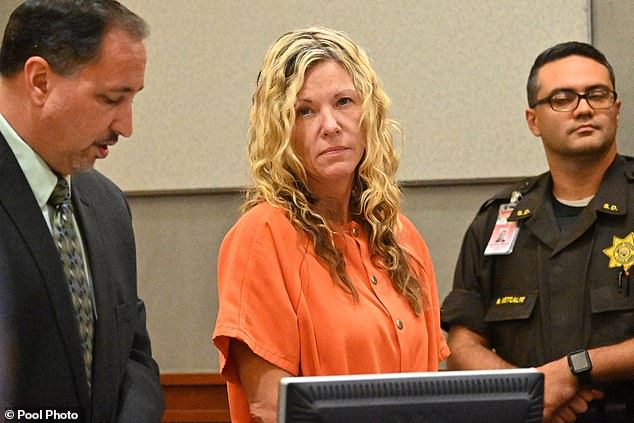 Kauai police arrested Vallow last week on an Idaho warrant. She has been charged with two felony counts of child abandonment and will now be extradited back to Idaho 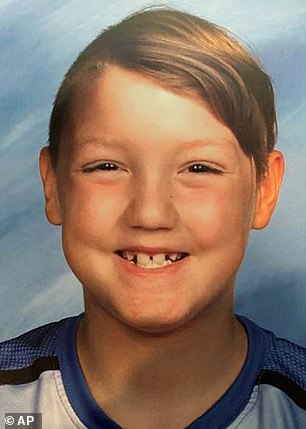 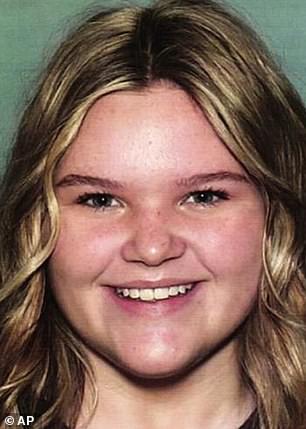 Seven-year-old Joshua 'JJ' Vallow and 17-year-old Tylee Ryan have not been seen since September. Police in the city of Rexburg, Idaho, have said they 'strongly believe that Joshua and Tylee's lives are in danger'

Kauai Prosecutor Justin Kollar said he will work with Idaho authorities on logistics for her departure. The judge set a March 4 status hearing to make sure she has been picked up.

Back in Idaho, Madison County Prosecutors filed several subpoenas on Tuesday calling upon Lori and Chad Daybell's landlord of their Princeville condo, Kauai Beach Resort and Kennedy Elementary in Rexburg to provide documents.

'Said records, documents or other information shall include, but are not limited to, booking and/or reservation dates, durations, notes, billings and method of payment, and any and all phone records,' the Kauai Beach Resort subpoena reads.

The landlord's subpoena asks for Lori and Chad's rental contract, and any other records, documents reports or information pertaining to the couple.

The disappearance of JJ and Tylee captured worldwide attention after authorities pleaded for help in finding them late last year.

Police also have said Vallow and Daybell have lied about the children's whereabouts.

Vallow, also known as Lori Daybell, is also accused of disobeying a court order that required her to bring her children to Idaho authorities last month. De Costa said she is fighting the order because it would allow authorities to take

sport news Lionel Messi lauded by European papers amid pay cut - as L'Equipe liken him to ...

Skye Wheatley asks for COVID-19 information from her Instagram fans