Democrat Tom Steyer proved Friday night that he would dance - jiggle, grind and gyrate for votes.

The billionaire candidate had invited rapper Juvenile to appear at his rally on South Carolina primary eve at a college campus in Columbia.

And he joined the rapper for a spirited rendition of 'Back That Azz Up' onstage.

Steyer grabbed the mic, bent his knees and stuck out his behind to the rhythm of the 1999 hit, that taught a generation of how to 'drop it like it's hot.' 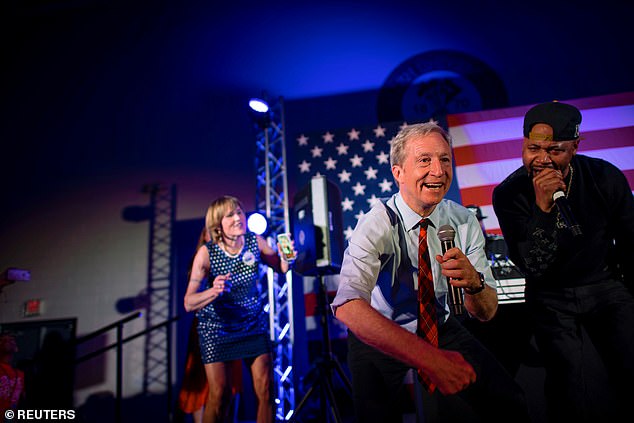 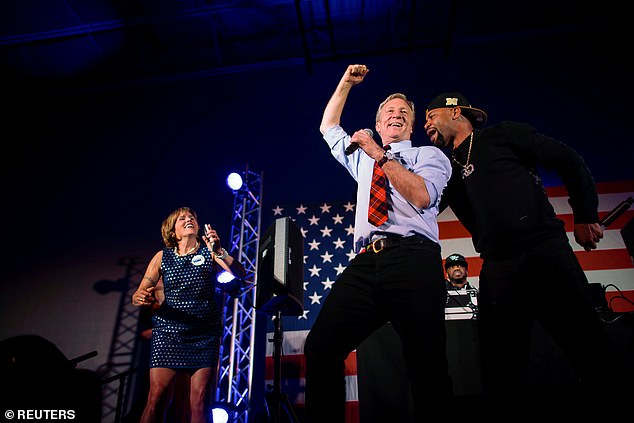 Democratic hopeful Tom Steyer (center) dances to 'Back that Azz Up' with rapper Juvenile (right) and wife Kat Taylor (left) at a campaign rally in Columbia, South Carolina 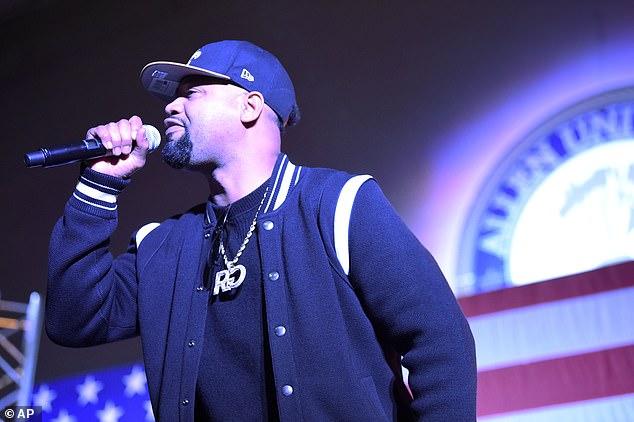 Juvenile had originally been slotted to perform earlier in the evening, but there was an audio problem that prevented him from finishing his set

Juvenile was supposed to play a set before Steyer's speech, but the performer balked at the sound quailty. '

'Come on sound man, you’re getting worse by the second,' the rapper complained. 'I think the sound man went to the bar!'

He promised he would come back when the audio problem got fixed.

Steyer's campaign had put together a line-up of Juvenile, Adams and DJ Jazzy Jeff for the event, taking place a day before South Carolina voters head to the polls.

Before entering the gynasium, where two stages were set up for music and speeches, attendees were treated to a full appetizer spread, complete with mashed potato bar - an unusual site at a free campaign event, where funds - and food - tend to be sparse.

The event kicked off with host Bianca Chardei, an alumna of  'America's Next Top Model,' making a pitch for Steyer and then trying to keep the audience

us news More Americans worry about losing wages and covering costs as coronavirus ...