'I'm going to call my daughter to come here and smash you': Drunk man is filmed allegedly assaulting a pair of young girls after calling them 'f***ing ugly' Drunk man allegedly abused a group of young girls on Pittwater Road, Dee Why  The girls tell the older man that they're children and don't want any trouble  The man continues to taunt the girls and yells at them that they're 'f***ing ugly'  He then gets on the phone and calls his daughter so she could 'smash them'

A drunk man was filmed allegedly assaulting young teenagers and calling them 'f***ing ugly' before threatening to have his daughter to 'smash them'.

The alleged altercation was recorded by one of the girls and posted to social media showing the intoxicated man allegedly abusing them on Pittwater Road at Dee Why, northern Sydney.

The girls can be heard telling the man, who is standing with his arms crossed in front of them, that they don't know him and don't want any trouble.

'We're young children and you're a man.' 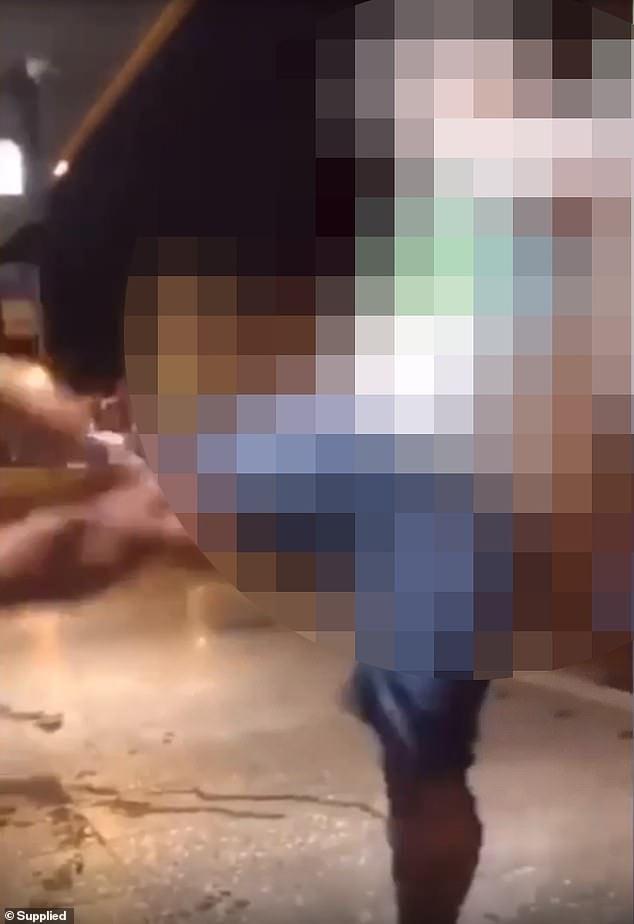 He wanders off from the young girls and continues muttering swear words under his breath before saying he's going to call his daughter to 'smash you'.

One of the girls asks 'for what' to which he responds, 'because you're f***king ugly'.

As he places his mobile to his ear, one of girls could be heard yelling out for police to come.

Macy's to furlough most of its 130,000 employees after being forced to close ...