Flood-hit towns took another severe battering yesterday as February was declared the wettest on record.

Storm Jorge was the latest in a series which have struck the UK, bringing heavy downpours, 70 mph gales and snow.

More than 300 flood warnings and alerts were in place across England and Wales yesterday.

And today there are wind warnings across Northern England, North Wales, Northern Ireland and Scotland. 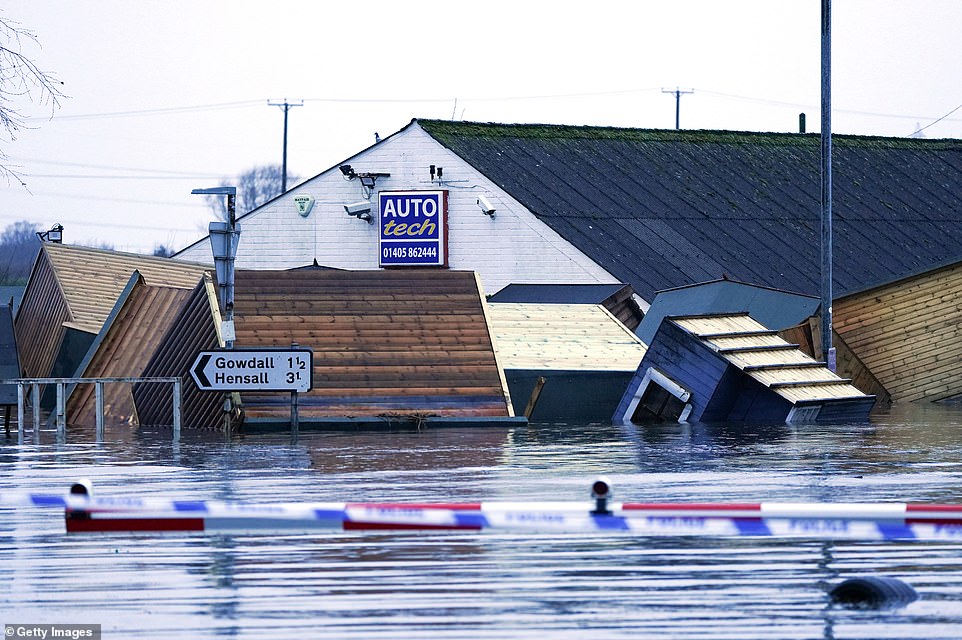 Storm Jorge has swept into the UK bringing four inches of rain, fierce winds and snow as drivers are urged to avoid unnecessary travel. Pictured: Garden sheds floating in the flood water in Snaith as dozens of homes and businesses were hit by Storm Jorge 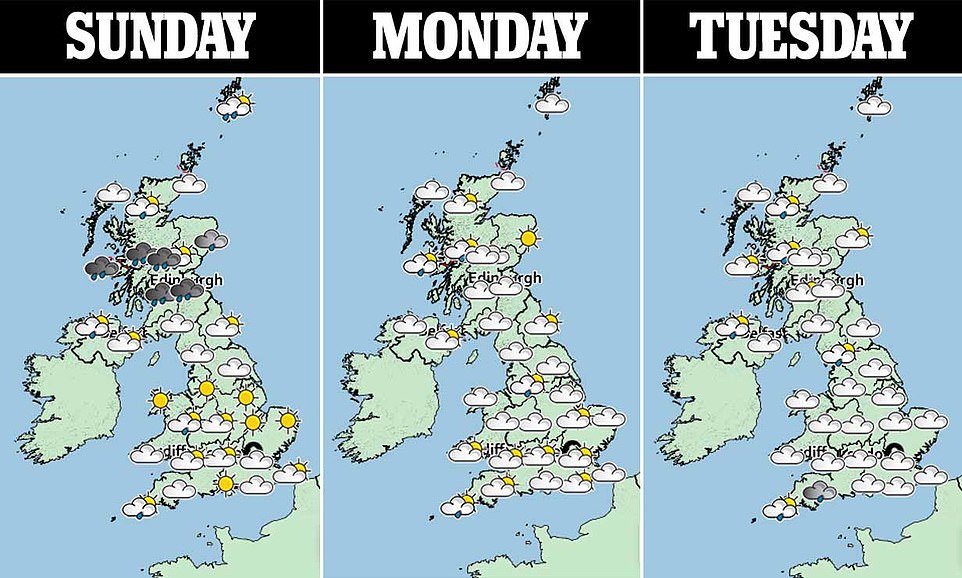 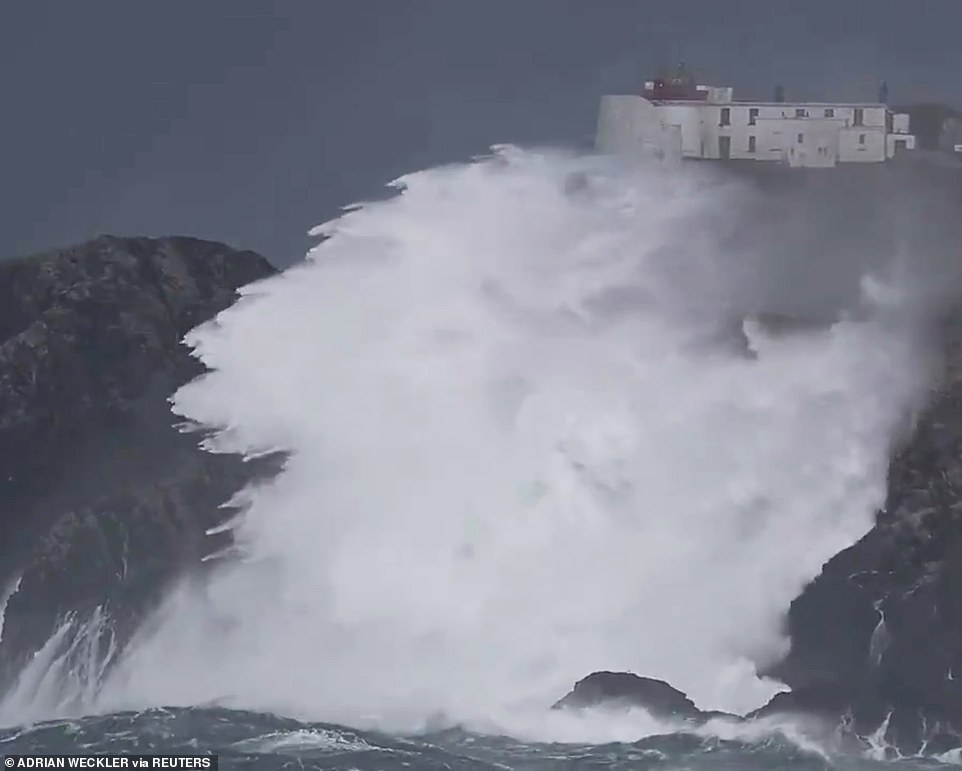 Storm Jorge caused waves to crash against a cliff in Eagle Island, County Mayo in Ireland in the fourth weekend of bad weather

A fourth successive weekend of severe weather in the wake of Storm Ciara and Storm Dennis has left flood damaged parts of Britain struggling to cope.

In South Wales police declared a 'critical incident' yesterday before the alert was later stood down.

But more than 600 homes and a similar number of businesses in Wales have already been affected by the floods - accounting for around a quarter of properties flooded across the UK.

The police's concern yesterday centred on Pontypridd which was flooded two weeks ago. Residents in the town, which is 12 miles north of Cardiff, were told to stay indoors unless 'absolutely necessary'. Ely Bridge in Cardiff was closed on Friday night and police warned of a landslide in Pontsticill, near Merthyr Tydfil, which completely blocked the road.

England has had more than three times the amount of its average February rainfall, according to the Environment Agency. 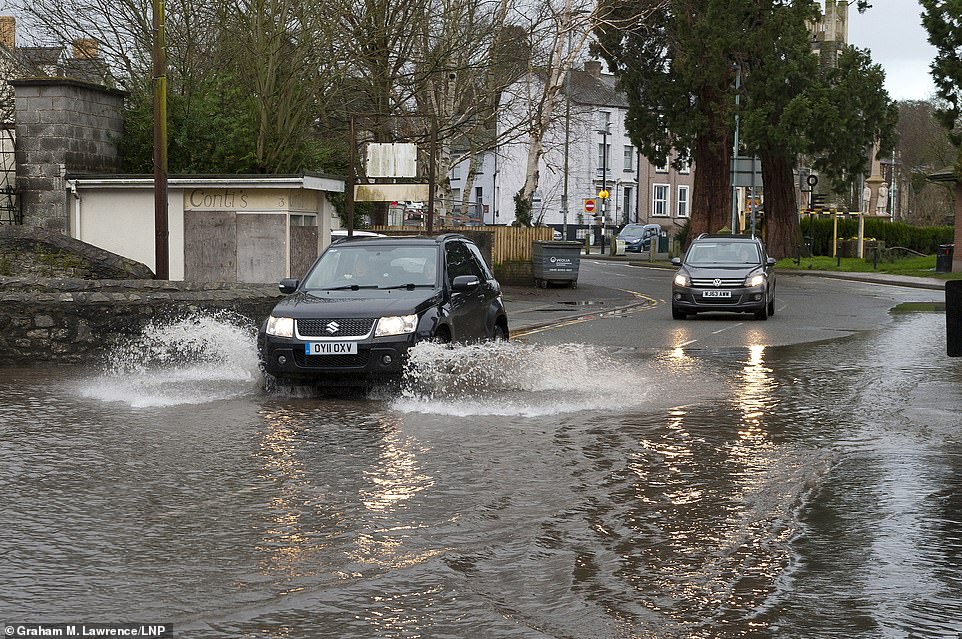 There are currently more than 260 flood alerts in place with the most severe warnings being issued in the south west and along the English-Welsh border. Pictured: Cars attempting to drive through the flood waters in Powys, Wales 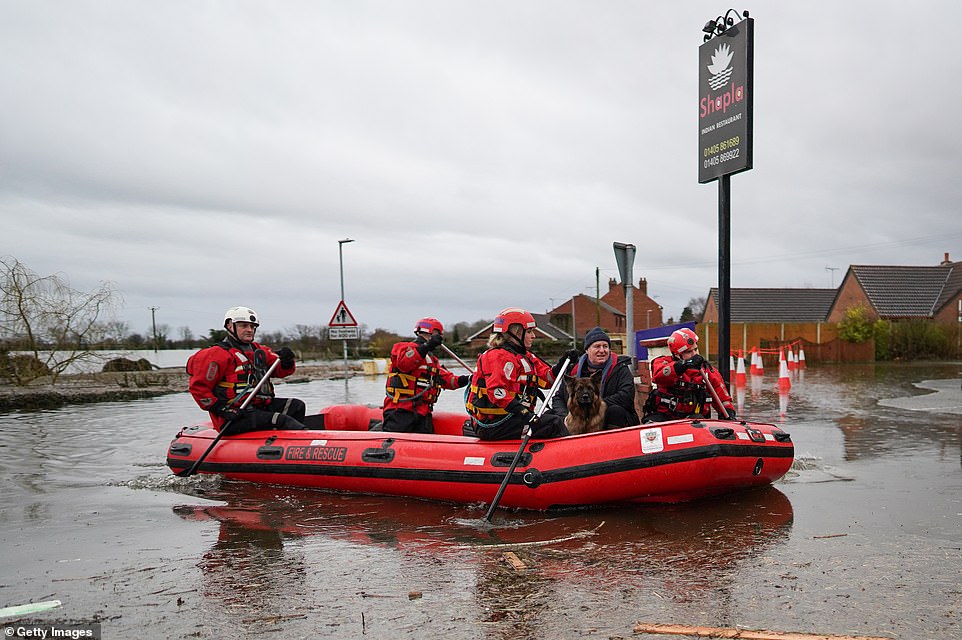 Humberside Fire and Rescue services rescued a resident and his dog from a home in Snaith, Yorkshire, as flooding continues after the River Aire bursts its banks 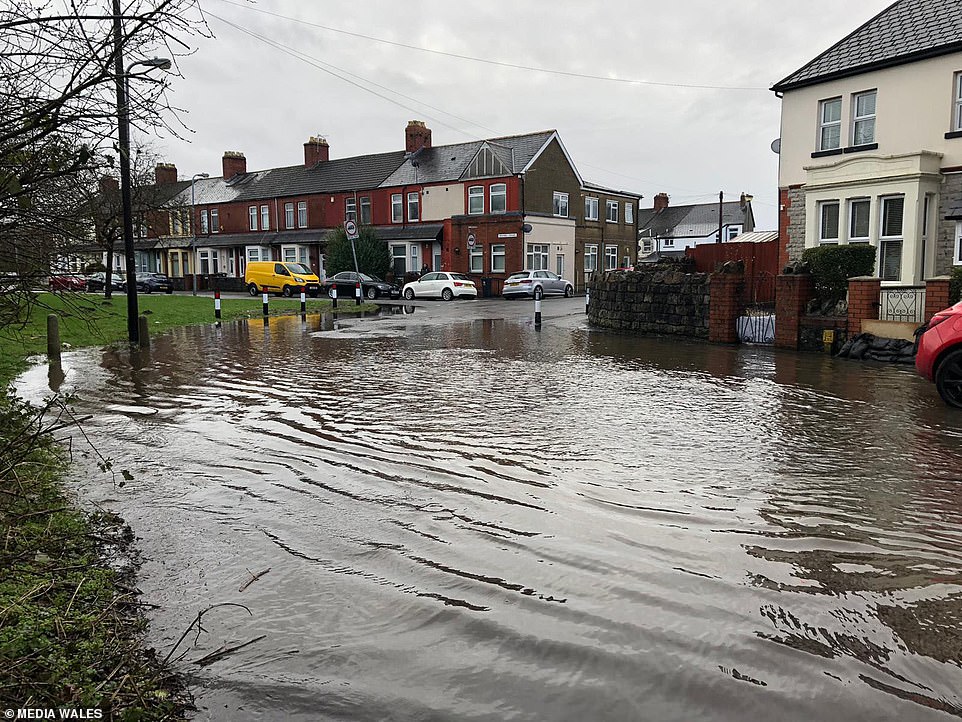 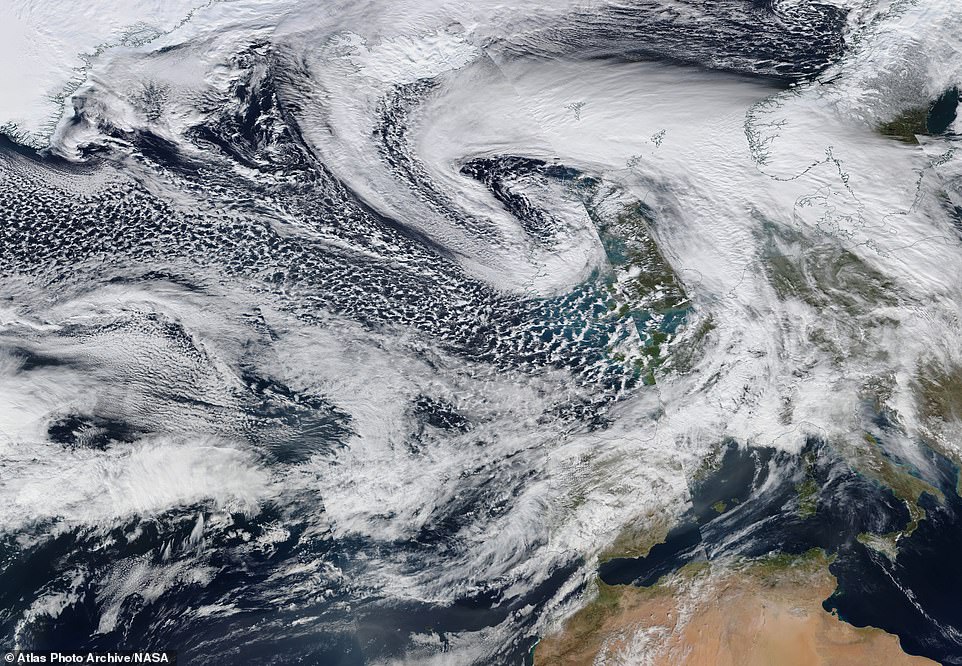 Some areas have had a typical month's rainfall in just 24 hours.