The most senior civil servant at the Home Office quit yesterday and launched an astonishing broadside against Priti Patel.

After months of Whitehall warfare spilled over into a lurid public briefing war, Sir Philip Rutnam – dubbed 'Sir Calamity' – dramatically summoned the BBC to announce his walkout and vowed to sue the Government.

He accused the Home Secretary of orchestrating a 'vicious' campaign against him and claimed Civil Service chiefs had tried to buy him off in return for his silence.

He went on to directly accuse Ms Patel of involvement in plots to oust him and of creating a climate of fear in her department by 'shouting and swearing'.

But critics hit back to brand Sir Philip's Whitehall career a 'litany of failure'.

And allies of the Home Secretary declared victory last night, claiming the former banker 'knew he was toast' and had 'jumped before he was pushed'.

One source claimed Sir Philip's public civil war with the Home Secretary was 'the only way to save face' after his position became untenable.

The explosive resignation came after simmering tensions between Ms Patel and her Permanent Secretary boiled to the surface last weekend, with various reports about a rift between the two.

And it comes amid growing tension between Boris Johnson's Government and the Civil Service machine.

Sir Philip vowed to sue the Government for constructive dismissal after his name appeared on a 'hitlist' of senior civil servants that Downing Street wanted to sack that was leaked to the media.

It is understood that tensions in the Home Office came to a head in September after Sir Philip blocked a pre-Election announcement that Ms Patel wanted to roll out Tasers for police.

It was also felt at the top of Government that Sir Philip had been 'a roadblock to change' and has consistently tried to stymie reforms needed to get Britain ready for Brexit. 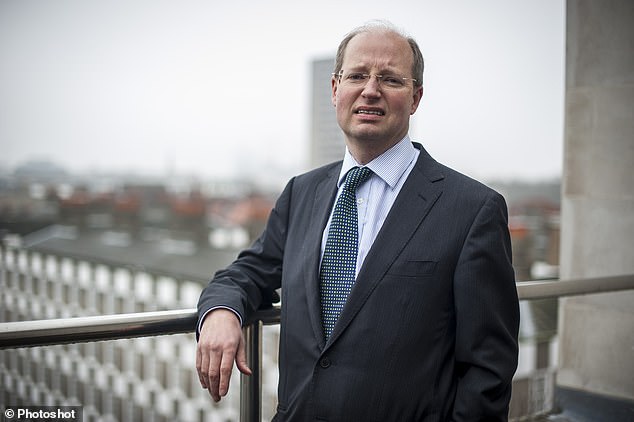 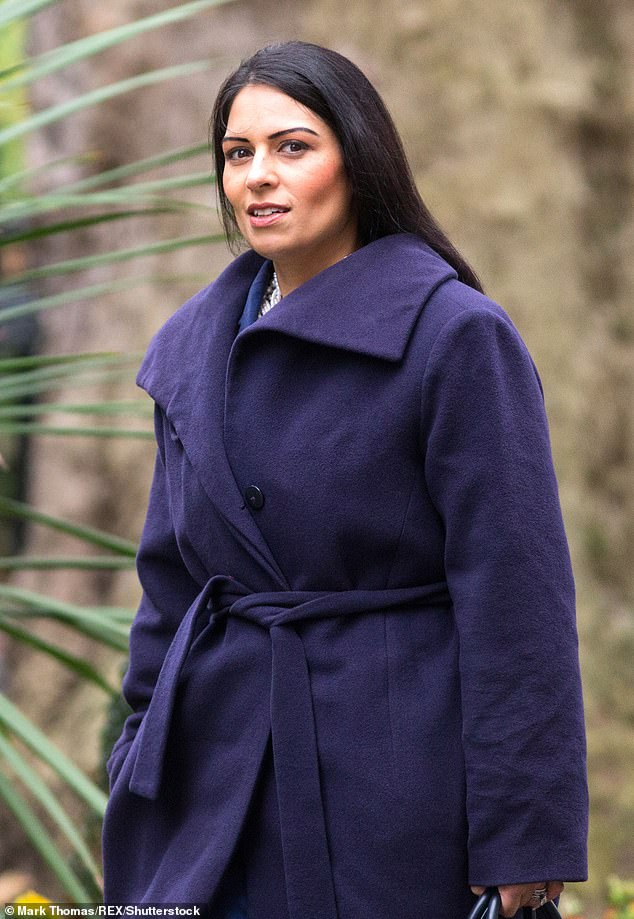 Allies of the Home Secretary declared victory last night, claiming the former banker 'knew he was toast' and had 'jumped before he was pushed'

Other insiders say the pair had been engaged in a vicious turf war since the moment Ms Patel was appointed.

When two of Ms Patel's praetorian guard of special advisers left the department last month, a slew of negative media stories about the Home Secretary began to appear.

A source said: 'This is what happens when you remove a Minister's political protection. The haters declared open season on her and there was no one there to fight her corner.'

'I have this morning resigned as Permanent Secretary of the Home Office.

'I take this decision with great regret after a career of 33 years.

'I am making this statement now because I will be issuing a claim against the Home Office for constructive dismissal.

'In the last 10 days I have been the target of a vicious and orchestrated briefing campaign.

'It has been alleged that I have briefed the media against the Home Secretary.

'This, along with many other claims, is completely false.

'The Home Secretary categorically denied any involvement in this campaign to the Cabinet Office. I regret I do not believe her. She has not made the efforts I would expect to dissociate herself from the comments.

'Even despite this campaign, I was willing to effect a reconciliation with the Home Secretary - as requested by the Cabinet Secretary on behalf of the Prime Minister. But despite my efforts to engage with her, Priti Patel has made no effort to engage with me to discuss this.

'I believe that these events give me very strong grounds to claim constructive unfair dismissal, and I will be pursuing that claim in the courts.

'My experience has been extreme but I consider there is evidence it was part of a wider pattern of behaviour.

'One of my duties as Permanent Secretary was to protect the health, safety and well-being of our 35,000 people.

'This created tension with the Home Secretary, and I have encouraged her to change her behaviours.

'I have received allegations that her conduct has included shouting and swearing, belittling people, making unreasonable and repeated demands - behaviour that created fear and that needed some bravery to call out.

'I know that resigning in this way will have serious implications for me personally - the Cabinet Office offered me a financial settlement that would have avoided this outcome.

'I am aware that there will continue to be briefing against me now I have made this decision, but I am hopeful that at least it may not now be directed towards my colleagues or the department.

'This has been a very difficult decision but I hope that my stand may help in maintaining the quality of Government in our country - which includes hundreds of thousands of civil servants, loyally dedicated to delivering this Government's agenda.

'I will make no further comment at this stage.'

Further stories appeared in the media claiming Ms Patel had clashed with senior officials, belittled colleagues and was 'a bully'.

Those reports prompted the head of the Civil Service, Cabinet Secretary Sir Mark Sedwill, to tell all civil servants that advice they give Ministers and 'any debates' around it should remain 'private'.

It culminated with a wickedly false claim that Ms Patel was distrusted by intelligence chiefs that sparked an unprecedented public denial from MI5.

Last night, Sir Mark was also under pressure after it emerged he was on a family holiday during the stand-off and had also been out of the country on security visits to Europe in previous critical days in his other role as National Security Adviser.

A Government source said: 'There is going to be a big row about Sir Mark Sedwill's job sharing. He can't be Cabinet Secretary and on some security jolly every time the Civil Service needs leadership.

Sir Philip has never been short of controversy after admitting fault in a series of high-profile blunders when he was the most senior politician at the Department for Transport. A No 10 source said he was a 'poster boy for failure'.

Many Ministers were also shocked he kept his job after the Windrush scandal that saw Home Secretary Amber Rudd fall on her sword. A probe found that Ms Rudd had been badly advised by her officials, but Sir Philip survived the row by allegedly going 'missing'.

In his incendiary resignation statement, Sir Philip said the campaign against him included 'false' claims that he had briefed the media against Ms Patel.

He added: 'The Home Secretary categorically denied any involvement in this campaign to the Cabinet Office. I regret I do not believe her. I believe these events give me very strong grounds to claim constructive, unfair dismissal and I will be pursuing

PREV Australian man DIES from coronavirus after contracting disease on Diamond ...
NEXT Police arrest BMW driver in his 30s after boy, eight, dies in motorway crash