Boris Johnson 'hands a legal weapon to opponents' by letting court hijack decision on Heathrow Airport's third runway  Dr Liam Fox, former Secretary of State for International Trade, criticised the PM  He said that accepting the Heathrow expansion decision was a serious error  Dr Fox said it was wrong to allow court to hijack police voted on in Parliament

By Glen Owen and Neil Craven for The Mail on Sunday

Boris Johnson was last night accused of handing a 'legal weapon' to opponents by failing to back Heathrow's third runway and abandoning the project to the mercy of the courts.

Dr Liam Fox, former Secretary of State for International Trade, said the Prime Minister was making a serious error by allowing the legal system to hijack policy that has already voted on by Parliament.

Hopes of building a third runway at Heathrow Airport received a major setback after the project was declared illegal on environmental grounds last week.

The Court of Appeal ruled Ministers had not honoured the Paris climate change agreement when they approved the third runway at Heathrow. 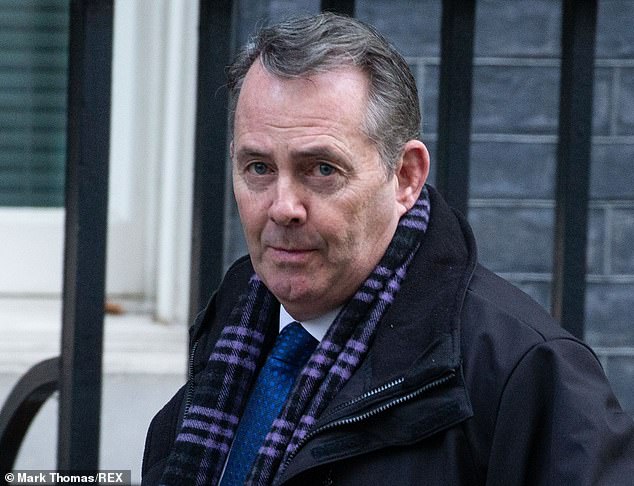 It follows nearly two decades of wrangling over the project and a Government-appointed commission that said in 2015 a third runway at Heathrow 'will be crucial to the country's prosperity in an increasingly integrated global economy' and could be done 'without imposing too great an environmental impact'. A sweeping majority in Parliament subsequently sealed the plan, but its destiny has become fraught.

And part of the problem, say supporters of the project, is that the Prime Minister once threatened to 'lie down in front of the bulldozers' to prevent it.

Heathrow and its backers have vowed to challenge last week's decision at the Supreme Court.

But businesses behind Heathrow and other major infrastructure projects have warned that the court decision could set a dangerous precedent that has major legal implications for other future projects.