The manager of a small motel on the bushfire-ravaged south coast of New South Wales charged a guest an additional $50 fee after she left a negative review online.

She rated the accommodation 6/10 and acknowledged the room was 'quite nice and served its purpose' but 'quite noisy' and was not cleaned during her stay.

In response, the manager of the business sent her an updated invoice for her stay - adding an additional $50 surcharge for her 'false review'. 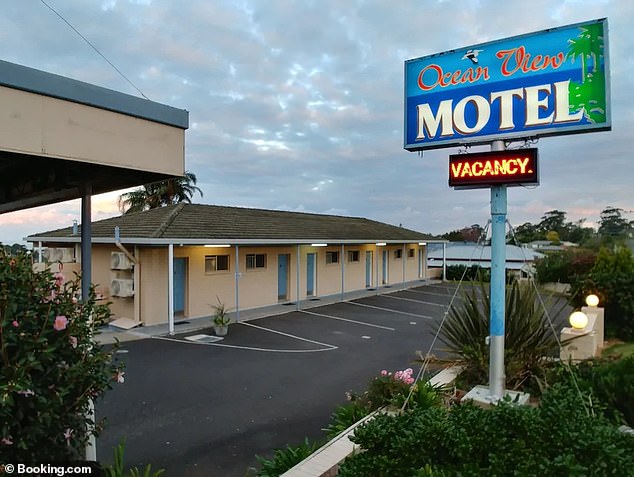 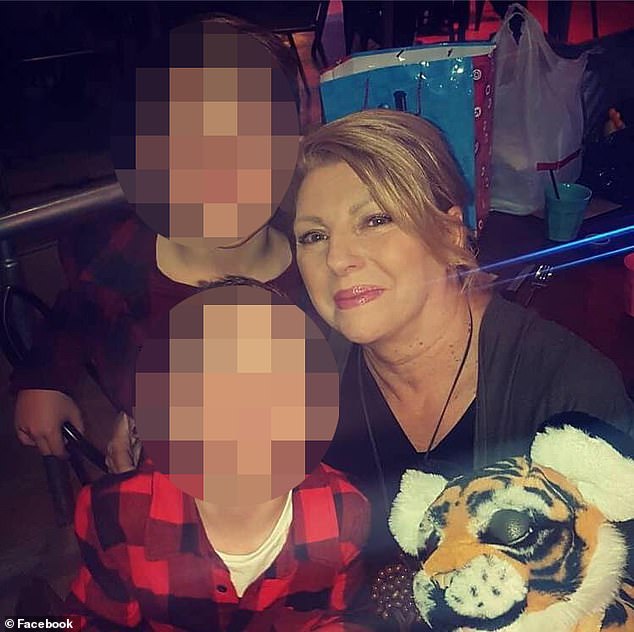 'Will be refunded if you remove within 24 hours, if not it will go toward legal proceedings,' the invoice read.

Ms Graham contacted the booking agent, her bank and police after the incident, she claimed.

The new invoice also included a $10 discount for opting out of housekeeping services, but Ms Graham believes this was also in response to her review.

'She didn't actually deduct $10 for no housekeeping,' she said. 'The first invoice didn't even mention that. It was only because I put in the review that she didn't do any housekeeping.' 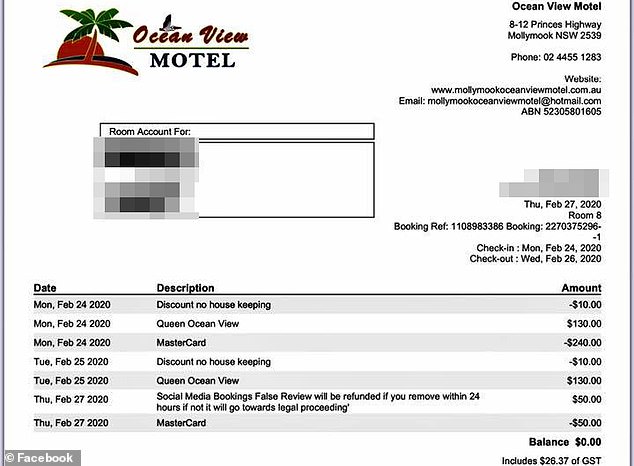 'Social media Bookings fake review,' the description of the bill read. 'Will be refunded if you remove within 24 hours, if not it will go toward legal proceedings' 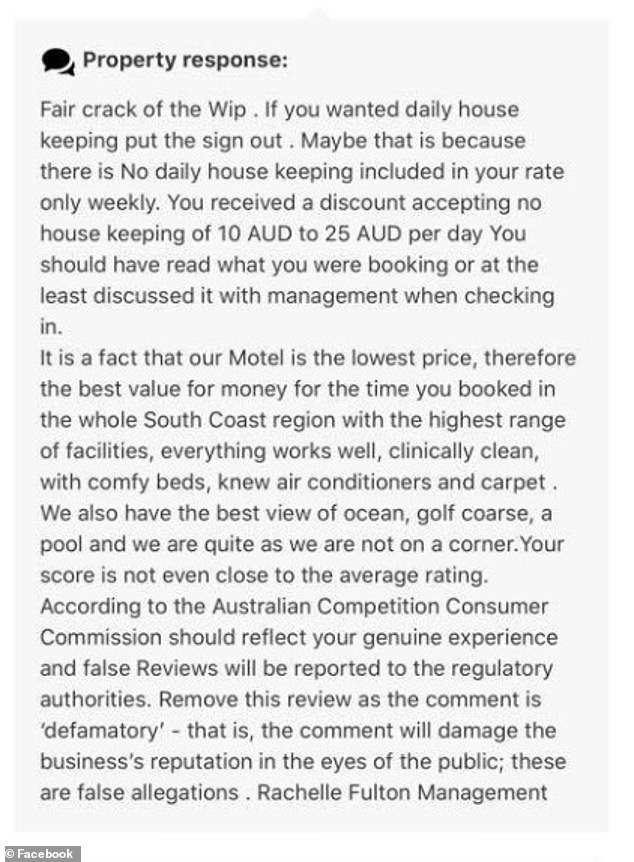 She described the entire ordeal as 'laughable' but said the motel manager had 'messed with the wrong person'.

The bank has frozen her credit card to stop the payment from processing, she claimed.

But Ms Graham said it isn't ideal that she