Adorable 11-week-old Staffy named Athena is returned to its family as man is charged with 'snatching the $2,500 puppy from a balcony' Owner David Chapman paid $2500 for the puppy as a gift for his children Mr Chapman and police asked the community for help finding the pet Officers found a man, 34, with the dog 40 minutes from where she went missing

An 11-week-old Staffy called Athena has been reunited with her owners after she was allegedly snatched from a balcony.

The American Staffordshire Terrier was allegedly taken from the balcony of a home in the Newcastle suburb of Cooks Hill, north of Sydney, at about 2.30pm on Wednesday.

Owner David Chapman said on social media that he paid $2500 for the puppy as a gift for his children.

He pleaded with members of a local Facebook group to get in touch if they knew where Athena might be. 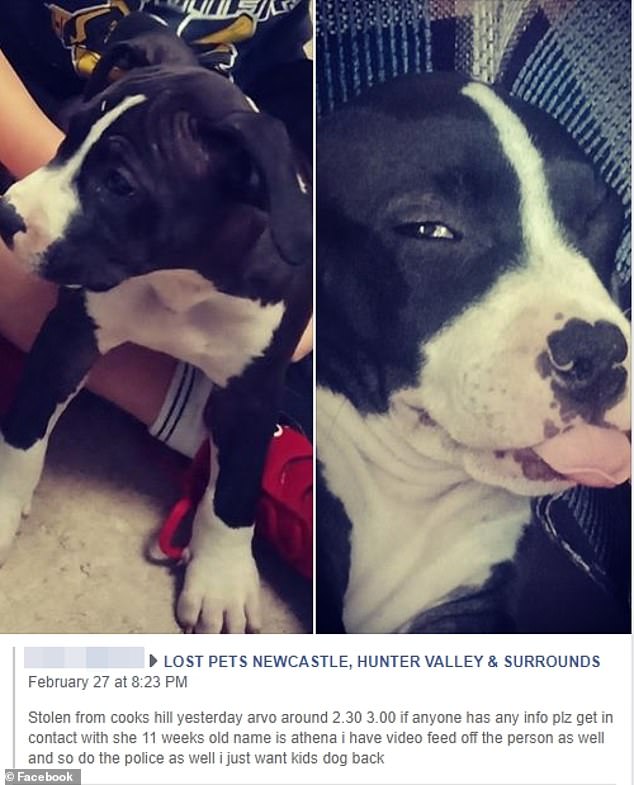