'Like David and Goliath': Redback spider battles a deadly brown snake in a suburban backyard - and the winner of the fight will shock you A redback spider has taken an unexpected victory against a baby brown snake A woman in Burton, Adelaide, saw the creatures battling in her yard on Friday She quickly pulled out her camera as the spider bit the reptile caught in its web The snake later died and experts say the spider would have returned to feast

A redback spider has slayed a deadly brown snake in a cut-throat battle in a suburban backyard.

An Adelaide woman was putting her washing out on Friday afternoon when she stumbled across the snake entangled in web with a spider on its back.

A video of the clash shows the serpent suspended in the web, desperately trying to break free.

But the spider swiftly wraps its silk up the snake's body and over its head until it is completely engulfed before scurrying away. 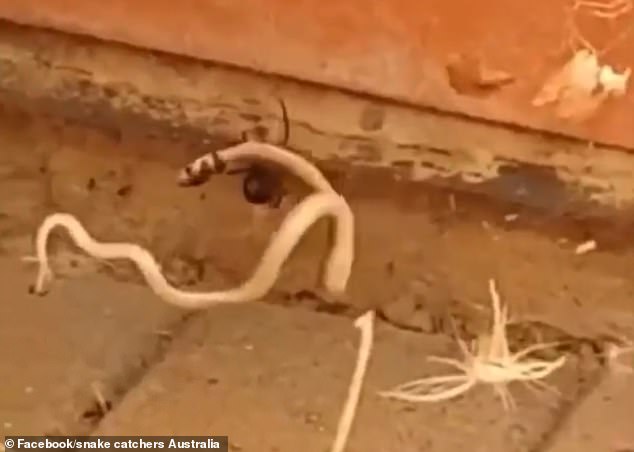 'The redback was winding more and more