The role slavery and cheap labour played in the foundation and vast wealth of the British Empire has been highlighted by a New York museum.

New York's Metropolitan Museum of Art has redesigned its British galleries to illustrate how cultural traditions that sprang from the empire fitted alongside opulent wealth amassed from slave labour.

The renovation cost roughly $22 million and has transformed the museum's exhibits of British decorative arts over a 400-year period.

Through nearly 700 works created between 1500 and 1900, the suite of 10 galleries gives 'a fresh perspective' on Britain's entrepreneurial spirit and complex history.

The galleries, which cover from Henry VII and Queen Victoria, include a large collection of design, sculpture, teapots and china figurines.

The museum says it has made its collection 'relevant to a contemporary audience' by emphasising the development and growth of the British Empire 'with all of its systems of exploitation'. 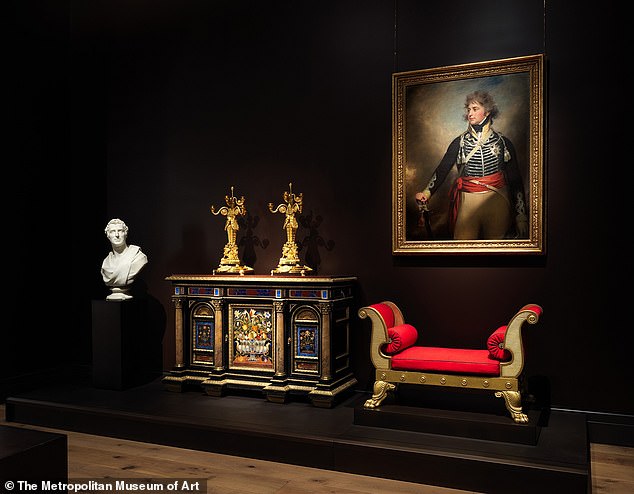 The 19th-century British gallery, including a Thomas Hope gilded-wood bench, a pair of Alexis Decaix six-light candelabra and a bust by Sir Francis Chantrey 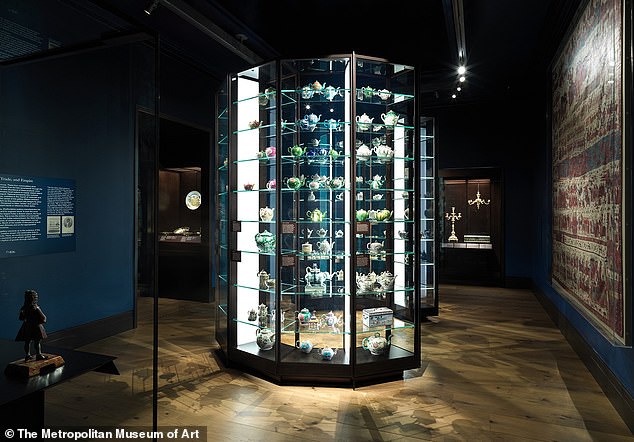 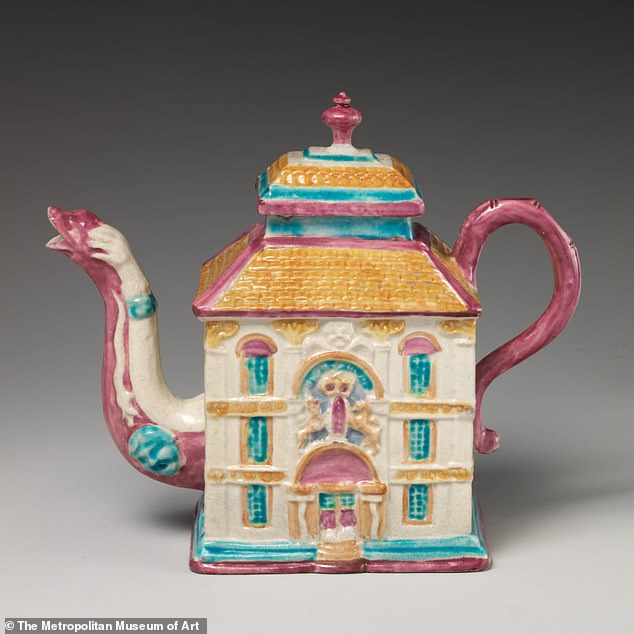 British Staffordshire teapot that is part of the Met's renovated British galleries. One display features Rococo tea caddies of romanticised colonial scenes alongside an anti-slavery medallion

This face-lift, open to the public tomorrow as part of the Met's 150-year anniversary, is intended to inject life into the presentation of British artefacts and show a more nuanced representation of empire.

Wolf Burchard, associate curator of British Furniture and Decorative Arts and lead curator for the new galleries, said it was time for the gallery to reflect how these British art pieces were financed through exploitation.

He told artnet news: 'The previous galleries were of their time. They were pretty interiors designed to showcase the most wonderful objects that we have in our collection.

'For all the Beauty of these objects, the British Empire was the backbone of the British economy and the funds made available to produce these things is in part due to the empire and the slave trade - and you have to acknowledge that.'

He added: 'One of the main reasons why The Met can justify having galleries of this scale dedicated solely to British art is that it is such an international story.

'It appears particularly timely to ask oneself the question of how best to convey Britain's culture of creativity at a moment when the United Kingdom is reassessing its role on the European and global stage. 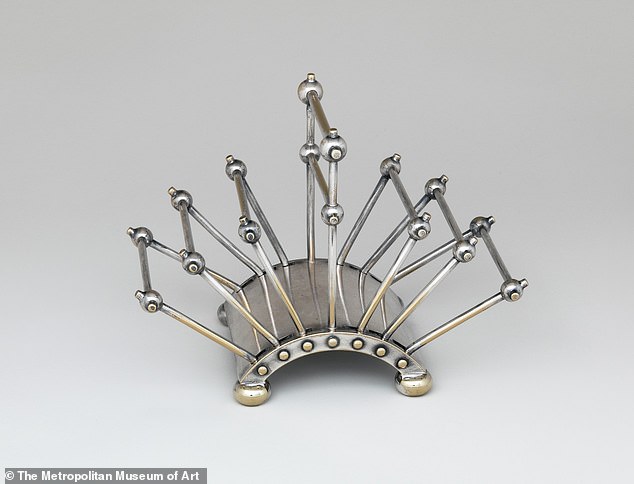 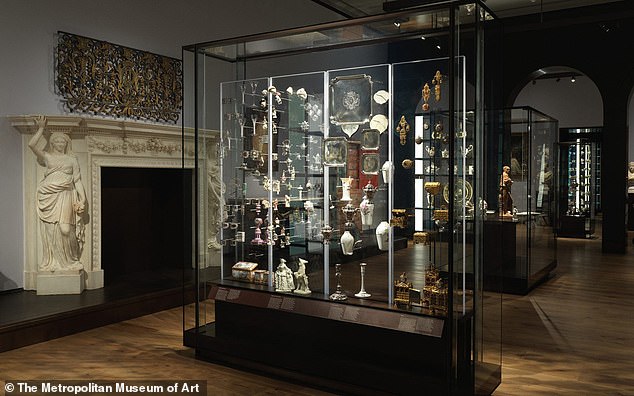 An installation of the 18th-century

Trump Administration says up 240,000 Americans to die from coronavirus mogaznewsen