Disgusting moment driver catches a tourist defecating outside his house - before the 'poopetrator' is ordered to clean up his mess and put it in his van Pacey Grooby, 18, was driving home when he saw a man defecating in his street Mr Grooby pulled out his phone and filmed the incident before posting it online Two days later, Mr Grooby found the German tourist urinating outside his house The council was called and he was fined $400 and forced to clean up his faeces

A man driving home from a night out has busted a tourist defecating on the grass verge near his house.

New Zealand man Pacey Grooby, 18, was a door down from his home in Motueka, west of Nelson, on Friday around 9.40pm when he came across an overseas camper squatting by the road.

Disturbed by the sight, Mr Grooby turned his car back around and pulled out his phone to video the incident before posting it to Facebook. 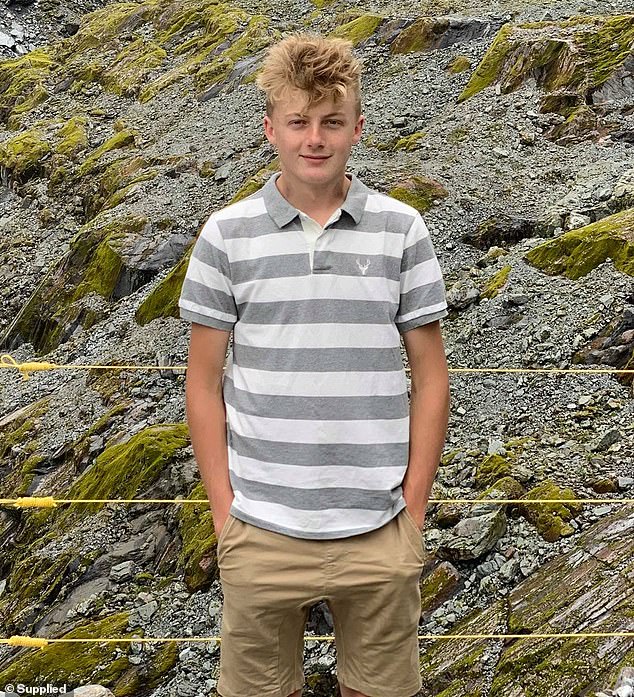 Pacey Grooby, 18, busted a German tourist relieving his bowels near his Motueka home on Friday night

The video shows a man perched on the strip of grass next to a driveway with his pants completely off.

'What are you doing mate?' Mr Grooby can be heard calling out to the man as he pulls up next to him.

'Just s***ing,' the man replies, as he unravels a wad of toilet paper.

Mr Grooby told Daily Mail Australia the German tourist left his mess and scraps of toilet paper and drove away.

Outraged, Mr Grooby spent the next day hunting through camp zones to locate him, with no luck.