Dead for 90 minutes: Doctors are left stunned as patient miraculously comes back to life WITHOUT brain damage despite his heart stopping for more than hour Alistair Blake fell into cardiac arrest while asleep next to his wife in January 2019 Melinda Blake began CPR on him before paramedics arrived and took control  Mr Blake was dead for 90 minutes before he miraculously produced a pulse  Surgeons unblocked an artery and fitted him with a pacemaker as a precaution  Doctors are astounded that he suffered no brain damage or physical impairment He has a new lease on life, playing tennis and spending time with his family

Doctors have been left stunned after a patient came back to life with no brain damage despite his heart stopping for more than an hour.

Alistair Blake went into cardiac arrest after one of his arteries blocked while sleeping next to his wife Melinda in their Blairgowrie holiday house in Victoria.

Ms Blake woke up to what she thought was her husband snoring at 3am and went to the bathroom before returning to find him blue and unresponsive.

'I knew he was dying, that we were in trouble and I was on my own down at the beach house,' she told The Herald Sun.

Ms Blake had completed a refresher course on her first aid training three weeks prior and sprung into action, commencing CPR on her husband before ambulance and paramedics arrived. 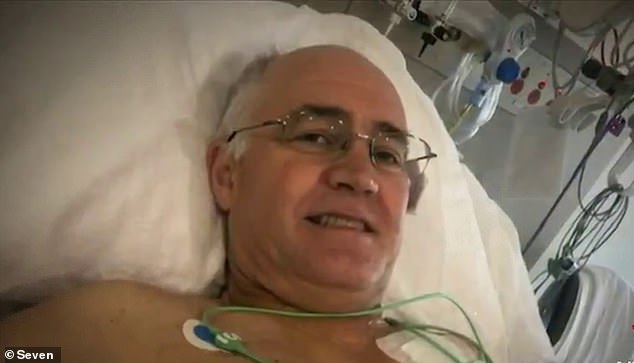 They worked on Mr Blake for more than an hour and gave him adrenaline and eight shocks with a defibrillator, but he was

us news Trump compelled these companies to make critical supplies, but most of them ...