Racist yob who called family with young child 'dirty Jews' before kicking café table at them in busy shopping street found guilty of hate crime Adam Cassidy launched the sickening attack on a young father and his family The 20-year-old did so as they had a coffee in St Albans, Hertfordshire last year He was found guilty racially aggravated assault and of using the anti-Semitic slur

A racist yob who hurled vile anti-Semitic abuse at a Jewish family was found guilty after film footage of the confrontation went viral.

Adam Cassidy, 20, called the group 'dirty Jews' when they confronted him after he collided with a baby buggy outside a Costa in St Albans in August last year.

Cassidy claimed they called him a 'dirty Arab' first, but his defence was rejected by magistrates. 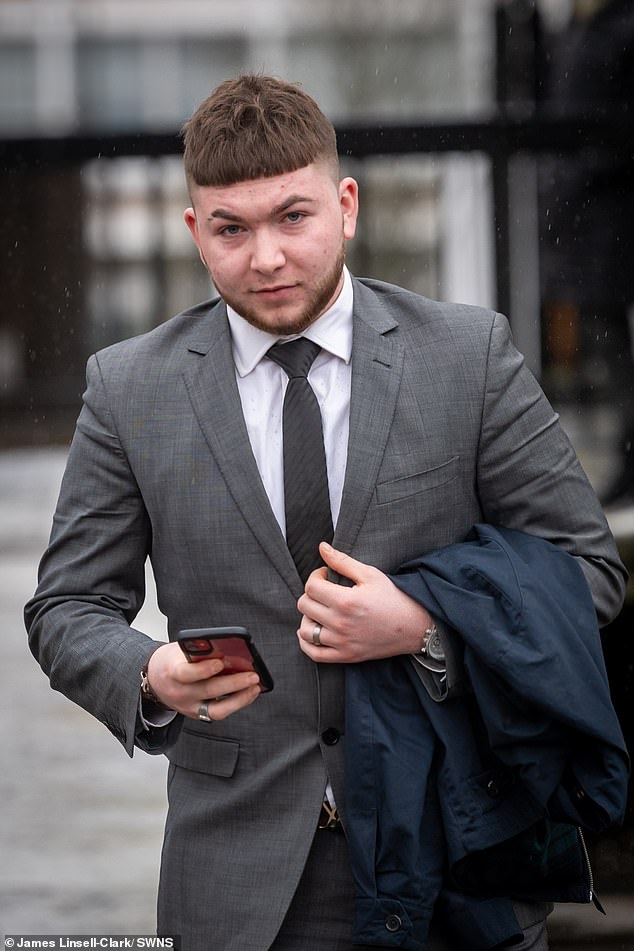 Adam Cassidy, 20, pictured at court Friday, called the group 'dirty Jews' when they confronted him after he collided with a baby buggy outside a Costa in St Albans in August last year

A video of the incident, filmed by victim Michael Mendelsohn, was played to the court and showed Cassidy using the anti-Semitic term three times before kicking a Costa hoarding in the family's direction.

Cassidy, who grew up in Egypt and is the son of an English mother and a Turkish father, had pleaded not guilty to racially aggravated assault and to using the slur when he appeared at St Albans Magistrates' Court.

'Whether it was an accident when you bumped into the buggy I don't know.

'I'm satisfied you used the