Members of the Welsh Guards marked their first St David's Day in Windsor by rededicating a memorial made for fallen comrades during the Falklands War.

Soldiers from the 1st Battalion Welsh Guards commemorated the patron saint of Wales with a parade through the town, the first of its kind since moving into Combermere Barracks in St Leonard's Road last summer.

This was followed by a special service in Holy Trinity Garrison Church led by the Reverend Matthew Dietz CF, chaplain to the First Battalion Welsh Guards, where a 'temporary' Regimental Memorial Cross was given its new permanent home inside the church. 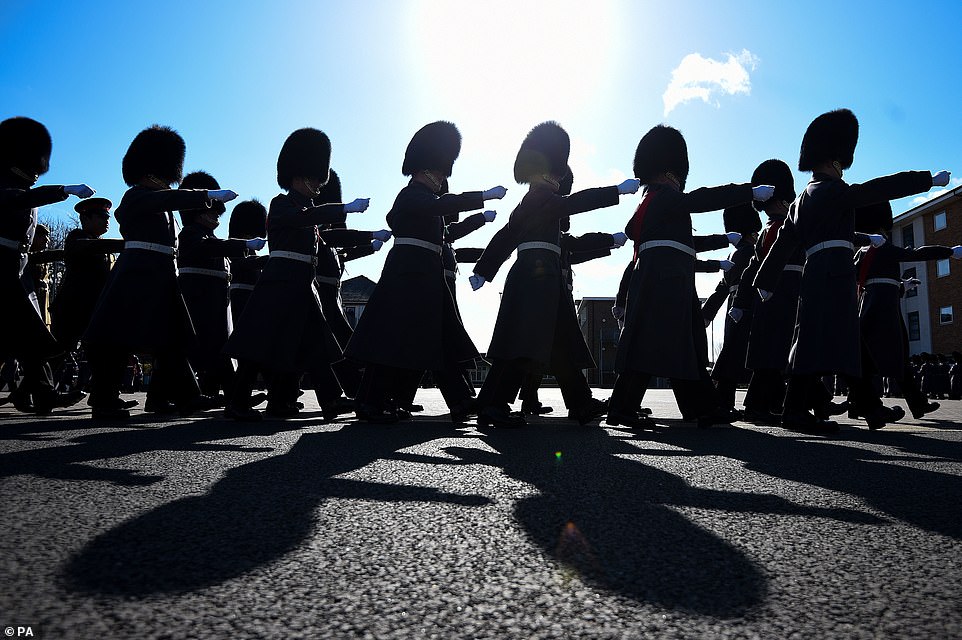 The cross was originally erected in June 1982 by members of the 1st Battalion Welsh Guards at Fitzroy Cove, Falkland Islands, in memory of the 38 Welsh guardsmen and attached soldiers, who died as a result of the Sir Galahad incident.

In total, 56 men lost their lives during the biggest single loss suffered by British troops during the Falklands War.

After the service, which was attended by Lord Guthrie, the soldiers were presented with commemorative leeks. 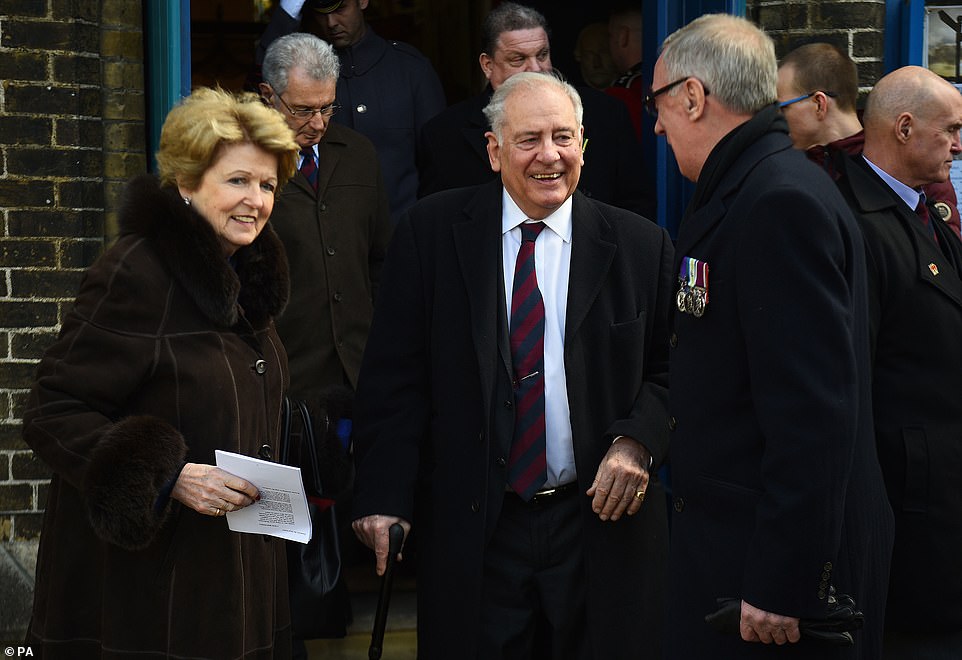 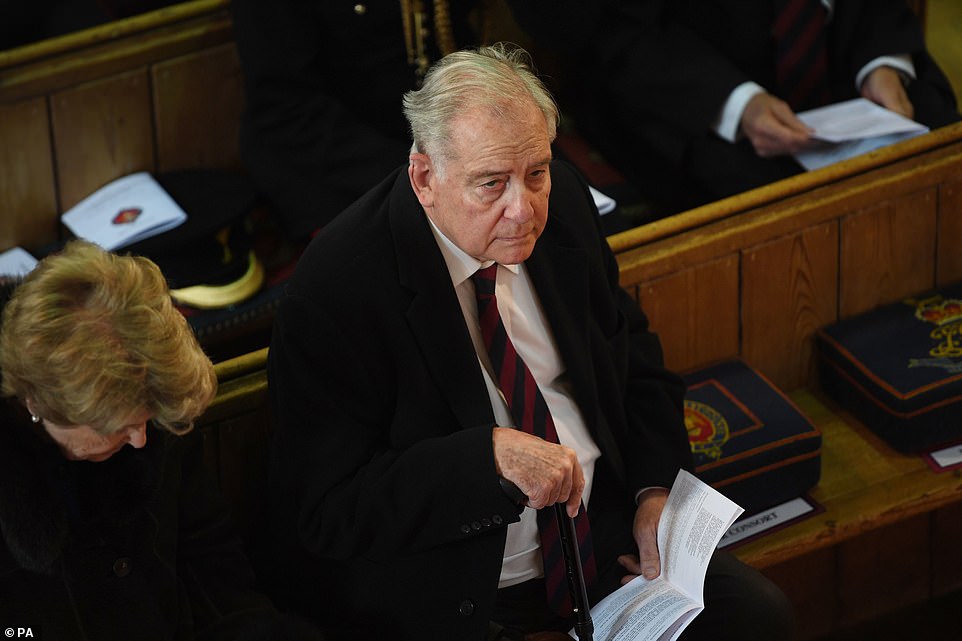 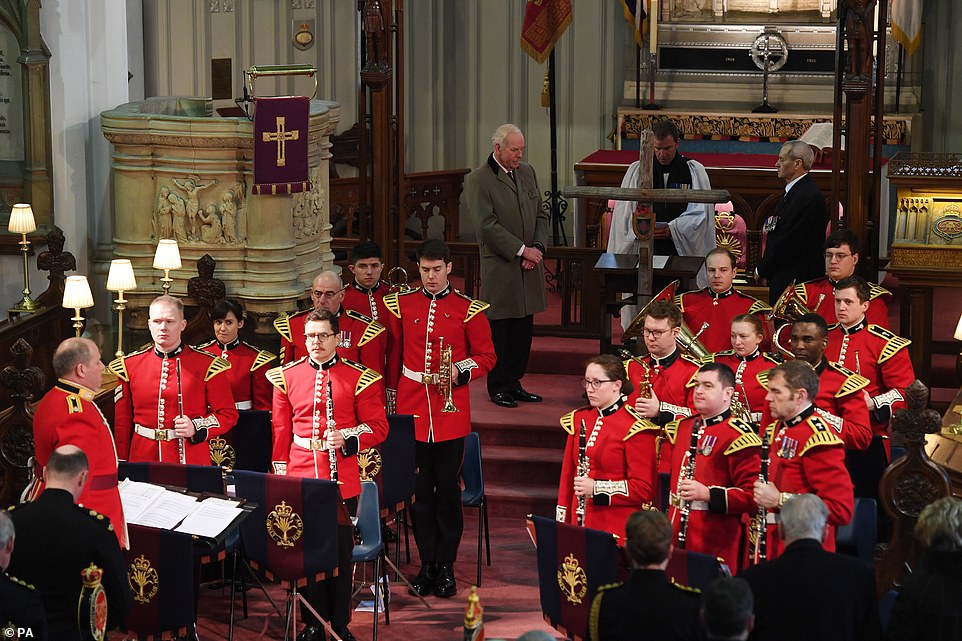 St David’s Day is an annual feast day that commemorates the patron saint of Wales, Saint David, on the day he died in 589 AD.

Dydd Gŵyl Dewi has been celebrated since David was canonised by Pope Callistus II in the 12th century and today, the Welsh continue to feast on food like cawl, a Welsh soup or broth.

Cities like Cardiff, Swansea and Aberystwyth mark the day by holding St David’s Day parades and people dress up in traditional Welsh dress. 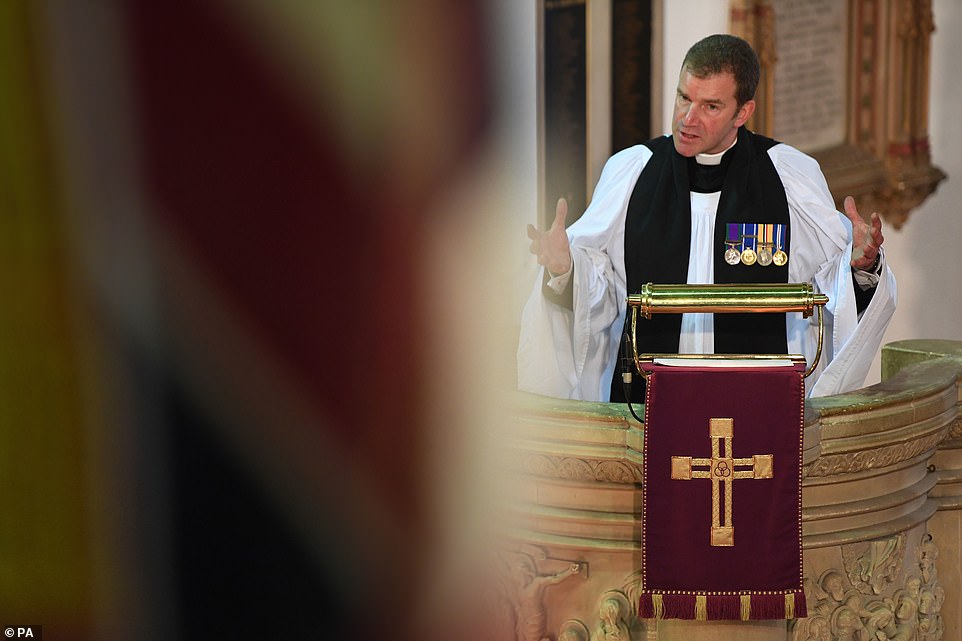 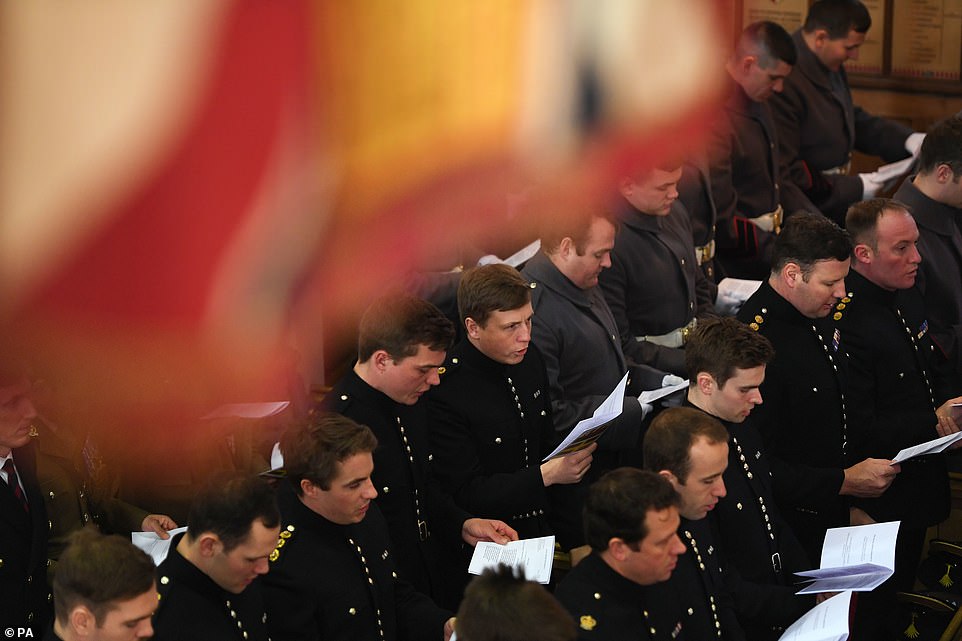 The service remembered the 38 Welsh guardsmen and attached soldiers, who died during the Sir Galahad incident of 1982

Born in Caerfai in Pembrokeshire around 500 AD, he was recognised as the Welsh patron saint during the country’s resistance to the Normans. 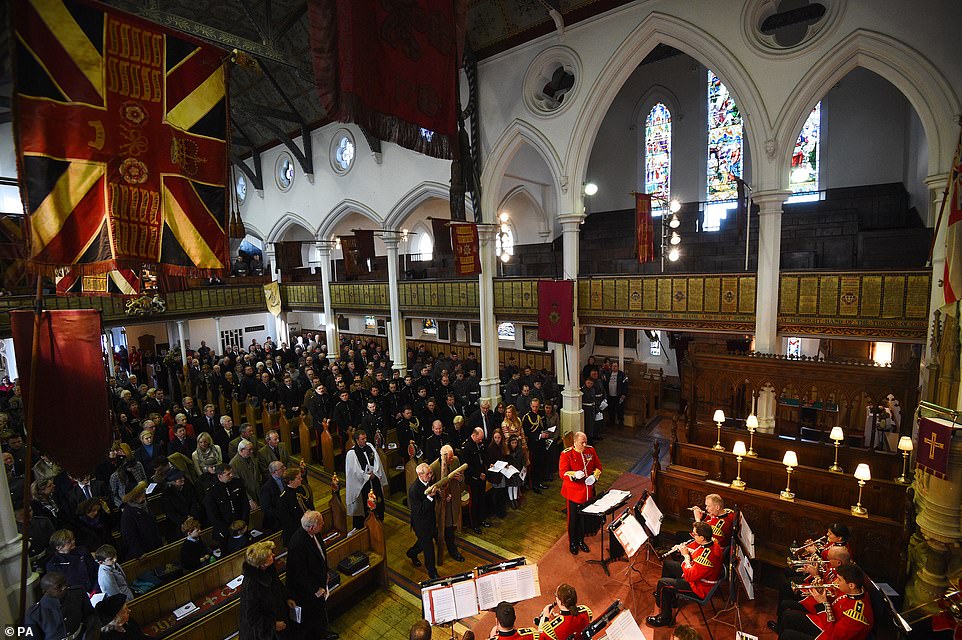 The commemorative cross is brought to the front of the battalion church, where it will now be placed permanently 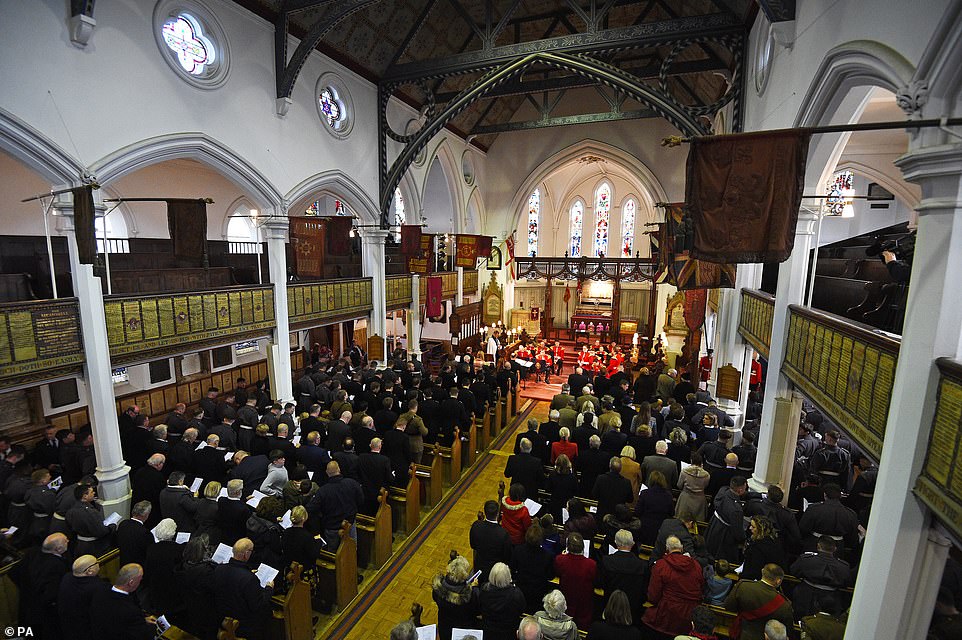 Hundreds turned out for the rededication service