The number of distilleries in the UK has rocketed by 22 per cent in just one year, with more operating in England than in Scotland.

Britain had 80 new distilleries in 2019 bringing the total up to 441 with 228 of those in England, HMRC figures showed.

Scotland - which previously dominated the spirit-making world thanks to Scotch Whisky - has 186 distilleries, 255 fewer than England.

The gin boom - also called the 'ginaissance' - has helped the total number of UK distilleries to more than double in the last five years, from 184 to at least 441. 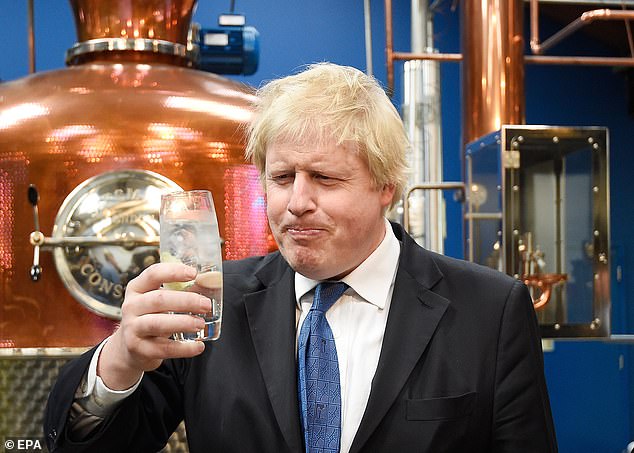 The number of distilleries in the UK has rocketed by 22 per cent in just one year, with more operating in England than in Scotland. Pictured: Boris Johnson with a glass of gin and tonic in a distillery in London in 2015

Since 2010, when there were just 23 distilleries, English distilleries have gone up tenfold.

The 'ginaissance' has meant gin sales

PREV Raging fire kills four after tearing through the top floor of a Bronx apartment ...
NEXT Half-mile tunnel filled with over 4,000 pounds of drugs found near San Diego