Two people are charged with murder and TORTURE over the disappearance of missing toddler Kaydence Mills over four years ago Two people charged with murder and torture in relation to missing two-year-old  Kaydence Mills was last seen by family in 2016 in Chinchilla, rural Queensland Police excavated a property in Chinchilla on Sunday with cadaver dogs 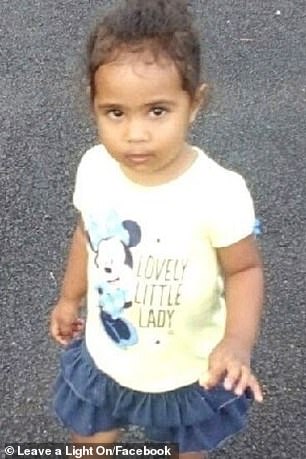 A man and woman have been charged with murder and torture in relation to the disappearance of a two-year-old girl almost four years ago.

Kaydence Dawita Mills was last seen in 2016, but police did not start searching for her until last year after members of her family expressed their concern to a guidance councellor at the local school in Chinchilla, regional Queensland.

An ongoing investigation has been underway ever since, but on Sunday police moved their search to the banks of the Condamine River.

A 40-year-old Chinchilla man and a 28-year-old woman from the same area were both charged with murder, torture and interfering with a

The Wiggles share hilarious meme about self-isolation amid the coronavirus ...