Guitar once owned by John Lennon and George Harrison is valued at £400,000 by Antiques Roadshow expert blown away by 'the most expensive thing I've seen in 25 years' Owner said he was given guitar because he could play it better than Harrison  He used to do recording sessions for Handmade Films, co-founded by Harrison  Was amazed at the guitar's value and he still plays the instrument regularly

A former session musician was 'taken aback' after his guitar, once owned by John Lennon and George Harrison, was valued at £400,000 on the Antiques Roadshow.

Its owner said he was given the instrument because he could play it better than Harrison.

He used to do recording sessions for Handmade Films, the film production company co-founded by Harrison.

At the end of one of the recording sessions, Harrison asked the man, identified as Ray in the BBC One programme, to play a 'strange' guitar. 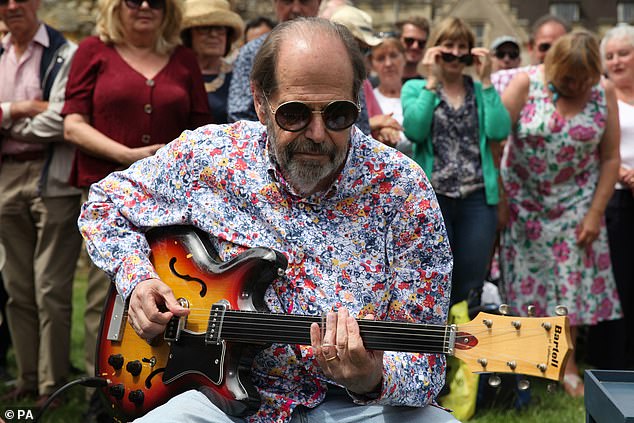 The owner, Ray, said he was given the instrument (pictured on the Antiques Roadshow) because he could play it better than George Harrison

'It's a strange old thing to play - I played

PREV Woman coughs on a man on Sydney train during coronavirus argument
NEXT Security team guarding Prince Harry and Meghan Markle stay in a £1,100-a-week ...