Employees at Bloomberg LP allege that Mike Bloomberg allowed a toxic work culture where he called a woman 'dog face', allowed an editor to continual give female staffers massages and is now championing the woman he allegedly called 'fat' in his presidential candidate campaign.

Those who spoke out against the alleged workplace abuse were repeatedly ignored.

Bloomberg's presidential dreams appeared to hit a very abrupt snag during the Nevada Democratic Debate when Sen. Elizabeth Warren accused him of allowing discrimination and sexual behavior at his 1981 company. 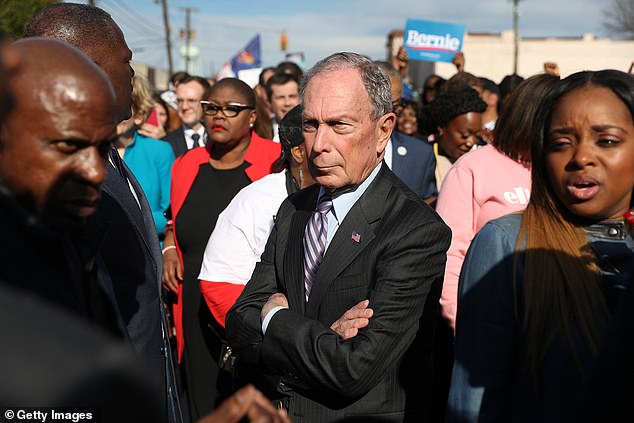 More than 40 former employees have said the work culture at Bloomberg LP under Mike Bloomberg (center) was toxic, discriminatory and allowed harassment

He vehemently denied it, saying: 'I have no tolerance for the kind of behavior that the #MeToo movement has exposed and anybody that does anything wrong in our company, we investigate it, and if it's appropriate, they're gone that day.'

However, Business Insider reports that he routinely used crude remarks when referring to female employees for decades.

One such instance is when he allegedly told a newly pregnant staffer to 'kill it.'

Another incident involved a 25-year Bloomberg veteran named Maggie Berry who is now featured in his campaign ads. 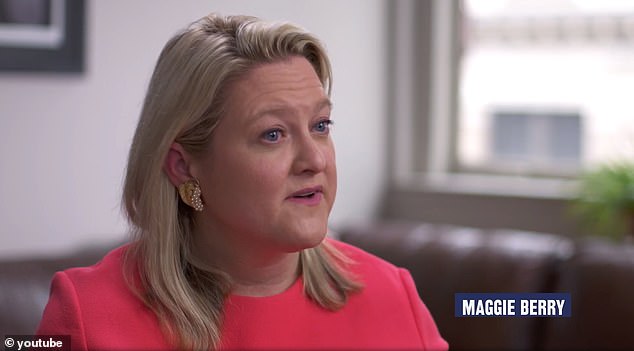 But according to a former employee, Berry was suggested for a promotion into a job that required interacting with clients in the 1990s.

They said Bloomberg dismissed the proposal because of her physical appearance, saying: 'I will not have that fat woman representing my company.'

He eventually hired a man for the position, the former employee said.

In response, Berry shared a statement with Business Insider defending her boss.

'Having Mike's backing and support has allowed me, and many other women at Bloomberg, to progress into management positions overseeing a significant part of our business.'

The same source also recalled instances when Bloomberg and other senior staffers would call woman SFUs - a code for 'short, fat, and ugly' - when certain people would walk through the office.

Bloomberg allegedly created demeaning nicknames for women he found unattractive including 'dogface' and 'Stopatrucksk' - the latter of which referred to the woman's last name and weight.

While talking about a top female employee one time, the source said Bloomberg said 'Don't let the lesbian get you down!'

Bloomberg LP has denied these allegations in a statement, saying that the company 'strongly supports a culture that treats all employees with dignity and respect, and enforces that culture through clear policies and practices.' 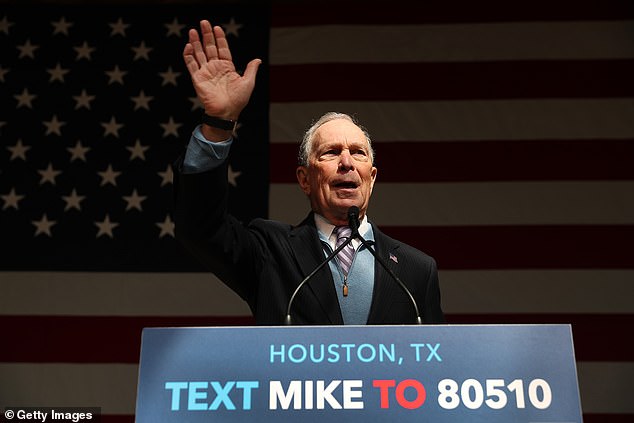 A former employee alleges that Bloomberg (pictured) called certain women SFU's - or 'short, fat, and ugly' and one woman 'dogface'

Not everyone interviewed by Business Insider found Bloomberg offensive and one former employee chalked up the remarks to 'crass guy talk.'

She said: 'I was aware, some of the guys would make jokes about things and use analogies about women or whores that weren't really appropriate. I suppose in a sense maybe he created the culture that allowed that, but it really was no different than a trading floor.'

Former employee Jon Friedman claims that Bloomberg was simply trying to inspire a Wall Street-inspired culture that he wished to promote in his company.

Of the more than 40 former and current employees who spoke out against Bloomberg LP, the former Washington editor Al Hunt reportedly came up several times.

During his time at Bloomberg News, Hunt is said to have created a reputation among employees for a quick temper and giving women massages without asking first.

A source said that he would often walk up behind a female colleague seated at her desk and, without warning, begin rubbing her shoulders. 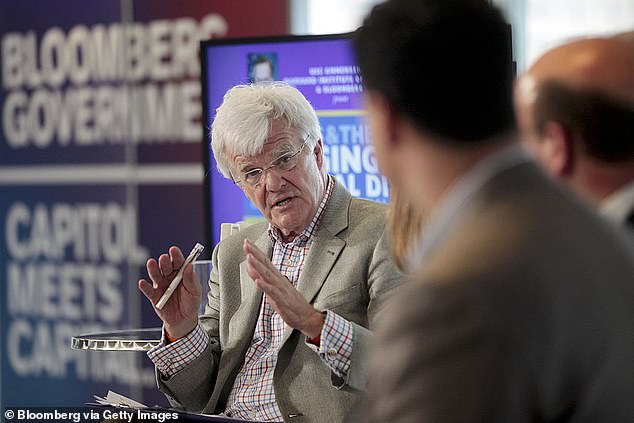 'I remember seeing his hands move pretty rapidly between her shoulders and her arms. His hands were all over her,' one former employee said.

Other former coworkers said that he once held a female employees hand without consent.

In another case he allegedly slapped a woman's bare thigh several times while daring her to tell HR and a separate incident involved him placing a hand on a woman's shoulder without moving it, a source said.

A former employee said: 'Al Hunt talked a progressive game of hiring more women and promoting them, but it was mere virtue-signalling. Young female reporters were just shiny new toys for him.'

Allegations also maintain that Hunt said questionable remarks towards women, including when a co-worker had a matching manicure and pedicure.

This prompted him to ask if anything else matched, a source said.

How an Australian humanitarian and Lady Gaga created the word's biggest ... mogaznewsen