A devastated couple are facing the prospect of having to demolish their dream home after it was almost completely submerged in floodwater that has devastated parts of East Yorkshire.

Kevin and Catherine Lorryman have been left 'heartbroken' at the prospect of losing their modest bungalow in the market town of Snaith after the River Aire burst its banks and flood plains were left overwhelmed this weekend.

The grandparents are just two of hundreds of homeowners who were evacuated from 88 submerged properties in Snaith and surrounding villages last week as Storm Jorge overwhelmed the area's already-struggling defences.

Heartbreaking photographs from outside their home show it almost entirely underwater, with just its roof and solar panels protruding from the water's surface.

Their home is one of 3,344 properties across England that have been flooded in a month, with the Met Office announcing today that this February was the wettest on record with 209mm of rain, and the fifth wettest month of all time since records began in 1862.

Mrs Lorryman, 56, who shares the modest property with her husband, son, daughter-in-law and two grandchildren, said: 'Everything's gone. We didn't manage to save anything, even clothes. We've got nothing.' 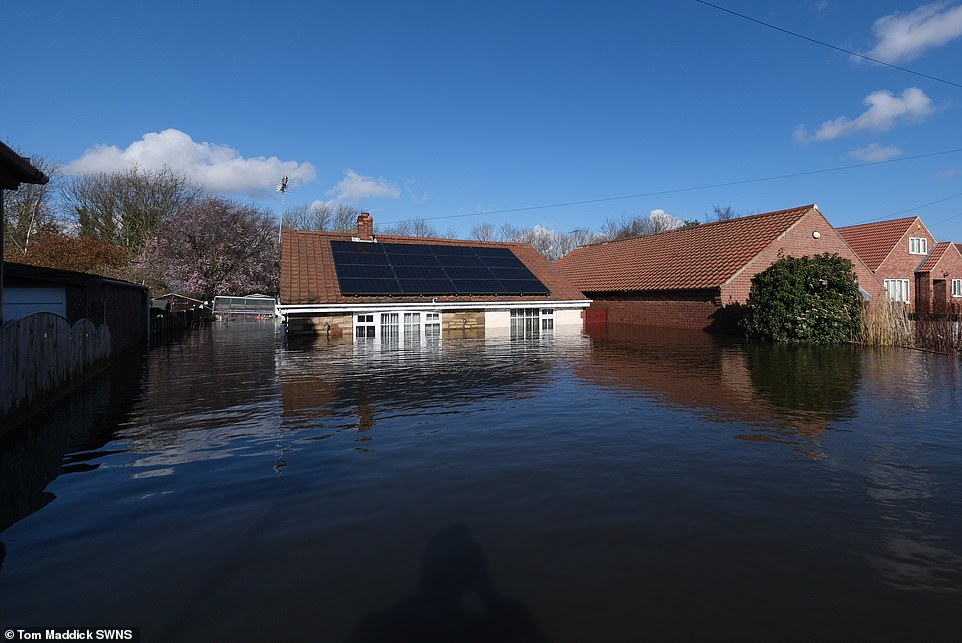 Pictured today: Kevin and Catherine Lorryman have been left 'heartbroken' at the prospect of losing their modest bungalow (shown) in the market town of Snaith after the River Aire burst its banks and flood plains were left overwhelmed this weekend 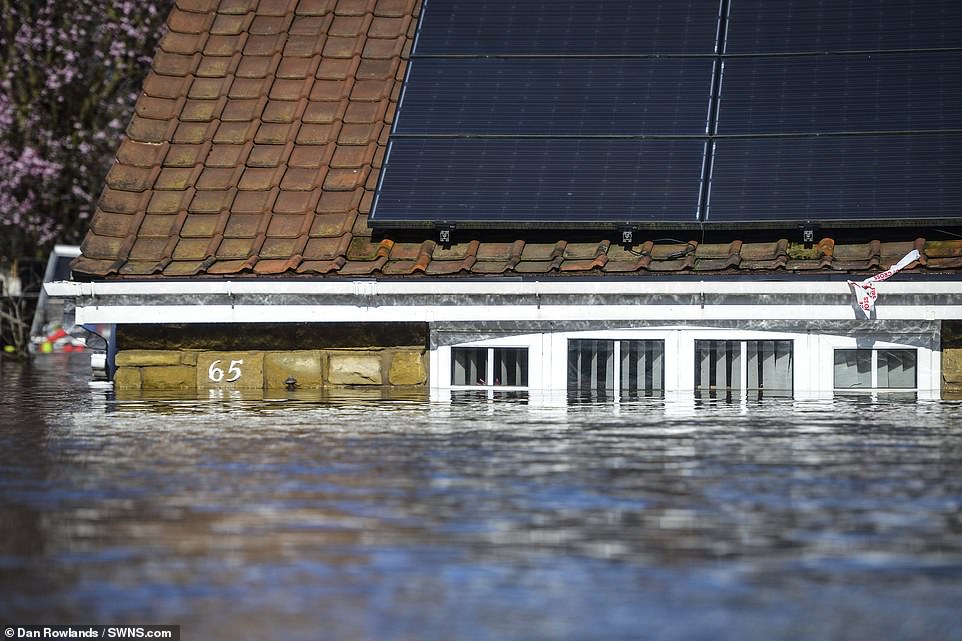 Heartbreaking photographs from outside their home show it almost entirely underwater, with just its roof and solar panels protruding from the water's surface 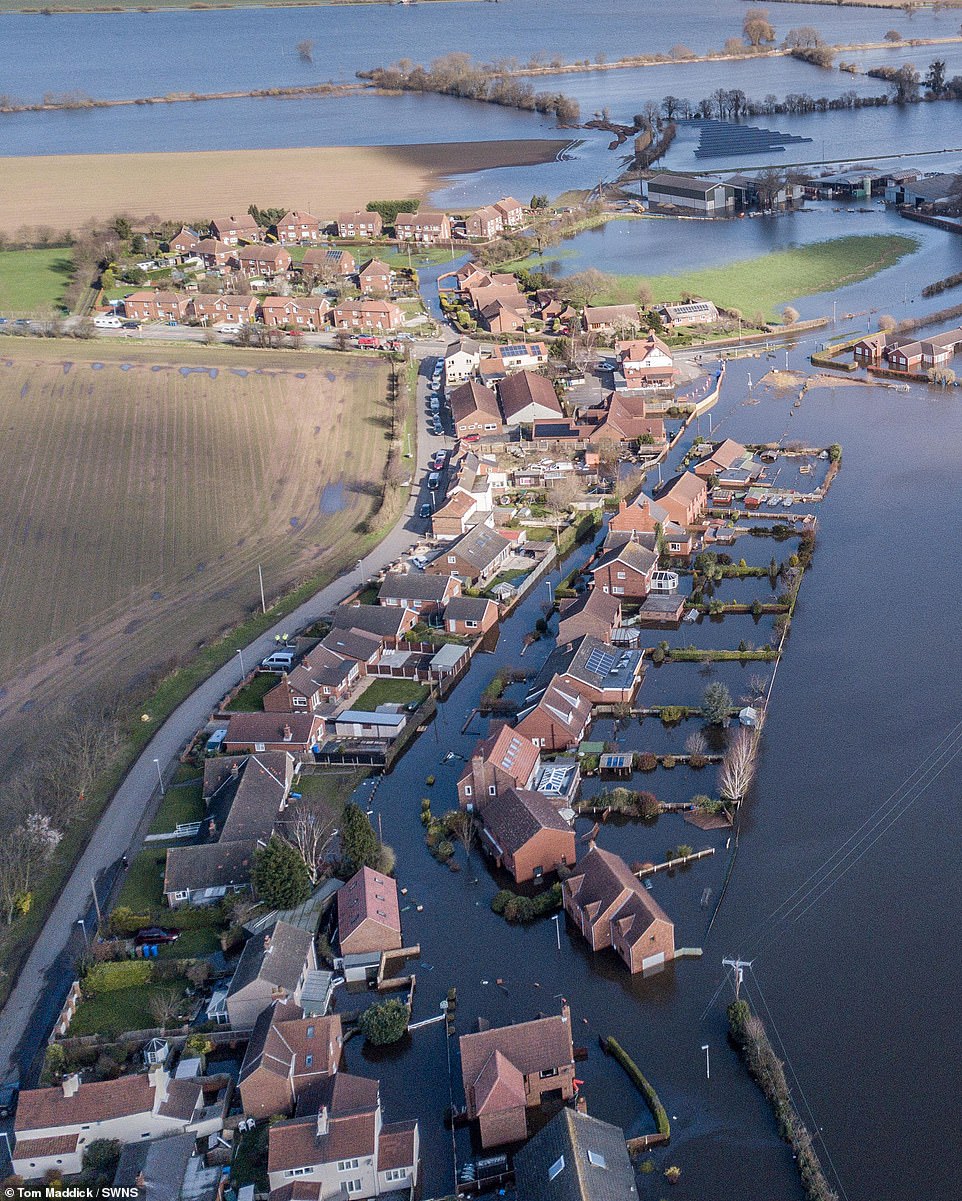 A photograph taken today over East Cowick in East Yorkshire, which neighbours Snaith, shows how the communities have been overwhelmed by floodwater, with about 88 properties deluged 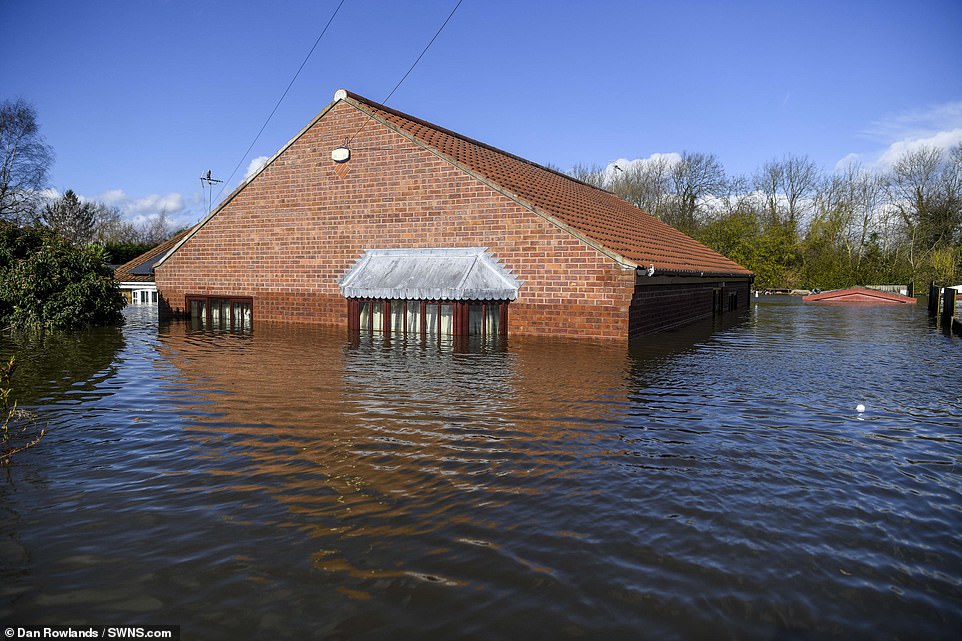 The couple's next door neighbours have suffered a similar fate, with their bungalow also facing the prospect of a total rebuild due to the high level of flood damage 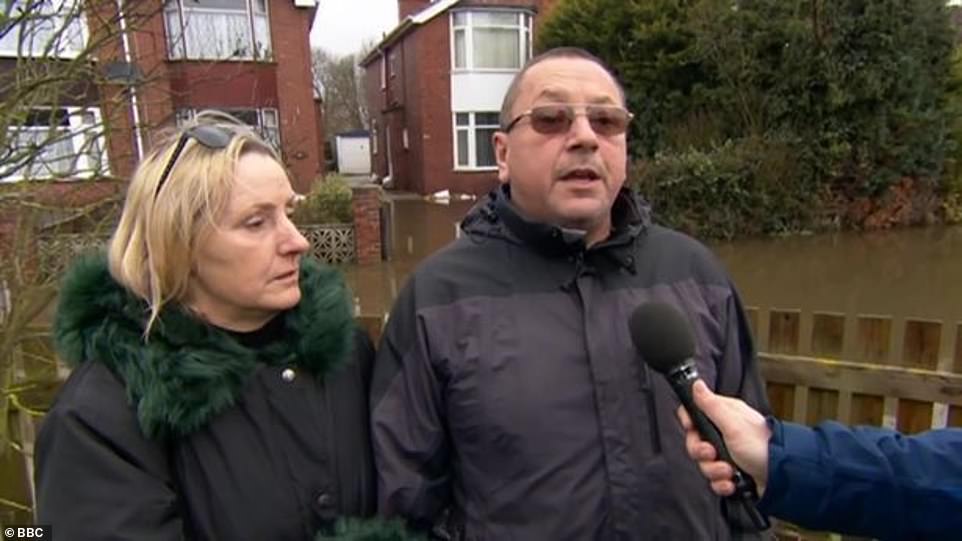 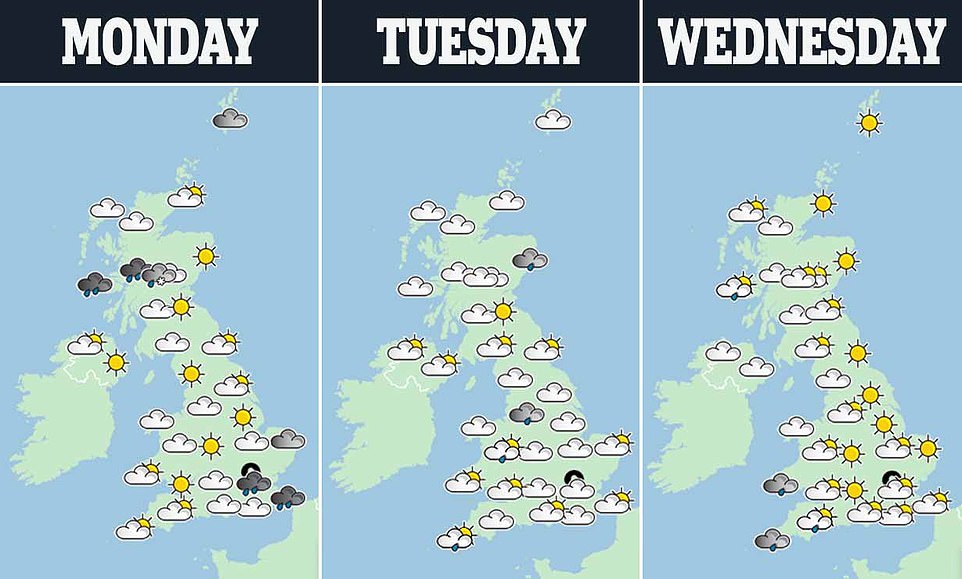 Her husband Kevin told the BBC how seeing their home submerged under the water was 'heartbreaking' for the family, adding: 'We are going to have to demolish I think.

'We are just in a dream world at the moment and there are people all over this town exactly the same, it's a nightmare.'

He told Hull Live: 'We'll probably never get insurance again. I'm going to have to flood proof it. I'm going to rebuild it in case it happens again. That's all I can do.'

Other shocking images from Snaith show homes deeply submerged and the interiors of several houses completely destroyed, with water rising to the level of the top of kitchen counters.

Families made last-ditch attempts to save as much of their belongings as possible, with images from inside their deserted homes showing furniture piled on top of each other and prized possessions mounted on table tops.

Today the Environment Agency (EA) said 76 flood warnings are in place for England - mostly in the South West, along the Welsh border and in Yorkshire - with a further three such warnings in each of Wales and Scotland.

Although heavy downpours have eased, authorities have advised of possible traffic disruptions on Monday morning owing to the continuing flood situation. 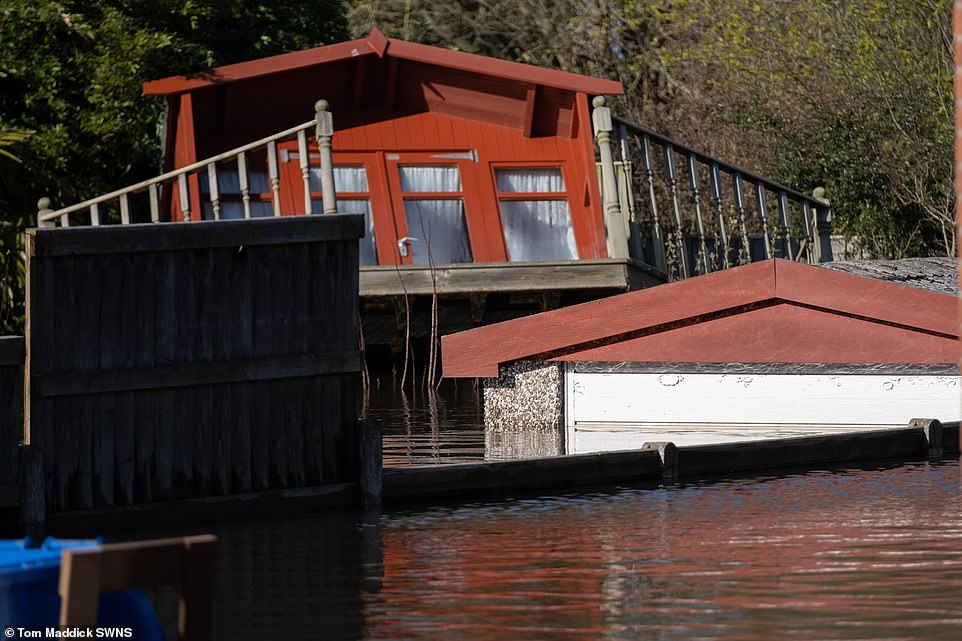 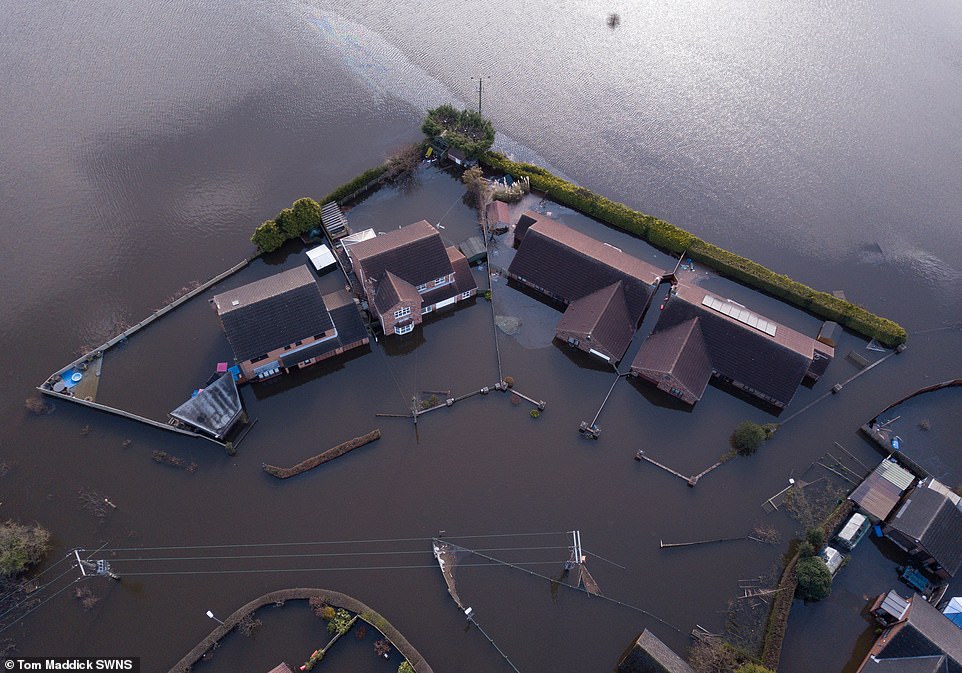 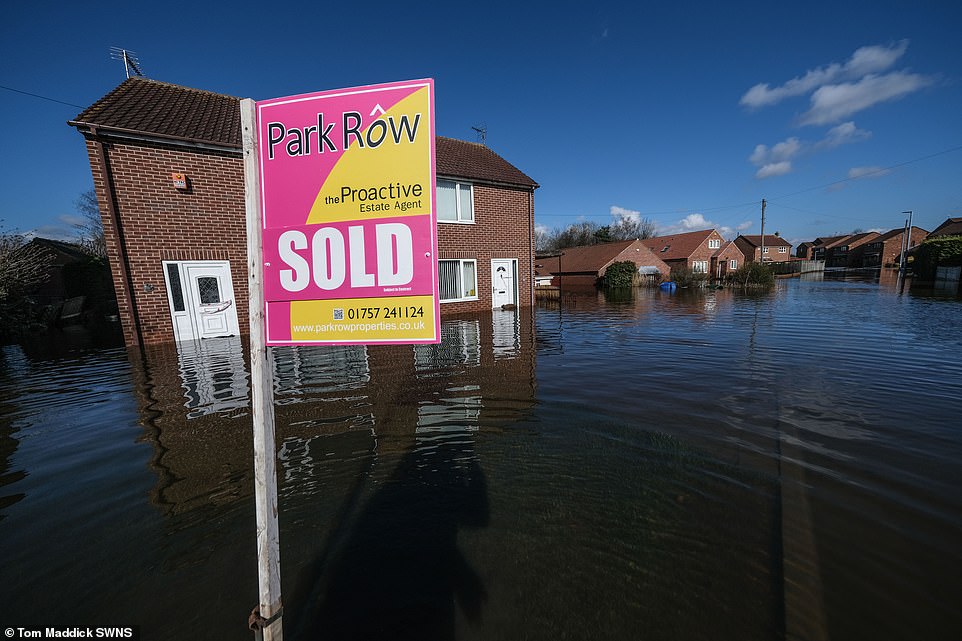 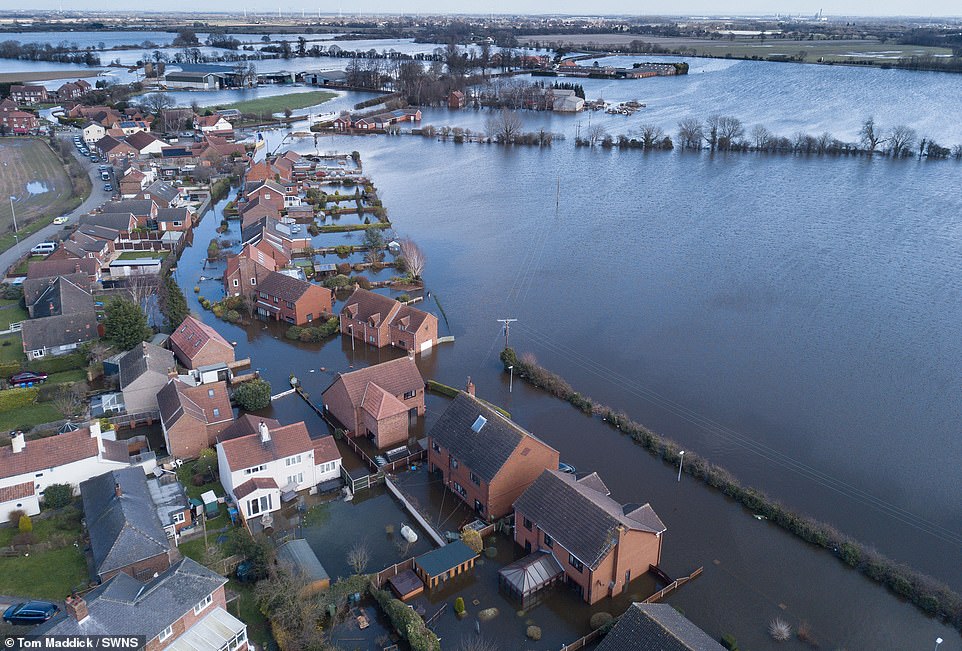 Homes in East Cowick (shown today) are just some of 3,344 properties across England that have been flooded in just under a month 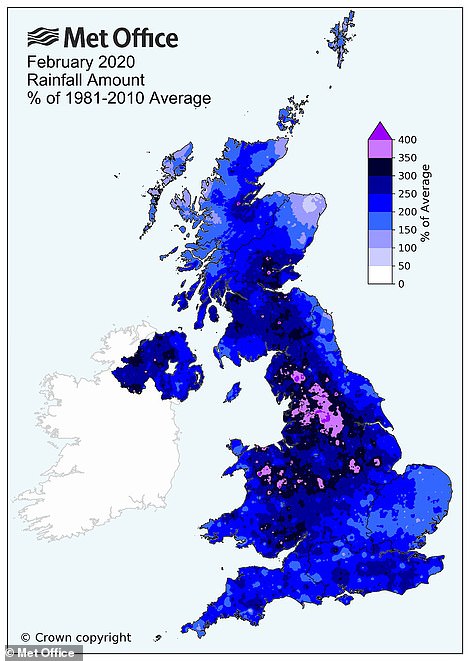 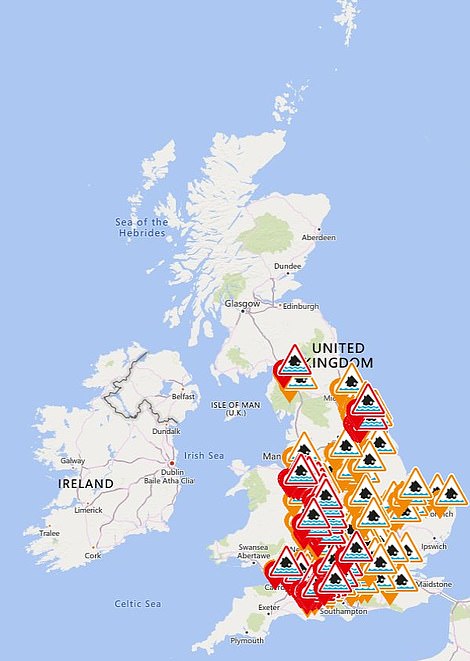 The Met Office said this February was the wettest on record (shown left), while pictured right are the current flood warnings still in effect in England 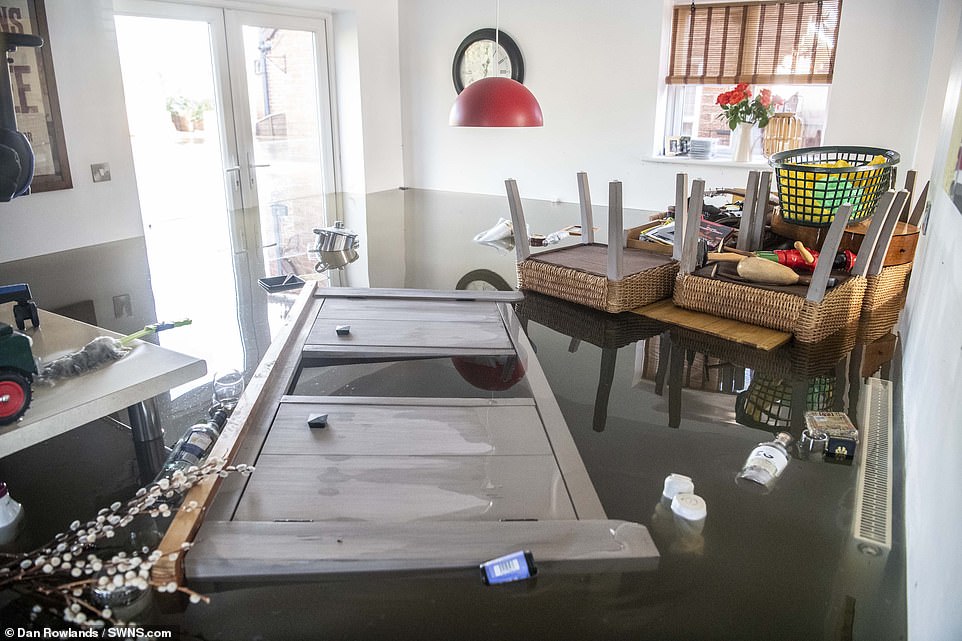 A flooded interior of a home in Snaith, East Yorkshire on Sunday. Flood-hit towns took another severe battering this weekend as February was declared the wettest on record 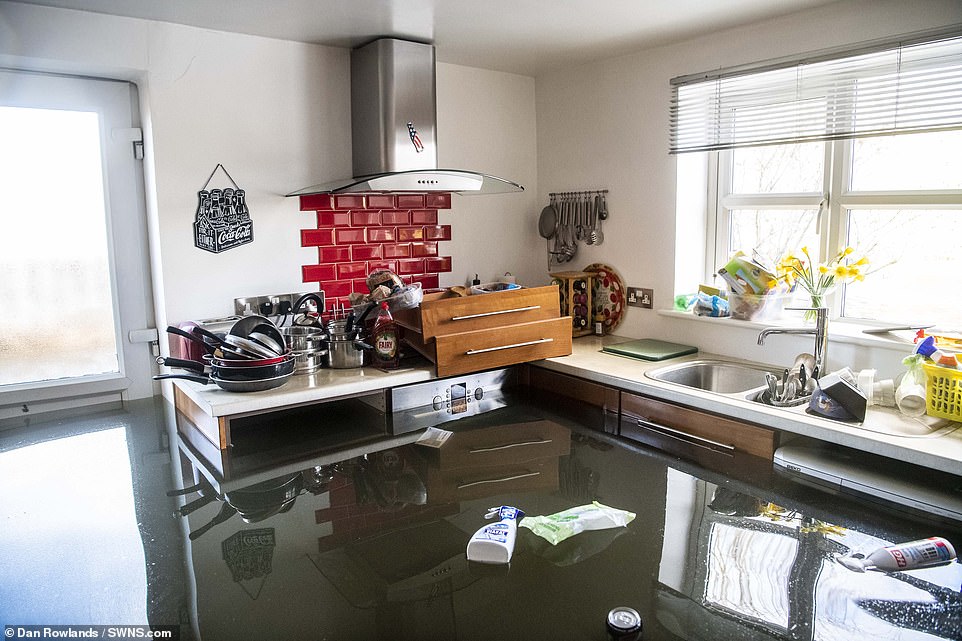 Storm Jorge was the latest in a series which have struck the UK, bringing heavy downpours, 70 mph gales and snow. Pictured: a home in Snaith, East Yorkshire on Sunday 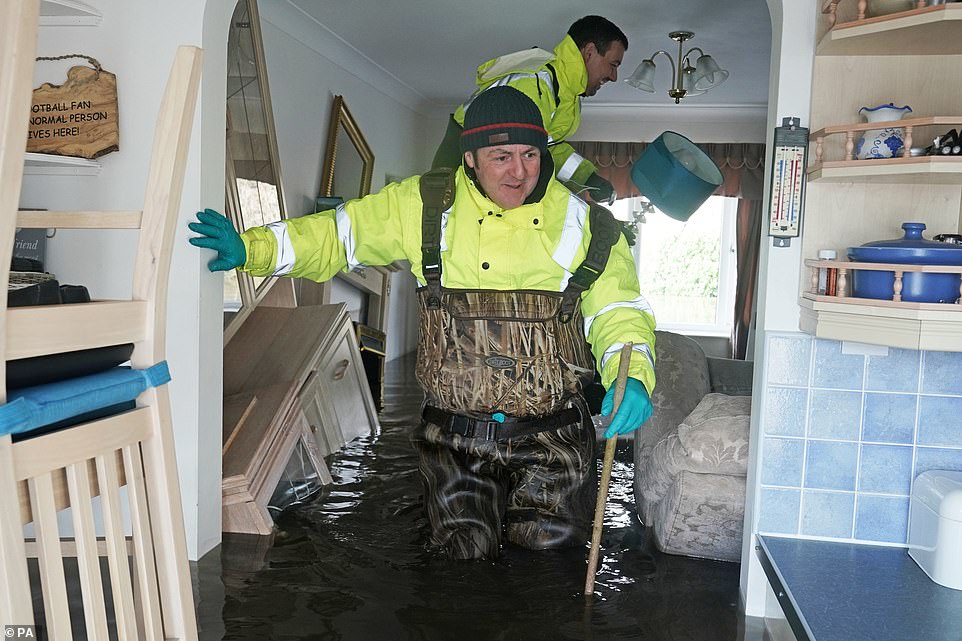 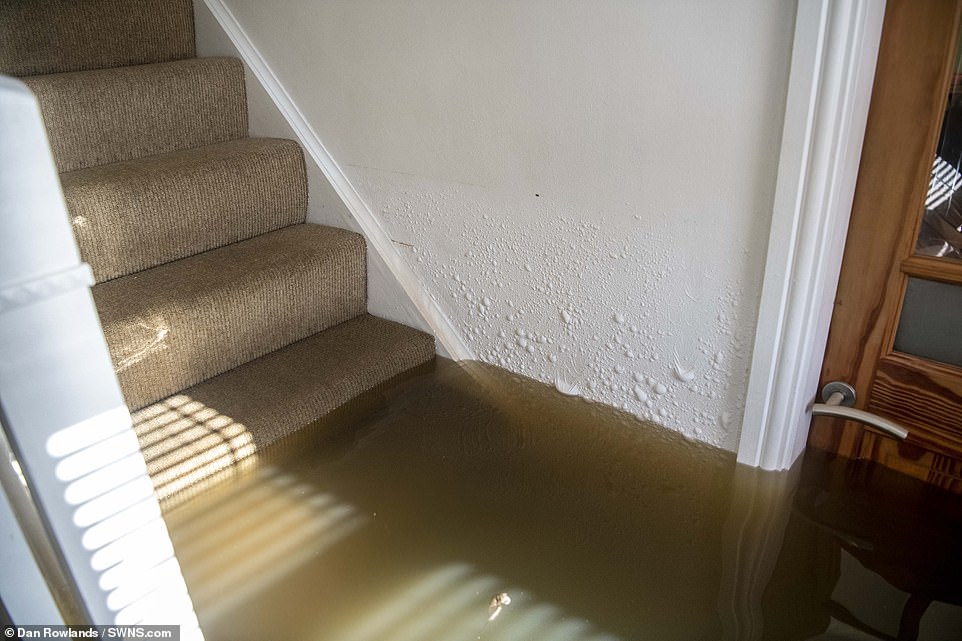 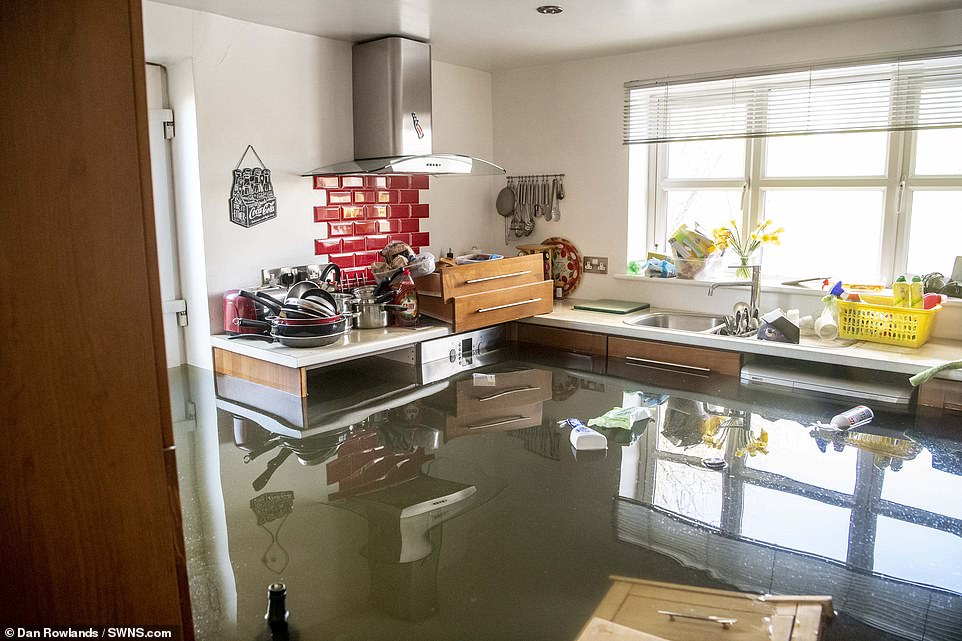 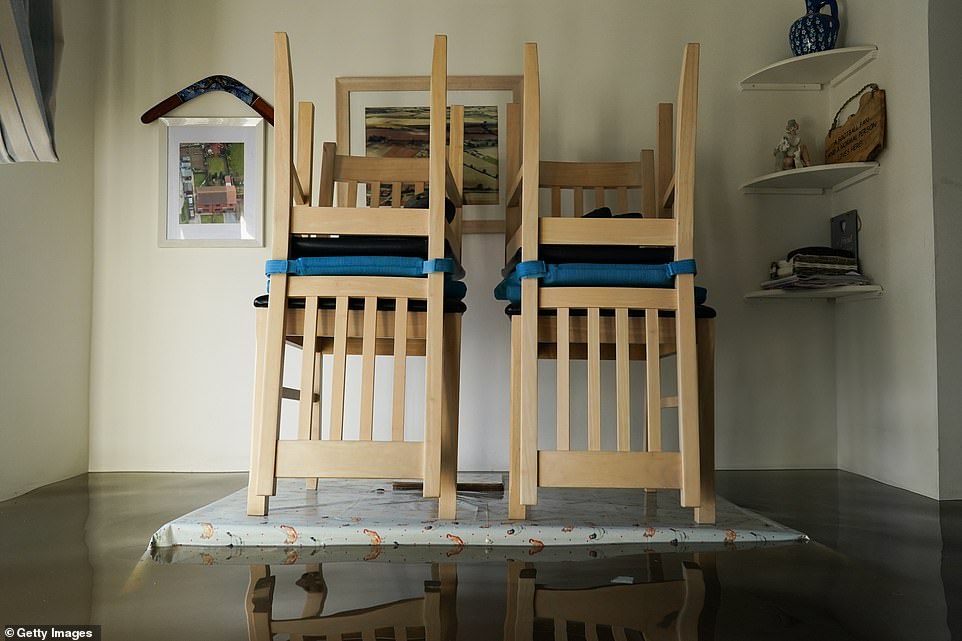 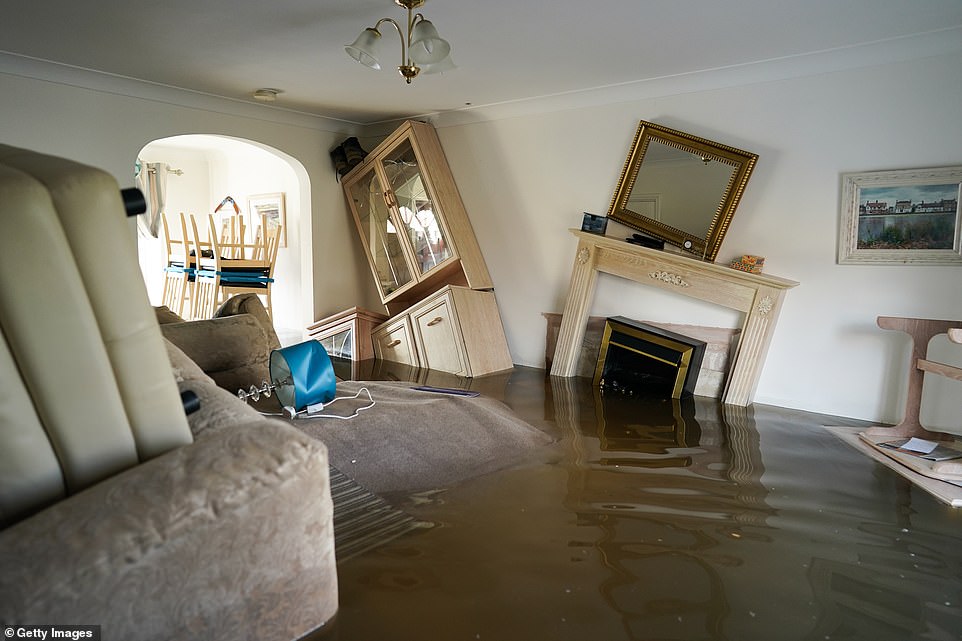 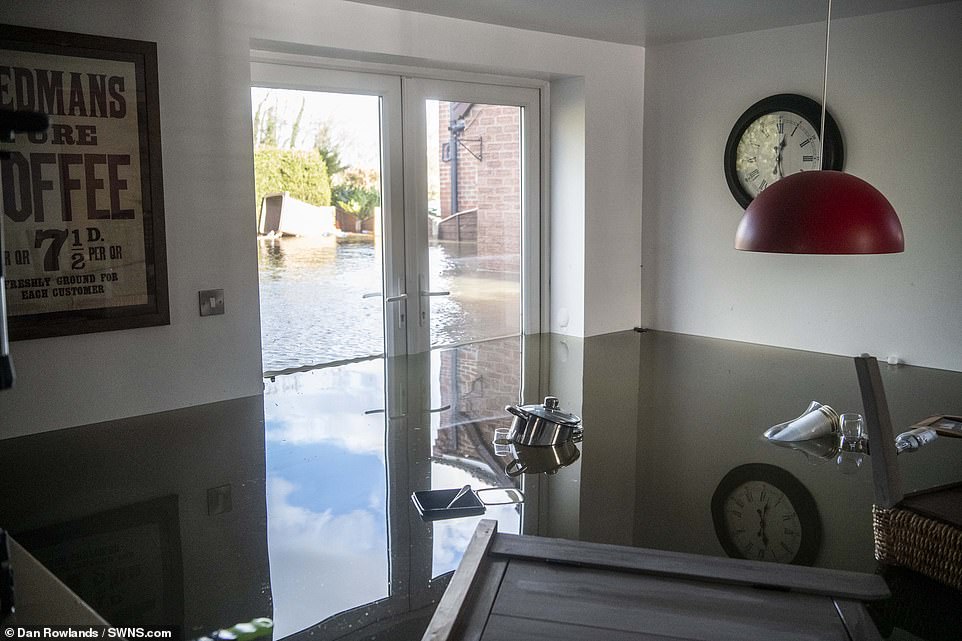 The UK average for this February was 202.1mm, beating the previous record in 1990 of 193.4mm since records began in 1862. Pictured: a kitchen destroyed by the floods in Snaith, East Yorkshire

PREV When will I see you again? Coronavirus keeps couples apart
NEXT Security team guarding Prince Harry and Meghan Markle stay in a £1,100-a-week ...