Jessica Blower is certainly not the first driver to be hit with a fine for stopping a car in the vicinity of the airport estate - there have been a string of similar incidents reported in the last few months. 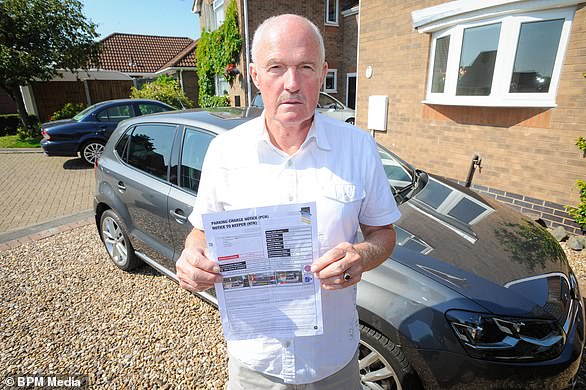 Paul Hayes (pictured above) was fined by Vehicle Control Services for stopping at the petrol station, though his charge was later dropped

Paul Hayes, from Ratby Leicestershire, expressed dismay last August about the fine that was levied after he says he stopped to fill his car with petrol at the airport and went into the shop afterwards.

'I had filled up the car with petrol and we went into the shop,' Hayes said. 'I came out and moved forward, to let the person behind me in, because they were queuing. My passenger came out about two minutes later, and someone in a van had taken a picture of me getting in the car.

'I wasn't parking up at the airport, so basically they've had me for filling up petrol,' Hayes said.

'This is ridiculous, I'm very angry, a couple of years ago I had a heart attack and a cardiac arrest, I'm supposed to stay calm but this isn't helping me,' he added.

Hayes had used the petrol station as it was the nearest after going out for a meal with a member of his family in July.

Hayes said an initial appeal against the fine was rejected. The charge was later dropped. 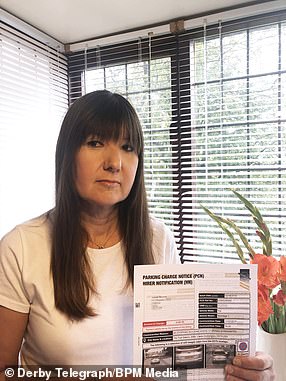 Louise Stevens, 54, from Littleover, Derbyshire (pictured) was also fined for using the filling station at East Midlands Airport. She claims the punishment was unjust

Louise Stevens, 54, from Littleover, Derbyshire said she was fined the same month after she parked at the petrol station for two minutes so she could get a quick bite to eat.

She claims she went to the short stay car park to pick up her daughter and her friend who had been on holiday in Portugal.

Stevens said she was shocked to receive a £100 parking bill through her door for 'stopping at a zone where stopping is prohibited'.

PREV 'It's deep-breath time': virus spreads to more countries as new cases slow in ... mogaznewsen
NEXT Blind man flunks his citizenship test because they tried to make him read a ...