Inside the Bali Geckos: The footy team filled with recovering ice addicts, expats and locals who can't speak English - and how AFL star Dusty Martin coached them to success The Bali Geckos are a team comprised of ex drug addicts and Aussie expats  The coach is trying to make them a world class team and train local players  AFL star Dustin Martin visited the club to help train them up and coach them 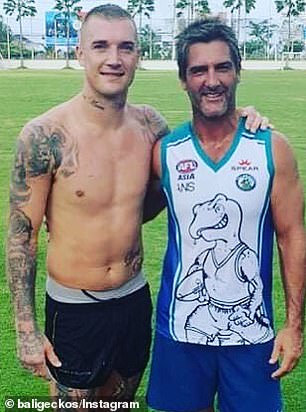 A footy team in Bali made up of recovering ice addicts, Australian expats and locals who can't speak English have their sights set on competing in an international tournament Down Under.

The football team, dubbed the Bali Geckos, have been trained by AFL legends Dustin Martin and Dane Swan in the past and are hoping to raise $80,000 to travel to Noosa for the International Cup.

While the club accepts people from all walks of life, the focus is to continue building up a local connection with the sport and put Bali on the map as a football nation.

Some of the local players hardly speak a word of English - and while they sometimes struggle to take direction, they're eager to play and learn from the others.

AFL superstar Dustin Martin joined the team in December 2018 to train with them and help boost morale throughout the club.

The two-time premiership winner was a huge draw card for players - most of whom don't train in December because it's Bali's wet season.

Ricky Olarenshaw, a former AFL star in Australia who relocated to Bali in 2013, is the head coach at the club and got in touch with Martin before he visited for a holiday. 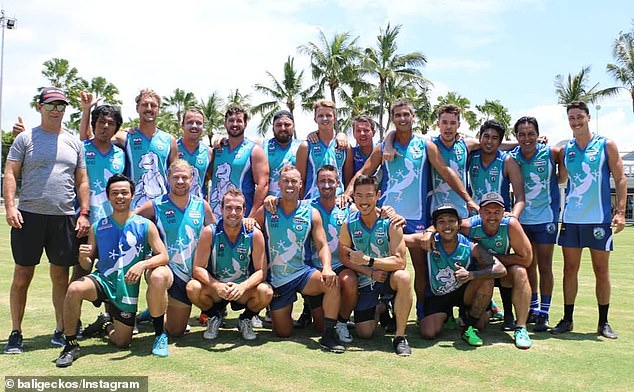 Pictured: The Bali Geckos team is brimming with members from all walks of life - including locals with limited English language skills and recovering drug addicts

He sent a group text to all club members which read: 'Dusty is in town, boys. We need to train.'

He told Fox 'the boys came from everywhere to

PREV RPT-INSIGHT-“All our dreams are gone;” Desperation deepens for Syrians as conflict intensifies
NEXT Security team guarding Prince Harry and Meghan Markle stay in a £1,100-a-week ...