Japan could lose more than £11billion if the Tokyo Olympics are cancelled over coronavirus fears, while private firms face further losses of £6.5billion, it is feared.

The £9.6billion bill for the Olympics including huge taxpayer spending on a new national stadium would be regarded as wasted if the Games are cancelled.

In addition, experts say that Japan's tourism industry could suffer a £1.7billion blow if the expected thousands of spectators do not materialise - bringing Japan's total losses to £11.4billion.

On top of that, private companies have already shelled out billions for sponsorship and media contracts while the global insurance industry would also face a hefty bill.

The combined losses to private firms could be as high as £6.4billion, it is believed.

Organisers insist that the Games will go ahead but doubts have grown in recent weeks, with 271 virus cases confirmed in Japan plus hundreds more on the Diamond Princess cruise ship.

Japan's Olympics minister said today that Tokyo's contract to host the Games within 2020 'could be interpreted' as allowing a postponement until the end of the year.

Scroll down for a breakdown of the potential losses if the Games are cancelled. 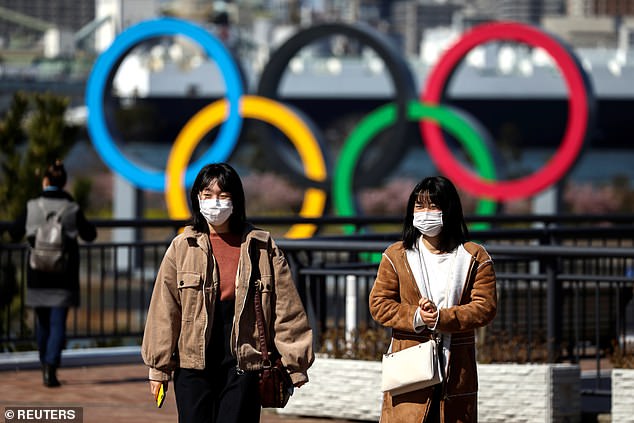 COSTS OF STAGING THE OLYMPICS

Organisers said in December that the Games were expected to cost some 1.35 trillion yen (£9.6billion).

The budget is split between the organising committee, the Japanese government and local authorities, with the International Olympic Committee (IOC) also contributing more than £600million.

The £9.6billion figure did not include an estimated £22million in additional costs for moving the marathon and walking events from Tokyo to avoid the summer heat.

Organisers say the national government will have paid more than £1billion, mainly for funding a new national stadium.

The venue was built specifically for the 2020 Games, with the previous national stadium demolished in 2015.

The central government is also helping to fund the Paralympics, while the city of Tokyo is also contributing funds.

Japan's Board of Audit put government spending much higher at nearly £7.7billion, using a broader definition of 'Games-related' spending which includes upgrades to transport and infrastructure. 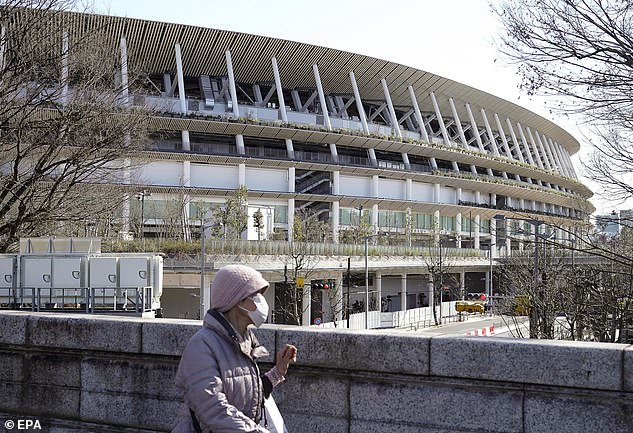 A pedestrian wearing a face mask walks past the new National Stadium, venue of the opening and closing ceremony of the Tokyo 2020 Games

A Bank of Japan study in 2016 estimated that Games-related spending would peak at 0.6 per cent of gross domestic product (GDP) in 2018 and be less than 0.2 per cent of GDP in 2020, research consultancy Capital Economics said.

Tourism, a major contributor to recent Japanese growth, is likely to be affected, although economists say the greater threat is from the coronavirus spread itself.

'There will be no year 13': Education Minister says year 12 students will ...