Jealous boyfriend, 27, walks free from court after throttling his girlfriend in a fit of rage during bungled attempt to catch her in bed with another man Matthew Rothwell wrongly suspected his partner Toni Oven had cheated on him He ambushed the mother-of-two at home but he found Miss Oven sleeping alone Rothwell, 27, then became so angry that he smashed her phone and throttled her He was given 15-week suspended jail sentence at Manchester Magistrates Court

By Alexander Robertson For Mailonline

A jealous boyfriend who throttled his innocent girlfriend in a fit of rage after a bungled attempt to catch her in bed with another man has walked free from court.

Matthew Rothwell, 27, had wrongly suspected that his partner Toni Oven had cheated on him during her birthday party.

But when he ambushed the mother-of-two at her home at 9am the following morning, Rothwell found Miss Oven sleeping alone.

Manchester Magistrates Court heard he was so angry at being proved wrong that he smashed up Miss Oven's phone and choked her until she could barely breathe.

His tirade ended with him being shut out of Miss Oven's house in Salford, Greater Manchester by a friend who had stayed over at the house. 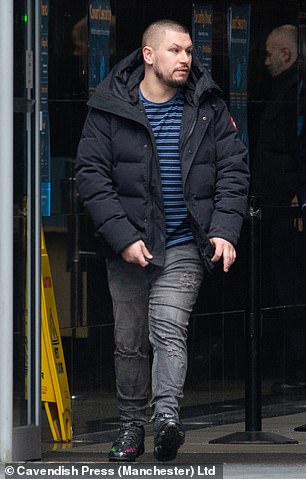 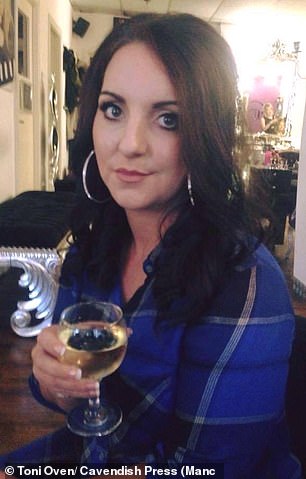 Rothwell punched a hole through the front door and threw a car jack at her window during the incident before he was arrested.

In a statement to police, Miss Oven said: 'I feel hurt and upset at what happened. I just feel he has ripped my heart out and put it back in over and over again.'

Rothwell, from Westhoughton, near Bolton, admitted assault by beating and criminal damage and was sentenced to 15 weeks jail suspended for two years.