Throw away the key: Evil paedophile couple who raped their own children and forced them to take part in 'swinger' sex sessions cop RECORD jail term A mother and stepfather were sentenced to 28 and 26 years in jail respectively The pair recorded her son and daughter being abused in a swingers sex group  SD cards containing their heinous abuse were found in Perth in January 2018  Court heard they were drugged with methylamphetamine before being abused

A paedophile couple have copped a record jail sentence after being convicted of drugging their own children and forcing them to take part in 'swinger' sex sessions.

The 41-year-old mother of the children and their 47-year-old stepfather were sentenced to 28 and 26 years respectively in the longest jail sentences ever handed down in Western Australia for child sex crimes.

The couple, who can't be named to protect the identity of their children, recorded their children being abused in a swingers sex group.

SD cards with footage of their abuse were found in a home in Perth in January 2018.

Recordings showed the woman's daughter being repeatedly abused by the couple and other men. 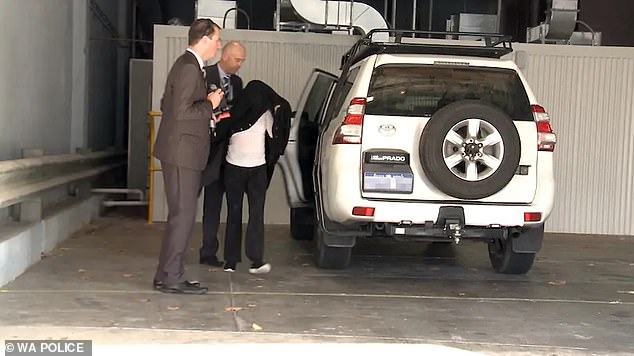 The ABC reported the young girl revealed to police that her younger brother was also abused by her mother and her partner, and that they were drugged with a 'stupefying substance' believed to be methylamphetamine before being abused.

The children were abused for four