Massive recipe change coming to Vegemite: Iconic Australian spread is set to slash its salt content by nearly HALF - but not everyone is happy Vegemite have announced a variation to their recipe with 40 per cent less salt  The product is aimed at Vegemite fans who have changing dietary requirements Not everyone was supportive of it - 'Don't destroy life's one simple pleasure'

Iconic Australian spread Vegemite has announced a variation to their recipe.

Bega Cheese, Vegemite's parent company, this week launched a new alternative to the classic spread with 40 per cent less salt.

The variation was developed in less than a year and is aimed at Vegemite fans who have dietary requirements. 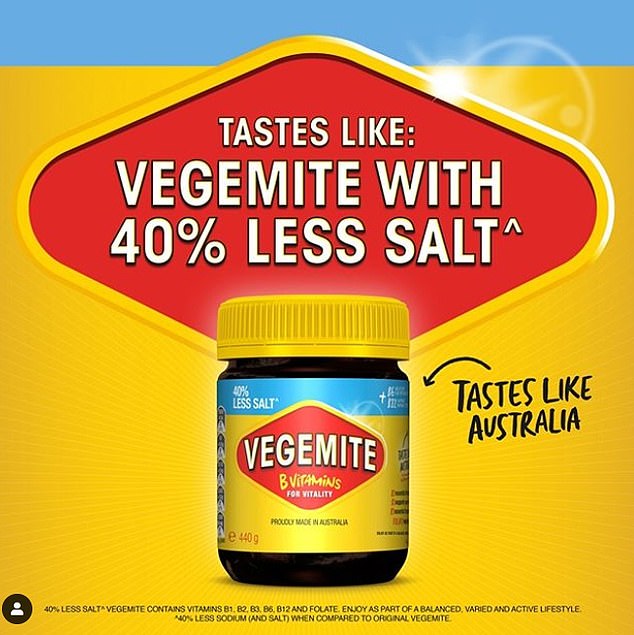 'Our research has indicated that older Australians, as well as families with children are looking to reduce their salt intake,' he said.

'Therefore, it was important that we introduced a Vegemite product that all Australians can continue to enjoy – whether it’s for breakfast, lunch or tea.'

PREV Calls for Priti Patel to quit as she heads to the Home Office
NEXT Security team guarding Prince Harry and Meghan Markle stay in a £1,100-a-week ...