A £90,000-a-year City worker accused of murdering her four-week old daughter with her Lithuanian lover told police 'my god, I'm such a bad mother’ hours before her daughter's death, a court heard. 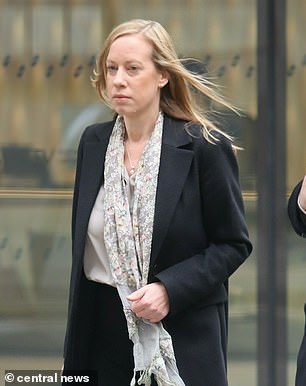 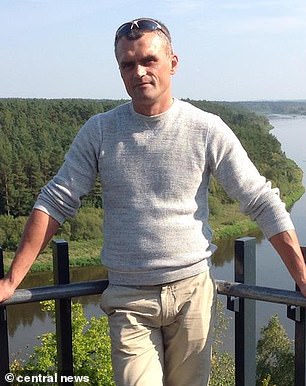 Clare Sanders, 43, and her Lithuanian lover Tomas Vaitkevicius, 45, allegedly shook tiny Eva on three separate occasions at their south London flat in August 2017. Both deny murder and an alternative count of causing or allowing the death of a vulnerable child

Jurors at the Old Bailey today heard the transcript of Sanders’ police interview, recorded hours before Eva died, in which she admitted finishing a bottle of ‘a liqueur thing’ the previous night.

Paramedics were sent to the couple's house in Mitcham at 2.40am on September 1 after an emergency call was made by neighbour Karen Brewell who lived in the same block of flats in Mitcham, south London, as the couple.

Financial consultant Sanders was banging on her door screaming: 'My baby, my baby,' while little Eva was on her back in just a nappy.

Eva was rushed to a hospital in south London as paramedics tried to treat her.

She was pronounced dead shortly before 7am on September 2, 2017 and a post-mortem later gave the cause of death as 'traumatic brain and spinal cord injury.'

Claire Harden-Frost, prosecuting, read out Sanders’ police interview from the evening of September 1.

Sanders said: ‘It’s all my fault for not keeping an eye on her. Tom (Vaitkevicius) had already had a couple of beers. We had some of that, like,

How George Pell's lawyers convinced the High Court that his convictions should ...