A student from Singapore was left with a fractured face after he confronted thugs in London who punched him after they said 'coronavirus' to him.

Jonathan Mok had been walking through Oxford Street on February 24 when he passed a group of men.

The 23-year-old said one man told him he 'didn't want coronavirus in our country' before kicking him on the ground.

Mr Mok suffered fractures and may now need reconstructive surgery after the incident.

He has lived in the capital for the last two years and claims he had already suffered racist abuse before the virus. 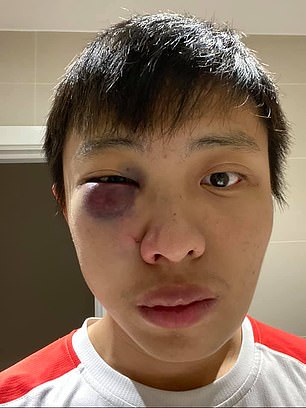 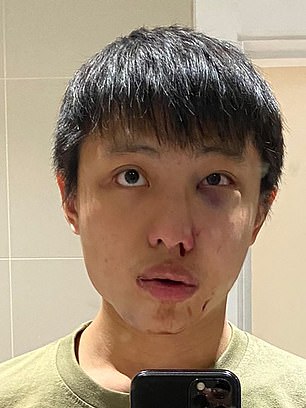 It comes after it was revealed that a woman in Birmingham was attacked after she confronted a man who racially-abused her friend, telling her to 'take your f****** coronavirus back home'.

Meera Solanki stood up for Mandy Huang but the man pushed her in the head and she was knocked unconscious, The Independent reported.

Another student Wenbin Wu, was also targeted in Kent because of his race.

Mr Wu who is studying at university in London, was on a day-trip to Margate in Kent when three teens fake sneezed and shouted “coronavirus” as he walked past.

The 27-year-old, who studies computer science and finance at King’s College London, said one tried to pick a fight and followed him and his two companions until he started taking photos and recording them.

He said it was the first time in three years he has spent living in the UK that he felt singled out or abused for his race.

Mr Mok, who has an English father and Chinese mother has now branded the attackers as 'cowards' and told them to 'grow a pair'.

He posted to social media last night: 'I walked past a group of young men, when one of them said something to me. I could make out the word 'coronavirus'.'

After Mr Mok turned and confronted the group he was set upon. 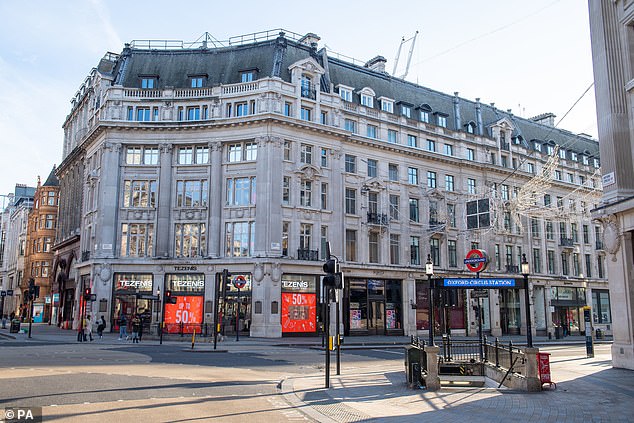 Mr Mok had been walking along Oxford Street