Brutal moment snowboarder slams into a metal bar and knocks herself out during practice leap – leaving her with two black eyes and a broken nose Macarena Valle, 24, also did a flip in the air before slamming into the ground She was unconscious for several minutes after the accident at Burton US Open Ms Valle has shared an image of her heavily dented helmet after the crash

A 24-year-old snowboarder has escaped with concussion, two black eyes and a broken nose after knocking herself out during a practice race.

Shocking footage shows Macarena Valle slam her head into a metal rail when she misses it at the Burton US Open 2020, in Vail, Colorado, before flipping and crashing into the frozen ground.

She was unconscious for several minutes and later posted a photo showing a large dent in her helmet. 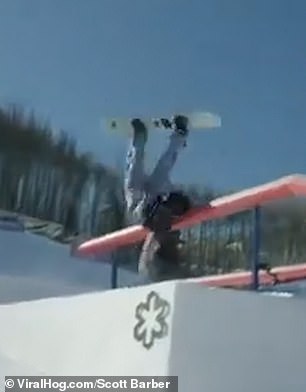 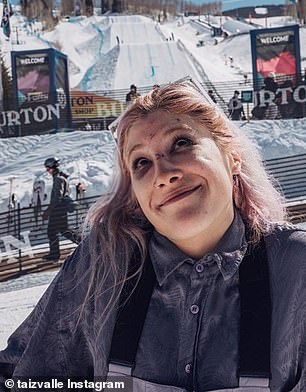 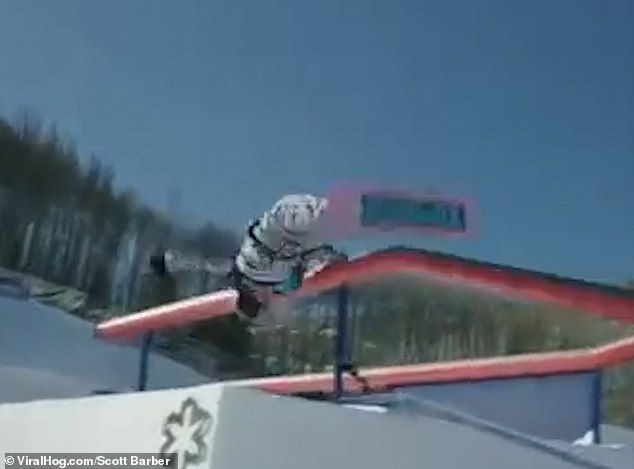